Across The Peak E002: On Being Competent and Dangerous

Welcome back to the Across The Peak Podcast! After a four-year silence we are re-releasing the ATP archive. Here it is, folks, Across The Peak Episode 002: On Being Competent and Dangerous! This show was originally released on 07/31/2018.

On Being Competent and Dangerous

This was another groundwork-laying episode. This was an attempt at delving a bit more deeply into the idea behind Across The Peak. It ended up being a bit of a rumination on values, manhood, and imposition of will.

The show opens with some banter. Notably we talk about the origins of India Pale Ale (IPA) beer. Turns out The Cannon Brew Pub in Columbus, GA still offers the “Special ‘Ops IPA” I saw in 2005 while attending Airborne school. After that we get into the meat the show. We discuss:

Peterson, “It’s very helpful for people to hear that they should make themselves competent and dangerous and take their proper place in the world.”

Stossel, “Competent and dangerous? Why dangerous?”

“There’s nothing to you otherwise,” Peterson replies. “If you’re not a formidable force, there’s no morality in your self-control. If you’re incapable of violence, not being violent isn’t a virtue. People who teach martial arts know this full well. If you learn martial arts, you learn to be dangerous, but simultaneously you learn to control it … Life is a very difficult process and you’re not prepared for it unless you have the capacity to be dangerous.”

Stossel counters, “By dangerous that implies I should be ready to threaten someone, to hurt somebody.”

“No, you should be capable of it. But that doesn’t mean you should use it,” Peterson finishes.

The book of the week was my pick: The Way of Men by Jack Donovan. This is a very good book and I highly recommend it. As I discovered a few days later, however, DO NOT get the audio version! The reading is terrible, just terrible.

First, there’s that weird “tour guide” thing again. I still don’t know what was up with that. Also, “quote of the day”? What the hell is the quote of the day? However, there were some excellent quotes given in this show. Finally, I’m still really impressed with the quality of these early episodes! I expected them to be awful. For a somewhat unstructured episode I thought this was a really good listen. 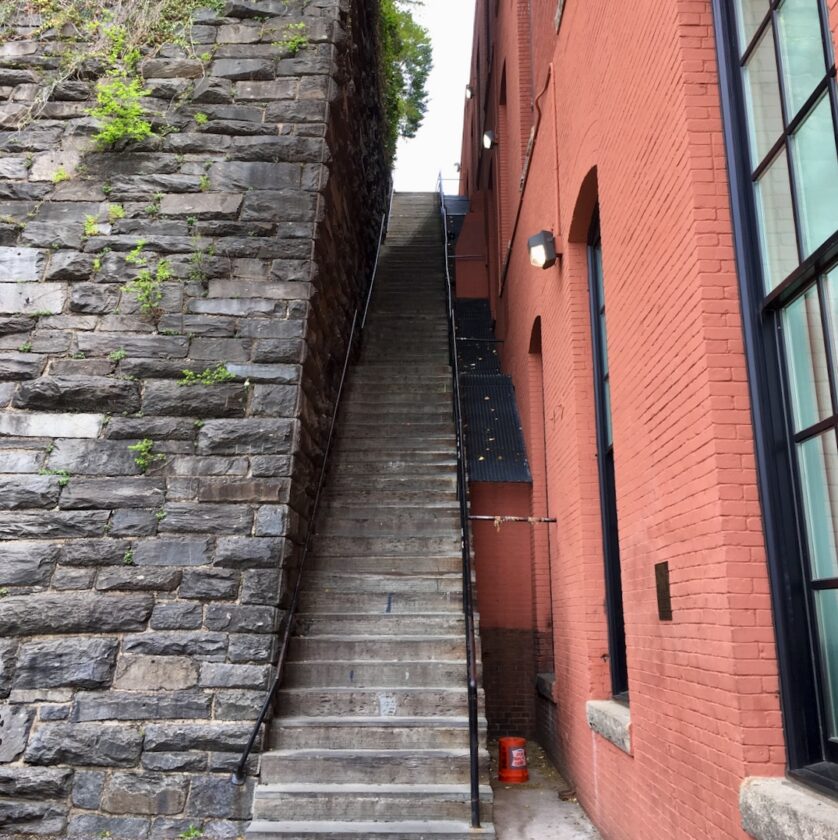 A little “inside baseball” on this episode: the photo above is the staircase show in the film The Exorcist. It is right on the Potomac between Prospect Street NW (above) and Canal Road NW in Washington, D.C. When I told Rich at the top of the show I had been hanging out in the city this is where I was. A friend and I went and walked around the city, then had a pizza and a beer and I headed home to record.