Across The Peak E005: 10 Cognitive Biases

Welcome back to the Across The Peak Podcast! After a four-year silence we are re-releasing the ATP archive. Here it is, folks, Across The Peak Episode 005: 10 Cognitive Biases to Know and Love! This show was originally released on 07/31/2018.

10 Cognitive Biases to Know and Love

The belief that you are immune to the forces that influence the rest of humanity. This is maybe the most important of the cognitive biases to understand. If you can’t get over this one you can’t deal with any of the below in your own life.

The foot in the door technique (Freedman & Fraser, 1966) assumes that agreeing to a small request will increase the likelihood of agreeing to a second, larger request. So, initially someone will make a small request and once the person agrees to this small request, they find it more difficult to refuse a bigger one. (Which is what they are planning on doing anyway)…Intelligence operatives use this all the time, to compromise potential sources. The foot-in-the-door technique works on the principle of consistency (Petrova et al., 2007). This means that as long as the request in consistent with or similar in nature to the original small request, the technique will work.

Door in the face

Refusing a large request increases the likelihood of agreeing to a second, smaller request. Initially you make a big request which a person can be expected to refuse. Then you make a smaller request (which is what you wanted) and the person finds it difficult to refuse because they feel they shouldn’t always say NO! For example, negotiating a pay rise with your boss. First you make a request for a $10 an hour raise. When this is refused you make a more realistic request and ask for $5.It has been found that the door-in-the face technique produces high levels of compliance only when the same person makes the request, and the requests are similar in nature. This technique works due to the principle of reciprocity (Cialdini et al., 1975). Human are social animals and we are hardwired for reciprocal altruism.

Book Recommendation: It’s Not All About Me by Robin Dreke

The tendency to interpret new evidence as confirmation of one’s existing beliefs or theories. (Red heads have tempers, Pit bulls are vicious, etc…)

Projection is a theory in psychology in which humans defend themselves against their own unconscious impulses or qualities (both positive and negative) by denying their existence in themselves while attributing them to others. (You must be freezing, you must be hungry, you must be tired…War brides after WWII, Parents and Kids, Pet owners and pets.)

This refers to a situation involving conflicting attitudes, beliefs or behaviors. This produces stress, or a feeling of discomfort leading to an alteration in one of the attitudes, beliefs or behaviors to reduce the discomfort and restore balance, etc. For example, when people smoke (their behavior) and they know that smoking causes cancer (cognition), they are in a state of cognitive dissonance. You are going to have to chose.

Obedience is a form of social influence (not necessarily a cognitive bias) where an individual acts in response to a direct order from another individual, normally an authority figure. It is assumed that without such an order the person would not have acted in this way. Obedience involves a hierarchy of power / status. Therefore, the person giving the order has a higher status than the person receiving the order.

Whereas conformity happens through social pressure (the norms of the majority). A classic example is looking up at a building, standing and sitting to a ringing bell during a test, giving the wrong answers because everyone else is…

Drawing different conclusions from the same information, depending on how that information is presented. Positive Frame-The product has been proven effective in 80% cases. Negative Frame – The product has failed to work on 2 out of every 10 cases.

Also known as the Monte Carlo Fallacy, the Gambler’s Fallacy occurs when an individual erroneously believes that a certain random event is less likely or more likely, given a previous event or a series of events. This line of thinking is incorrect because past events do not change the probability that certain events will occur in the future. Coin toss is a 50/50 event, but if heads comes up the first five times in a row, one may think, “Wow, it gotta be tails this time, when the probability is still 50/50…

The phenomenon where people justify increased investment in a decision, based on the cumulative prior investments, despite new evidence suggesting that the decision was probably wrong. Examples might be ‘keeping up with the jones’ or you can’t stop buying Enron because you’ve lost to much to back out now. For the more real-life examples, always keep the potential goal in mind, and aim to keep your costs well under the potential rewards. And if you calculate the cost and you’re going to lose, then consider that the cost of an education. You could always look at it like climbing the Sphinx in Montana…

Aka Dunning–Kruger effect is a cognitive bias wherein people of low ability mistakenly assess their cognitive ability as greater than it is. This cognitive bias (illusory superiority) derives from the inability of low-ability (dumb people) to recognize their own ineptitude- thus, without the self-awareness of this metacognition, (awareness and understanding of one’s own thought processes) low-ability (dumb people) cannot objectively evaluate their actual competence or incompetence.

Conversely, highly competent individuals may erroneously assume that tasks easy for them to perform are also easy for other people to perform, or that other people will have a similar understanding of subjects that they themselves are well-versed in.

This occurs when the presence of others discourages an individual from intervening in an emergency situation. Social psychologists popularized the concept following the infamous 1964 Kitty Genovese murder in New York City. Genovese was stabbed to death outside her apartment while bystanders who observed the crime did not call the police. Latané and Darley attributed the bystander effect to the perceived diffusion of responsibility (onlookers are less likely to intervene if there are other witnesses who are perceived as likely to do so) and social influence (individuals in a group monitor the behavior of those around them to determine how to act).

Book of the Week 1

How to Lie with Statistics by Darrell Huff and Irving Geis. This was Rich’s pick and and I haven’t read this one, either! I will correct that soon.

Holy clicks ‘n pops! What was up with my audio? As we will see we’re stuck with this audio for another episode or two. 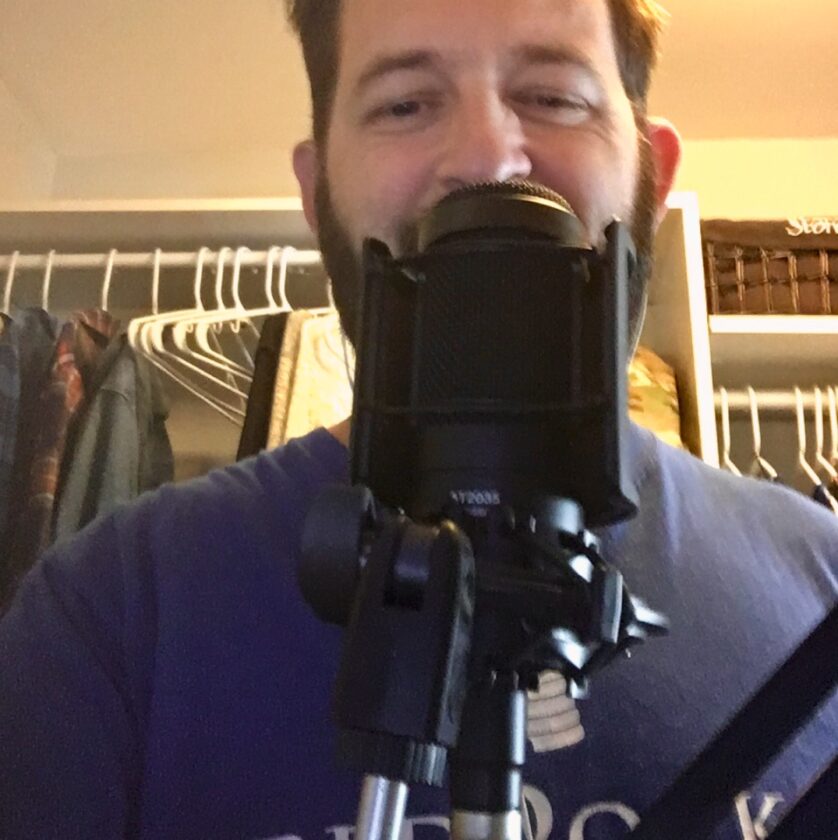 Aaaand…another installment of “inside baseball!” Here is a selfie of me recording in my closet, the reason for the change in audio. My landlord (she preferred to be called a roommate and is still a friend) had a finished basement apartment in which I lived. Unfortunately after some really heavy rain it flooded, so I moved into a spare upstairs bedroom. The close had the least echo, so that’s where I went to record. Ah, the glamorous life of a podcaster!