Welcome back to the Across The Peak Podcast! After a four-year silence we are re-releasing the ATP archive. Here it is, folks, Across The Peak Episode 010: Rich & Justin’s EDC! This show was originally released on 09/04/2018.

Knife: The first item you need is a knife. At the time of this podcast I was carrying a Zero Tolerance 0620, a now-discontinued knife. For the past three years I’ve been carrying a much more reasonable Spyderco Para Military 2.

Flashlight: I have seriously upgraded my flashlight since this show. I was carrying a small, AAA light deep in my pocket. I switched up to a Fenix LD12 and am very happy with it.You can carry a flashlight a lot of places you can’t carry a knife.

Cell Phone: Carry your phone, keep it charged. You can even add some apps to make you better prepared like the Red Cross First Aid and Pet First Aid apps.

Cash: This is another thing I have upgraded: I now carry and recommend carrying $1,000 on your person. This would become my philosophy later in the show when we had a financial planner on.

Firearm: my firearm has changed since the recording of that show. For the past four years (this coming November) I have been carrying a Nighthawk Custom 9mm 1911. I’m also working toward a smaller, lighter gun, the Sig P365 XL.  The Nighthawk is carried in a JM Custom Kydex George holster; the Sig is carried in a Phlster Pro Series. 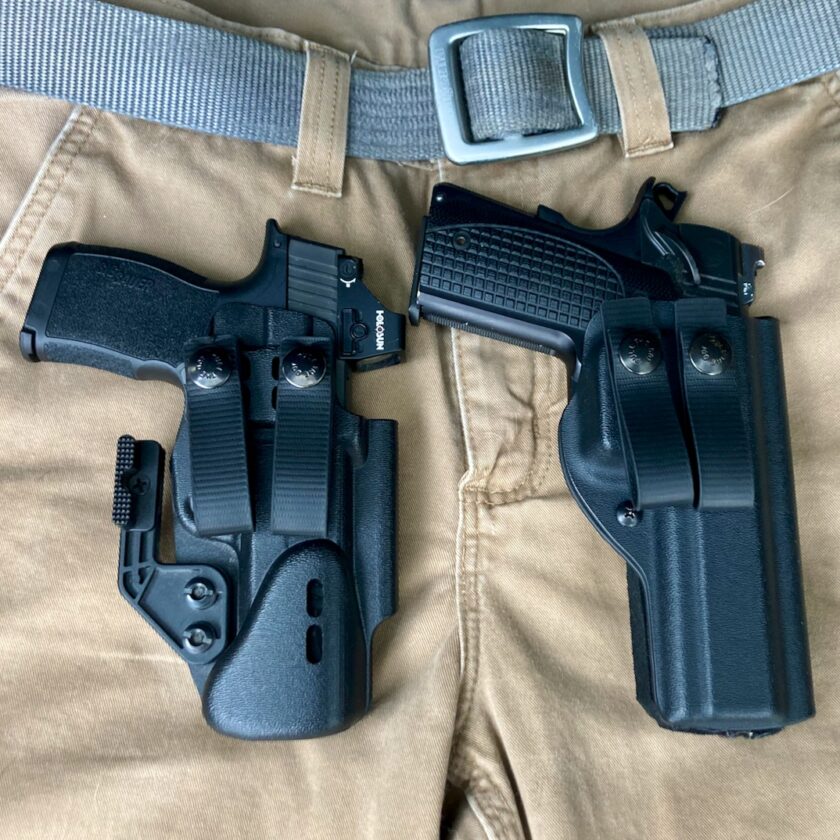 Belt: I’m still wearing the same Patagonia Tech Web Belt. I’ve taken a couple years off here and there to use “real” gunbelts and I always come back to this.

First: your belt is NOT a tourniquet!!!! Man I wish I could go back and re-record this episode just to take that statement out.

When Rich and I first started talking about the podcast one of my goals was excellent audio. When we recorded these episodes I listened to them in my car on the way to work. In re-listening to these now to rebuild the show notes, I used ear buds. I’m quite surprised at the difference between mine and Rich’s audio. I really wish I could fix this.