How to Be A Bad Teammate

I recently realized the importance of having a good partner at work. Your partner can make or break your day just by the attitude he or she has. There are people I would do anything to work with again, and people I would do anything to avoid working with again. That got me thinking about being a teammate in general. I’ve had a bit of a journey – frankly, I haven’t always been a good teammate. Though I’m sure it comes naturally to some of you, it was a skill I had to work to cultivate. Today I’m going to share some tips on how to be a bad teammate.

The featured photo above is my team, “Charlie 1,” in Afghanistan, early-2007. I’m at rear left. Faces are obscured because most of these very lethal dudes are still out doing real work. I was extremely lucky to have shared their company.

How to Be a Bad Teammate

Some of the lessons here come from observing others. Unfortunately some come from self-reflection. I’m not proud of this, but I’ve not been the best teammate at times, especially during my military service. I want to get that out up front: in listing the bad I’m also pointing the finger at myself. I’m not proud of these mistakes. If I could, you better believe I would go back and undo them. Since that is impossible, hopefully some of you can learn from them as I have.

This isn’t a leadership lesson. I don’t want to inflate my own credentials so I’ll also be clear about this: I have had almost zero leadership responsibility in my entire career. I have, however, been a member of some sort of small, tight-knit team for nearly my entire adult life. From this I can share some lessons from effective teams and teammates…and ineffective some ones. I’m far from perfect at these things now but this is what I strive for.

I’ve tried to distill this down into a decent list of actionable items that you can put into practice. Nebulous  advice like, “be honorable” or whatever has mostly been avoided. I have tried to stick with easy, demonstrable, quantifiable stuff. Let’s look at how to be a bad teammate

This is the one I’m most guilty of. If you want to be a terrible teammate, complain a lot. Always try to be the guy asking, “why?”

Here’s the deal: you might be right. Everyone of those questions might be spot-on. But it doesn’t really matter because being around you sucks more than whatever the original task was. I am familiar with this type of person for two reasons. First, it is embarrassing to admit but I used to be this guy. During my military career I complained about everything, constantly and loudly. That’s maybe the thing that I’m least proud of. Meanwhile, my teammates focused on doing the job and doing it well. They spent less energy actually doing the thing than I spent whining about it. I probably wasn’t much fun to be around.

Second, I’ve had to work with a people like this. I still do. Once I recognized this behavior in others I began to recognize it myself. Once I recognized this within myself I worked very, very had to get rid of it. When I got rid of it it was easy to recognize – and hard to be around – in others. Weirdly this is probably the most important step to becoming a bad teammate… because constant complaining is completely fatal to morale.

The solution? Jump in and get to work. It sucks. Accept it. If you have legitimate concerns about your team’s safety, voice them. Otherwise, fly in and get shit done. This is the thing I’ve worked on the most since leaving the military because a whiny partner makes the day miserable. I had to work with one recently and she reminded me how badly it sucks to be with a complainer. Be as unhappy as you want, but if you want to be a good teammate, keep it to yourself. Miraculously if you put a smile on your face and jump in, it will suddenly suck less for you, too.

Step 2: Get By with Minimal Effort

If you want to be a bad teammate, try to do as little as possible. Wait around for your teammates to take care of shared responsibilities. Recently my co-workers and I were cleaning the station as we do every morning after checking off the ambulance. My partner (I’m part-time so I have a rotating cast of partners) disappeared after taking care of the things we were directly responsible for. He came back as I finished mopping. Rather than lending a hand he was annoyed that we weren’t leaving for breakfast yet (though he was kind enough to “try not to get in the way”). Would you be excited to work with this guy?

I hate to admit it but I’ve been that guy in some ways before. I haven’t always been the guy holding the mop. Occasionally I have been the person that others were mopping around. When I see it now it really embarrasses me because that is not a good look.

The solution is obvious and doesn’t take much effort. Here are a few guidelines:

Step 3: Be Just Good Enough at your Job

Want to be a really bad teammate? Be just good enough at your job to meet minimum standards. Don’t strive to be an excellent [insert profession here]. Instead strive just to earn a paycheck. Strive only to not get fired. This is another one I see occasionally. Sometimes a person is stuck in a career that they no longer care about, but they still need to earn a paycheck. Other times the person cares more about the title – the ability to say “I’m a paramedic” or wear a “Blessed are the Peacemakers” t-shirt, or have a unit sticker on their car – than they do about actually doing the actual job.

If you want to be a bad teammate it’s easy. Pass your entry-level job school, then stop learning. Stop working out. Stop doing whatever it is that makes people in your field better. Don’t worry about that upcoming re-qualification until it’s right in front of you. Forget about spending your own time and money working to pass it – just wait around for someone to spend their time and effort to pushing you through it. Don’t read books, don’t practice, and don’t care. In a very honest self-assessment don’t think I fit this description. I see it regularly enough, though.

The solution? Be awesome at your job. Or if you can’t be awesome, at least try to be. Try to the soldier that people back home envision when they stand for the National Anthem, not the overweight, deployment-dodging paycheck-sponge who is just looking forward to the next 96. Strive to be the accountant that everyone says stuff like, “man, you should go to my guy. He knows his shit inside and out!” If you’re a security guard work on becoming the Rick Rescorla of your organization (if you don’t know who American hero Rick Rescorla is, fix it!).

Whatever you are, be the best you can be at it. If you don’t care enough about your job to give it that effort, why are you in that job? It’s probably time for you to move on.

On Being a Good Teammate

I have framed this article in a somewhat humorous way: how to be a bad teammate. Let’s get serious. Being a good teammate isn’t that difficult:

I’m sure all of you know what a bad teammate looks like. It’s a bad day when you get assigned to work with those people. Try not to be that person. As long as you’re going into whatever comes with a good attitude, you’re pulling your weight, and you’re good at what you do, people will value you. They will see you as an asset. They will want  to work with you. 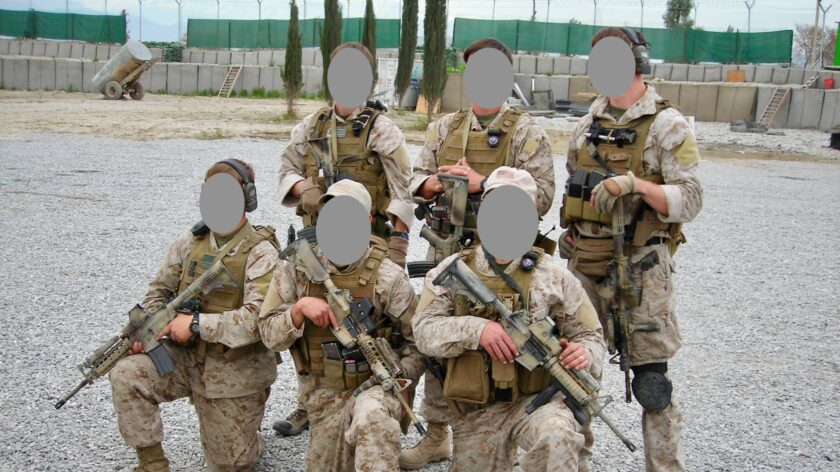