Respect for the American Flag

My brand of patriotism is fairly uncool. You wouldn’t know it by the bumper stickers on my car, and I don’t wear the American flag on my sleeve. You’d never guess at my patriotism by looking at my social media feeds (if I had any) and I sure as fuck don’t – and won’t – wear American flag socks.

I don’t really even want to write about my personal patriotism here because I don’t want to be seen as trying to show you how patriotic I am. I do want you to understand exactly why I bother to write this, however. My patriotism is not about receiving attention, recognition, or getting a pat on the back from like-minded people. I don’t need anyone to say, “that guy’s a ‘true’ American†.” My patriotism isn’t about virtue signalling. It’s about a true, deep, abiding love of country.

My view of the flag is similar, but also different. It’s a terribly unpopular view, judging by a lot of the flags I’ve seen lately. And this post will probably scan as melodramatic and cheesy. Rest assured: nothing I say here is intended to be melodramatic. I’m saying this with total sincerity:

I don’t worship the flag. I realize that it is merely symbolic of the nation I love, and I don’t confuse my love of country for love of the flag. My feelings for the flag, though, are probably similar to the feelings many of you have for the Holy Bible: though you don’t worship the Bible itself, you probably wouldn’t print its pages onto paper plates and napkins‡. The flag isn’t the ultimate object of my affection, but I respect in a way that words simply can’t begin to convey.

Codified Respect and Disrespect for the Flag

As a child I was taught that there are clearly defined, demonstrable ways to respect the flag. Here are a few of the things I was taught about the flag as a kindergartner:

That’s what I was taught as a child. I didn’t know where these rules came from, I just knew they “were.” As of late, I’ve been looking a bit more into it. We have some outstanding laws defining exactly what constitutes respect (and disrespect) for the flag. I strongly encourage you to go read U.S. Flag Code, in full. It won’t take very long and some of it may surprise you. Here are some really interesting bits:

Those may not seem like most egregious list. And I get it – many of the things we’re talking about here aren’t actually flags. However,  4 U.S. Code § 3 (Use of the Flag for Advertising Purposes; Mutilation of the Flag) defines what a flag is. A “flag”:

Basically “the flag” is anything you would recognize as the flag. Something to think about.

I see Flag Code violated in myriad ways, and in ways large and small. I’m going to run down a list of very abbreviated list of things I’ve seen that aren’t particularly respectful of the flag. Some are clearly disrespectful, even to the casual observer. All are disrespectful according to the laws that define what constitutes respect for the flag.

Among the most egregious displays are actual flags. The flag below was a photo I took on the interstate on Labor Day weekend (my girlfriend was driving). I want to believe the guy just finished a long road trip and had no idea the state of his flag. Unfortunately, he has in-state plates and a license plate border that indicates he’s a local. Exactly what is this designed to demonstrate? Is this how we would want a visitor from another country to view our respect for our own flag? I don’t rule out the possibility that this is a willful demonstration of disrespect for the flag.

I’m also offended by the placement of an occupation, a college, or something else ahead of the national ensign. I believe your college football team logo shouldn’t stand in front of the Union, and your school colors shouldn’t supplant the red and white stripes.

Quite frankly, I also don’t have a whole lot of time for “thin, blue line”-stylized American flags, either. Nothing against the police, fireman, military personnel, veterans, or anyone else. But does every occupation need its own version of the American flag? Cops, firemen, EMTs, soldiers are Americans. They aren’t an entirely separate class of people. Why is the American flag not good enough? Also, not to be “that guy” but…Flag Code specifies the colors of the flag, and even as a kindergartner I could proudly tell you they weren’t red, white, and black.

Moving down the scale are items like cornhole bags. I’ve seen these more than once: cheap game bags designed to be tossed on the ground. Now, this isn’t actually a flag (though you can’t disprove that it wasn’t a flag at one time) but it’s clear enough that it’s intended to be a flag. Does this demonstrate utmost respect for the American flag? Would your heart swell with pride if a mother who had just been handed a folded flag saw this? This disappoints me beyond belief.

I don’t believe that most people set out to be disrespectful of the flag. I honestly think most people give it very little thought at all. And that’s all I hope to do – make you think about it. I hope to raise just some, small amount of awareness about the display of the American flag. 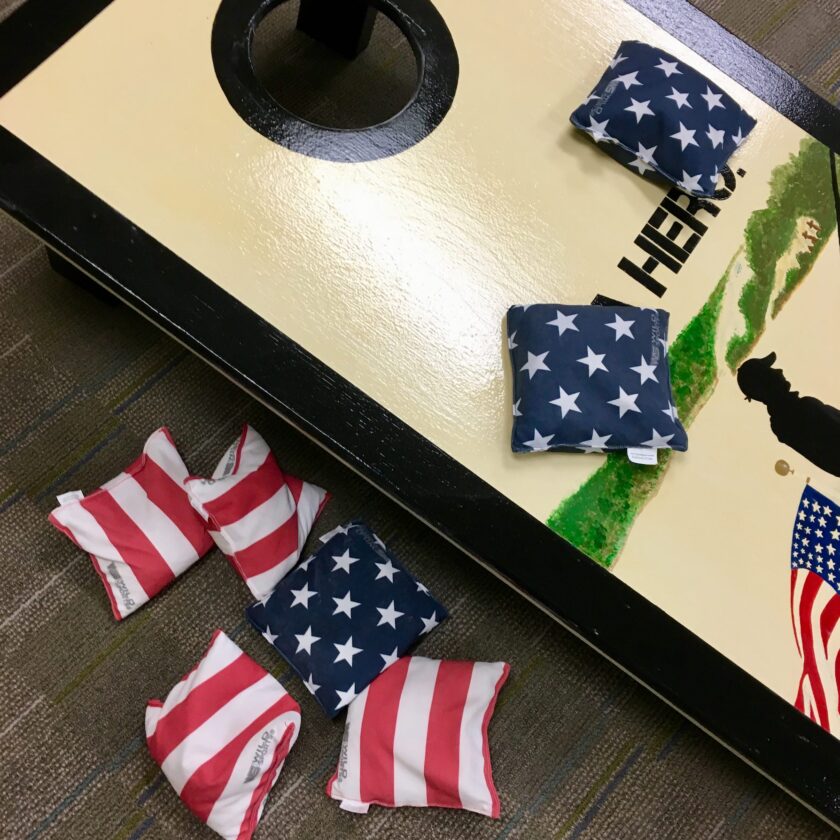 I know I probably sound like a member of “cancel culture” that takes offense to everything. I do believe there’s a difference, though. First, I’m not offended personally by any of this. My offense is on behalf of the nation that I love. I want to see her symbols honored and respected. Still, even I admit there’s the possibility that I’m just an angry old man, out of touch and clinging to a bygone era, and the “way things used to be.” I sure hope not, but it’s entirely possible. Our conception of “respect” may have completely changed around me in the last four decades.

Second, I’m not trying to “cancel” or censor you. The emotion most strongly invoked in my by these displays is not anger, it’s sadness. If you want to fly a tattered flag, I can’t stop you and I won’t “stomp your ass.” If you are willfully violating Flag Code – to prove a point, as part of a demonstration, or for whatever other reason – nothing I can say is likely to stop you. Who I hope the influence are those who don’t know any better. I was once that person…and probably not that long ago. This article is merely intended to inform.

Unfortunately, I’ve probably made some of you angry with this article. That was not my intent, but if that is the case, please consider that none of what is defined as disrespectful is my opinion or personal feeling. Everything here stems directly from U.S. Flag Code. If you’re going to get offended to the point of boycotting the NFL over a portion of Flag Code, you should probably be pretty gung-ho about all of it. I know that’s not an opinion that’s going to win me any friends, but I’m not not going to disrespect you by pulling my punches. 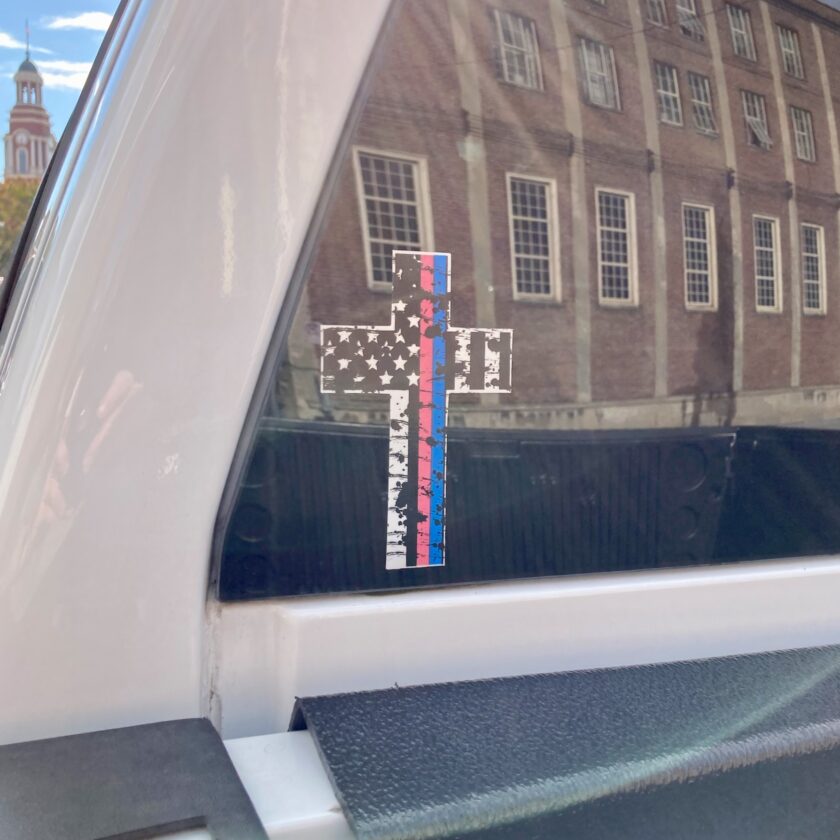 On that note – I’m not just bitching. I’d like to do something about it! If your properly displayed flag needs replacement and you cannot afford to replace it, I would be happy to purchase you a new one, using money from Patreon donations. I do not have unlimited money and I do have bills to pay so of course this offer is not unlimited. I may have to cut it off at any time with no notice. If I get a ton of requests I just won’t be able to fill them all (please note: I’m just a dude on a budget, trying to do the right thing. Please act accordingly.). That said, if you need a replacement flag and cannot afford one, please contact me via the contact form and I’ll do my best to buy one for you.

†Whatever a “true” American is. I hear this a lot (though not necessarily about myself). I’m merely a citizen, endowed with no more or less rights and deserving of no more or less respect than any other citizen for the fact of being a citizen.

‡Yet. I don’t imagine the Bible‘s commercialization lags too far behind. 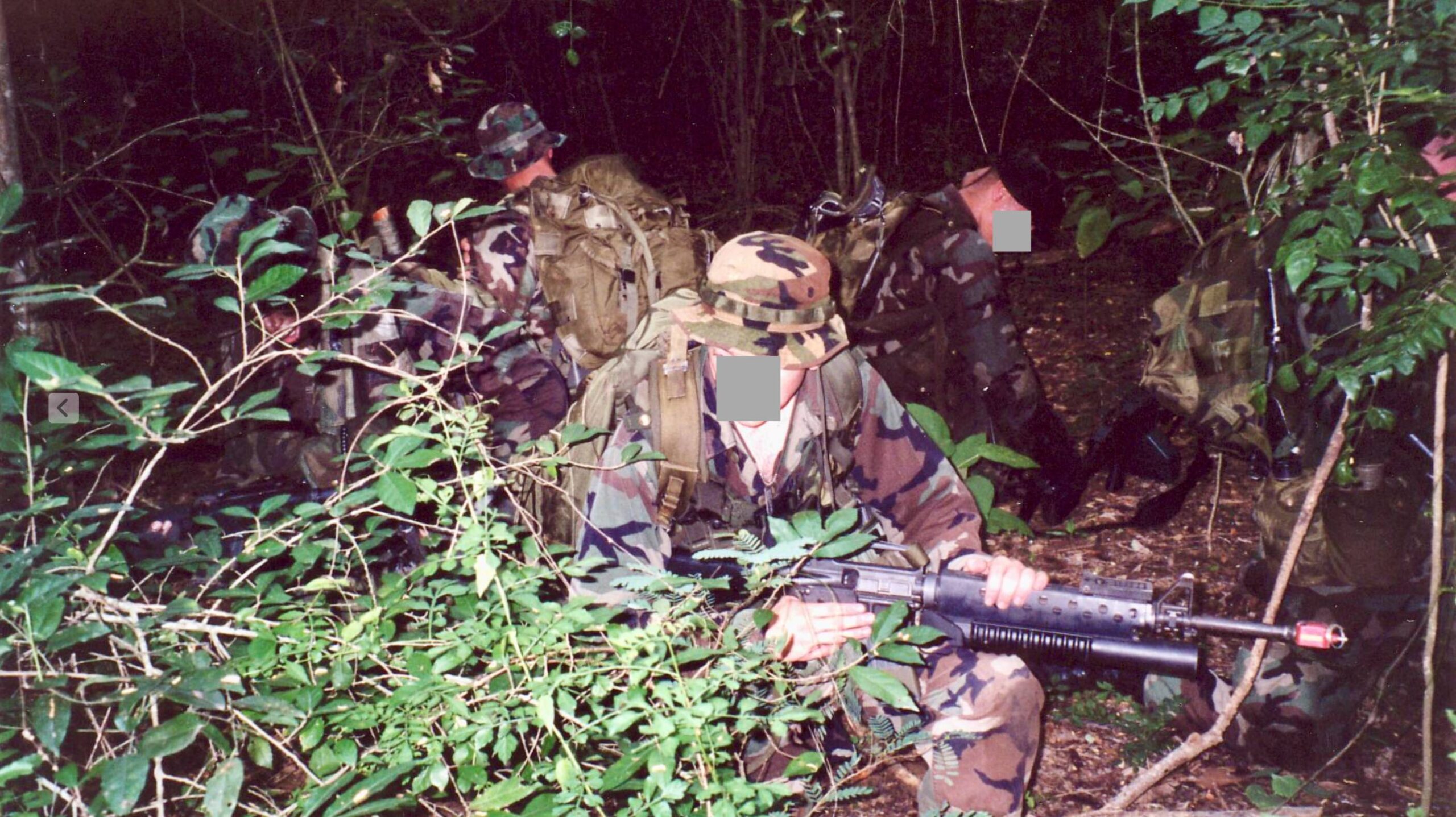 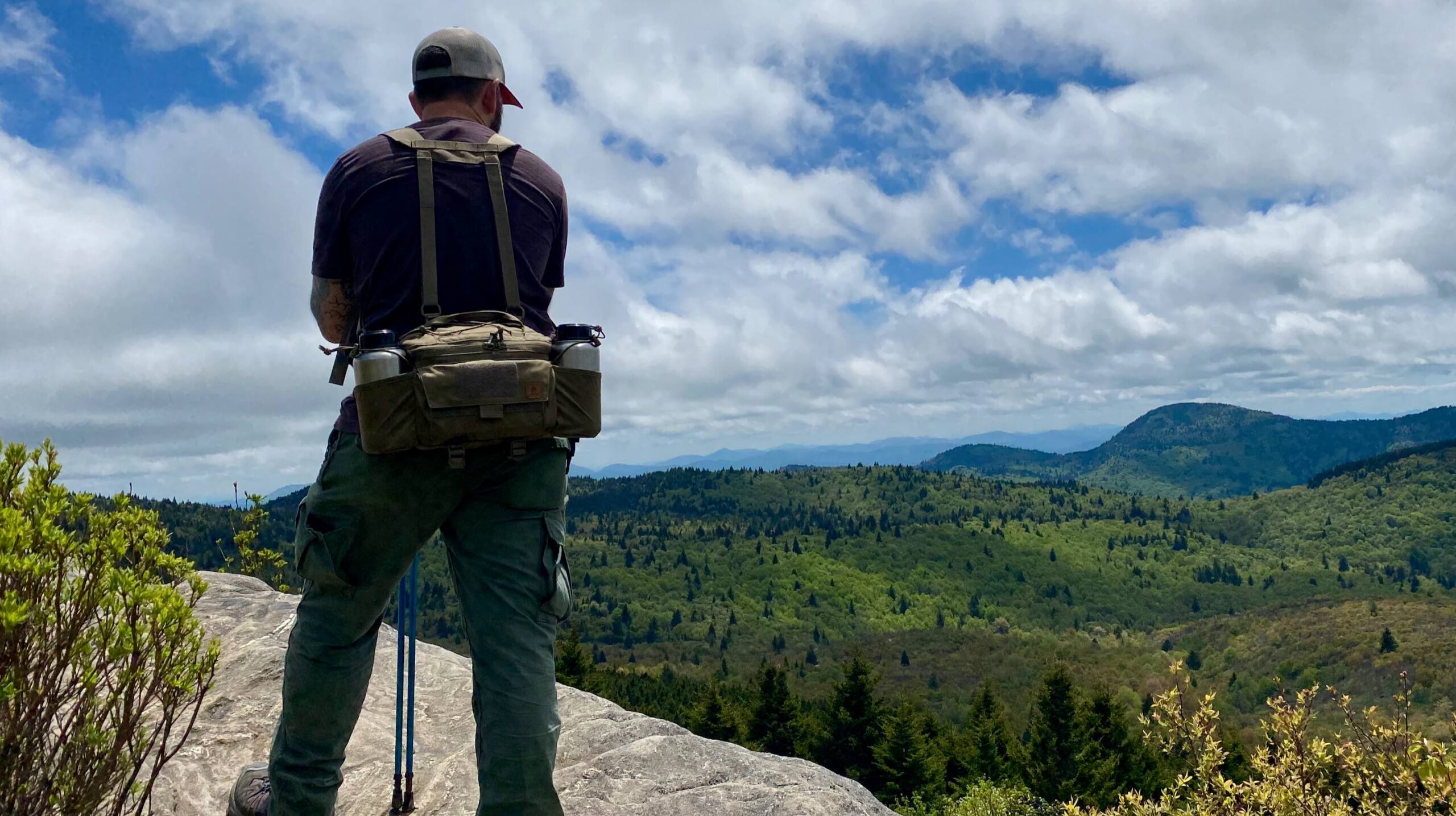 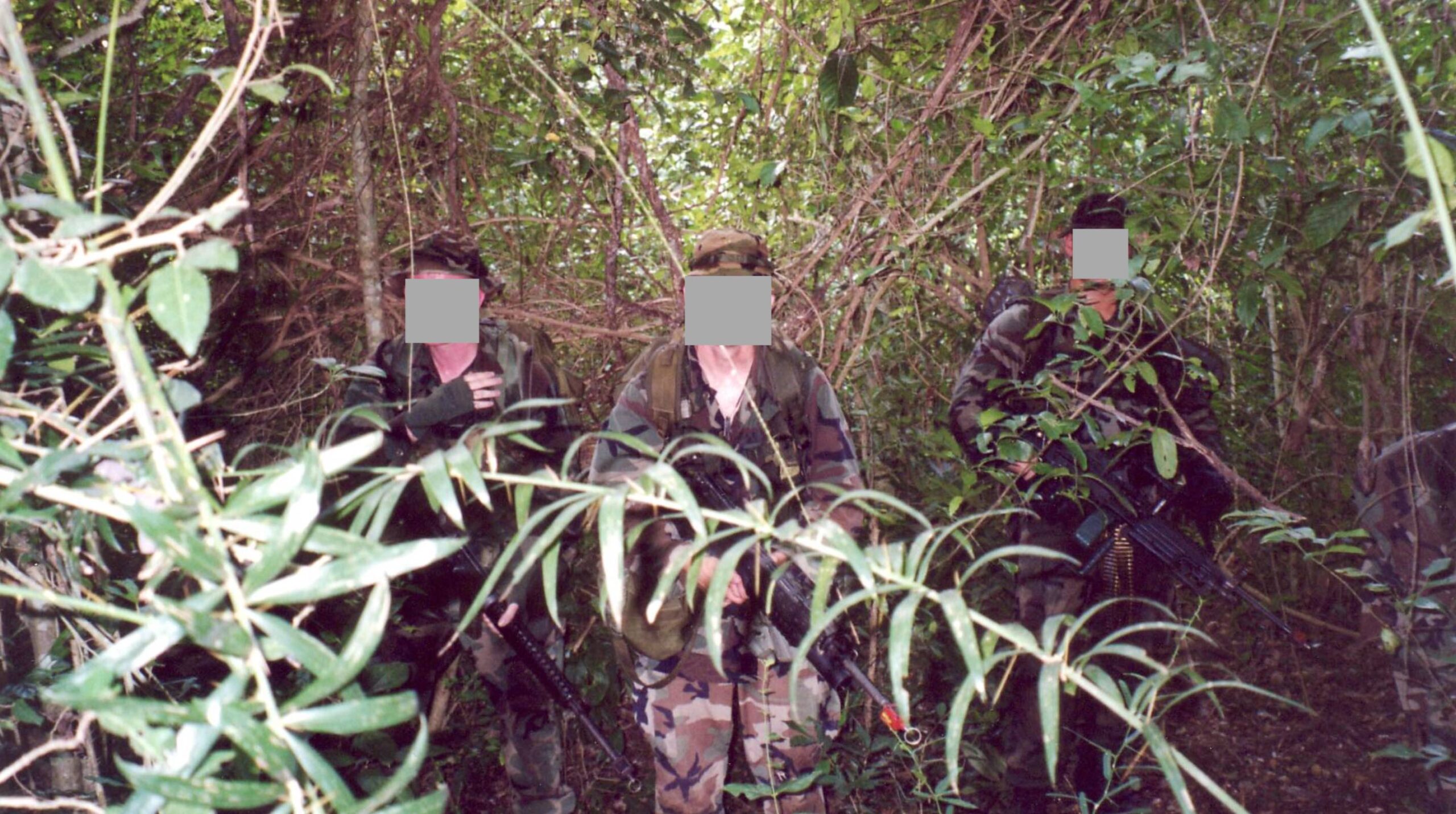