Welcome back to another short little post between regular posts. This time I’m talking about the Spyderco Tri-Angle Sharpmaker sharpening system. This gadget has literally changed my life as far as knives are concerned.

Full Disclosure: I paid full price for my Spyderco Sharpmaker and Spyderco doesn’t even know I exist. This article does, however, contain Amazon affiliate links.

My History with Knife Sharpening

I’ve never been very good at sharpening knives. I have read all kinds of articles about “just use a quarter” (if you’ve read them, you’ll know what I’m talking about). I’ve watched other people do it. I’ve tried myself. Unfortunately, I’ve never gotten my own knife very sharp. I got even more intimidated about sharpening knives when I read or talked to people that know a lot about it. I’ve read online (and had a friend tell me) that I needed several hundred dollars worth of sharpening stones (and most likely professional training). I’m sorry but…no thanks.

Because I didn’t know how to sharpen a knife, I got into the “never use your blade” school of thought. The theory is that your blade is “saved” so if you need it in an emergency, it’s there and it’s factory-sharp. So, for the past two years I’ve carried a 6-ounce knife that could never be used for anything. I’ve bashed boxes open with my knuckle rather than use the “precious” blade steel that I carry ever-so diligently. 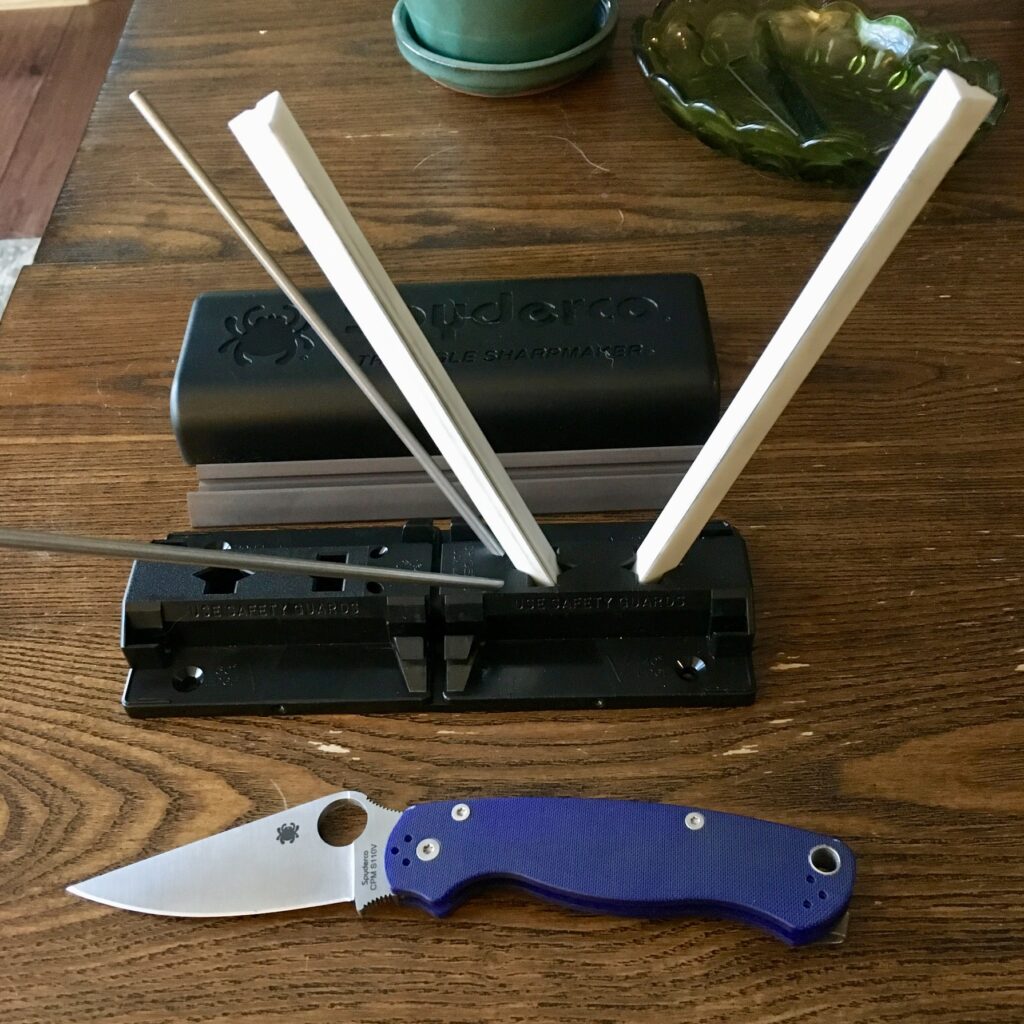 Thinking back over that time makes me feel a tiny bit sad, and more than a little dumb. A knife is a tool. My previous knife (my first “nice” knife I ever owned) was carried for over a dozen years and used constantly, for everything, including things it probably shouldn’t have been used for. After fourteen years that knife has all kinds of character.

I decided that carrying a knife and not using it is silly. But wanting to have my cake and eat, too, I still like the ability to have a decent blade should I need it in some sort of emergency situation. So after watching a bunch of YouTube videos, I decided to get the Spyderco Sharpmaker system.

The Sharpmaker is incredibly simple to use. I recommend you watch the included video. You can find it on YouTube if you don’t have a DVD player. Seriously – just watch it. I’m not going to go over the instructions here except to say, start with the dark grey rods, using a single edge of the triangles, then the flats, the switch to the white rods, again starting with a single edge and working up to the flats. There’s a bit more to it than that, so be sure to watch the video. 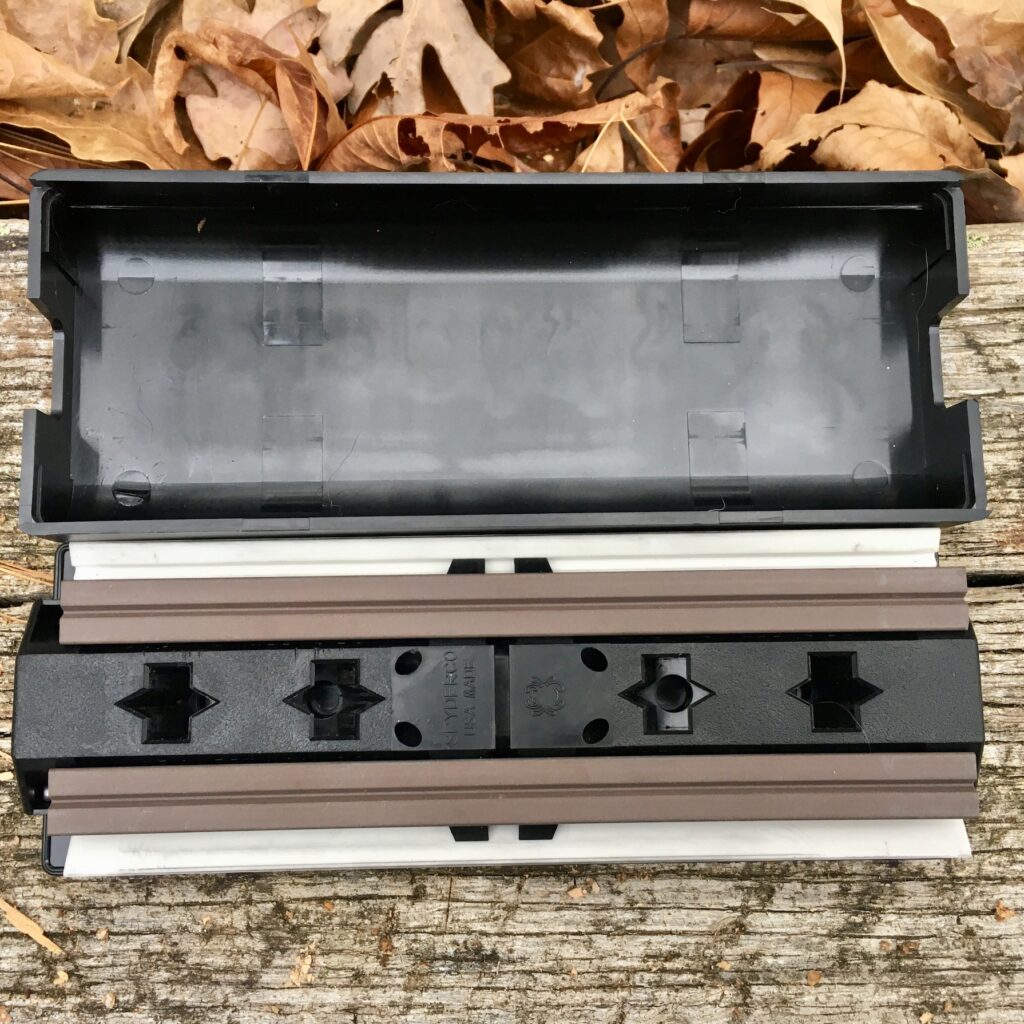 What I’d rather talk about is how it has changed things up for me. Once you have the use of the Sharpmaker down it’s incredibly fast and easy to use. This is especially true if you touch up your knife from time to time and don’t let it get completely beat up. It is so simple to use I can literally pull it out every night, give my Para Military 2 a few swipes, and have the edge back to razor-sharp in no time. I’ve even integrated this into my weekly equipment maintenance routine. 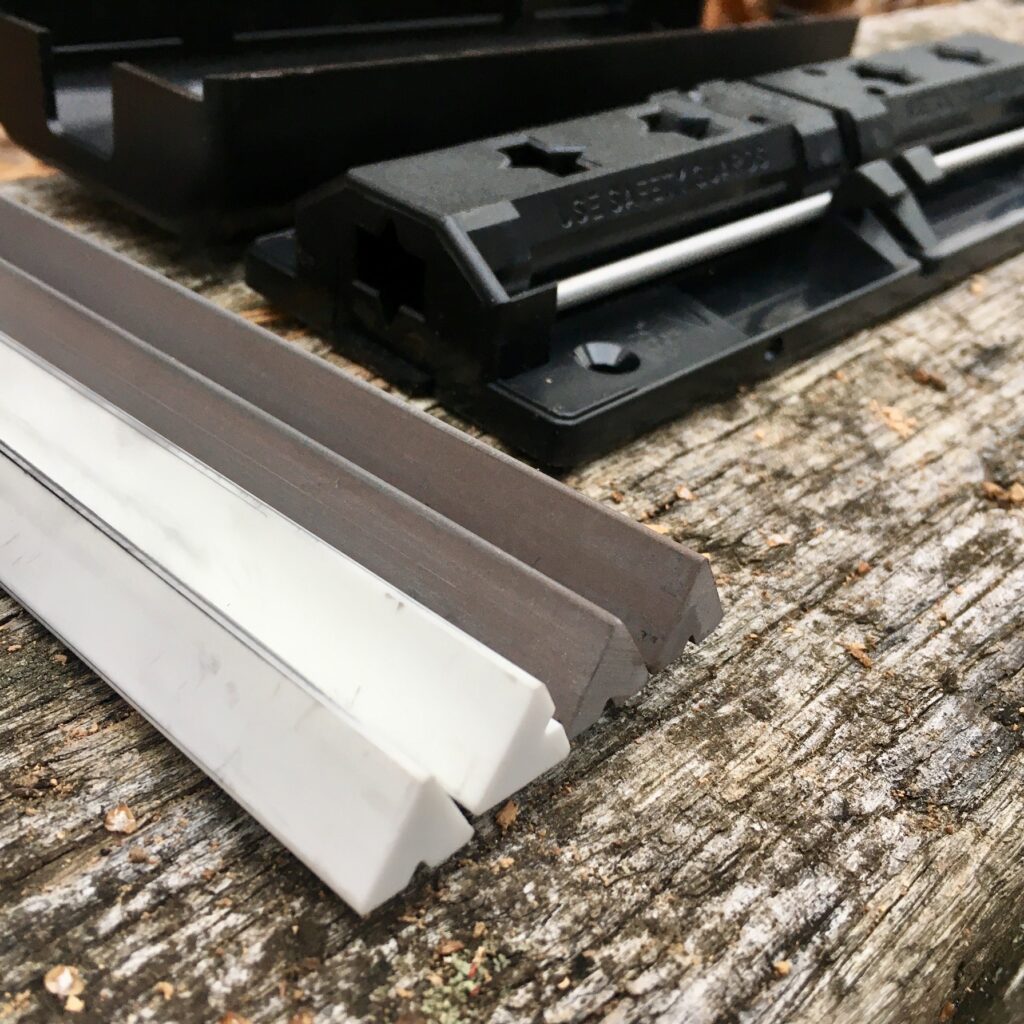 This has also given me something to do at night while the TV is on. Aside from my EDC knife, we also have some incredibly sharp kitchen knives. I spent a long, long time on my Global 8″ chef’s knife because I had neglected it for way too long (and by the way, a high-quality 8″ chef’s knife is one knife every one should own) but it’s now back to its factory glory. 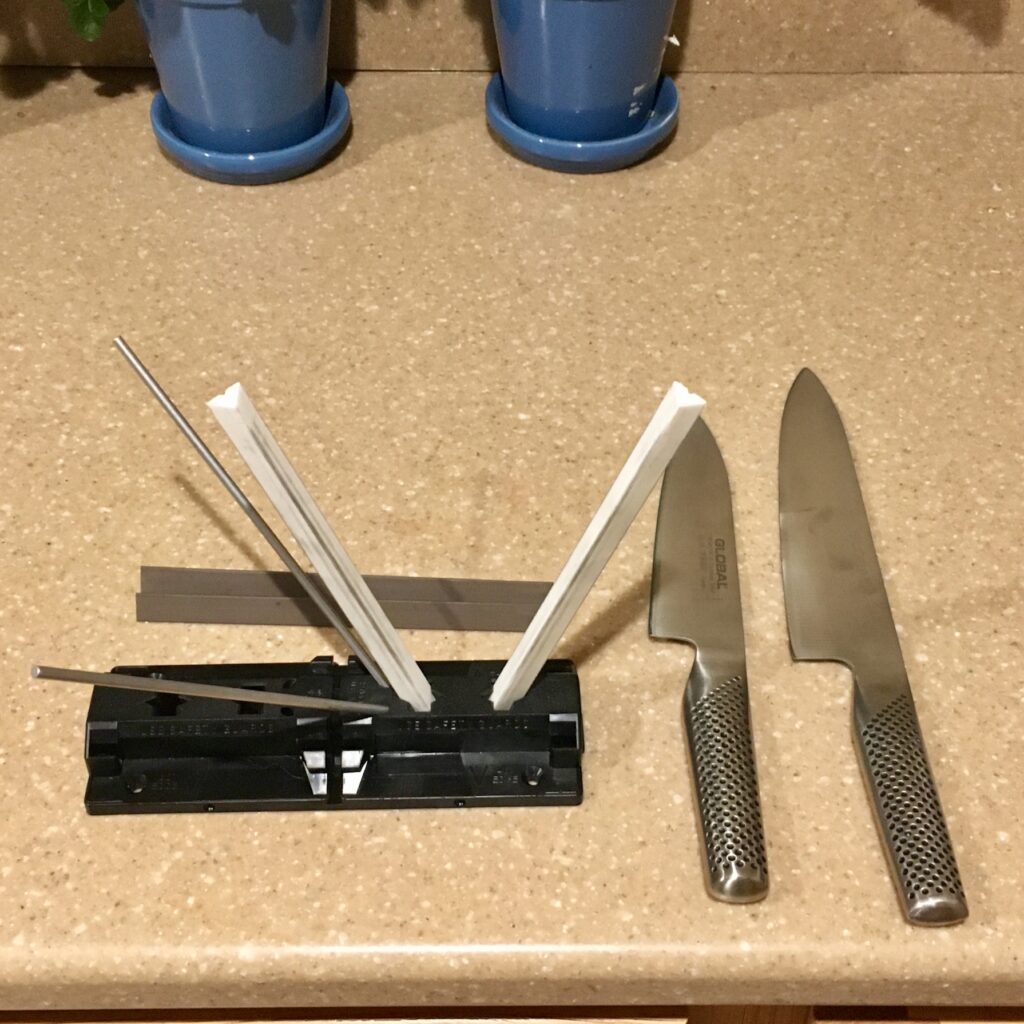 Even some of our cheaper kitchen knives have razor edges now. If you do have a knife that needs a ton of work you might look into the the diamond-coated rods. I haven’t made that leap yet, but I may in the future. The included medium and fine rods take a long time with very dull knives.

The trick is simple, though: don’t let your knives get that dull. With the Spyderco Tri-Angle Sharpmaker you don’t have to. Setting it up, giving your blade a few swipes, and packing it back up can be done in five minutes. If you carry a knife this is seriously worth your time. Don’t carry a dull knife, and don’t carry a tool you don’t use.