EMT vs. Paramedic: What’s the Difference?

I recently had lunch with fellow gun blogger (videographer?) and all-around good guy, Chris Baker. Chris and I were catching up after not having seen each other in quite a long time. I mentioned my EMT/Paramedic training track and at some point he asked, “are EMT and paramedic different things?” This is a really common question I get from people outside emergency services, so I thought I’d quickly run down some quantifiable differences for you.

First, to be perfectly clear, I am not a paramedic. I am currently an EMT-B and a paramedic student. I work part time as an EMT-B, and I volunteer at another agency as an EMT-B. Just wanted to get that out there so it’s clear that I am what I am and what I’m not. I don’t want to misrepresent.

Second, the lists of drugs, procedures, and other protocols listed in this article are merely guidelines. States, municipalities, counties, cities, individual agencies, and even the federal government all have their own protocols, standing orders, and standard operating guidelines. Everything in this article should be construed merely as a generality; nothing should be taken as medical advice, a protocol, or anything like that.

The lowest level  that can be called an “EMT” is EMT-B (Basic). This credential is sometimes held by ambulance crews and very frequently held by firemen, the occasional cop, and – once in a blue moon – an exceptionally motivated citizen like Aaron at ISG or Paul T Martin at paultmartin.com.

But there are also AEMTs (Advanced) who used to be called EMT-Is (Intermediate). And making matters worse, under the old naming convention even paramedics were technically EMT-Ps (now they’re officially just “Paramedic”). Confusing enough for you? In a nutshell the current, accepted titles are:

For the purposes of this article, unless otherwise specified the term “EMT” will apply to EMT-B, by far the most commonly held credential. Now lets look at the differences between EMTs and Paramedics. They basically boil down to differences in their scopes of practice – the things they are legally allowed to do.

Becoming an EMT at nearly any level usually requires some clinical hours. This means actually working with patients. My EMT experience and my ongoing paramedic experience have been very different from each other.

EMT: My EMT course was approximately 200 hours long, plus 36 clinical hours. That’s a pretty long EMT class by most standards – you can usually complete EMT-B in about 150 hours. It consumed two evenings a week, from 1800 to 2200, and every other Saturday. COVID screwed things up just a bit, but in total it lasted from February to early June. Not super fast, but also not all that long for such a worthwhile investment.

My clinical rotations consisted of three, 12-hour shifts in an ambulance. This program also had a requirement to have 10 “patient contacts.” This means exactly what it sounds like: having some sort of contact with at least ten patients. Usually this meant taking some vital signs, maybe gathering a history, and occasionally administering a medication. Basically as long as I went along on 10 calls, I was good to go.

Paramedic: First, there are two prerequisites for paramedic: entrants must already be EMT-B and take college-level Anatomy & Physiology. Fortunately I was able to take A&P concurrently with the early portion of the paramedic class. If you’re thinking of being a paramedic, though, go ahead and add those hours to the overall hour requirement.

The paramedic course lasts much, much longer than EMT-B. Though it meets on the same, two nights a week and every-other Saturday schedule, it lasts for a little over 13 months. In total (not including EMT-B and A&P) it is a little around 700 hours of classroom time.

In addition to the class there is a substantial number of required clinical hours. During this class I will have to complete over 340 clinical hours. That’s more clinical hours than hours for my entire EMT class. Students have to do shifts in an infusion clinic, an intensive care unit, an operating room, a burn center, an OB clinic, a pediatric clinic, an emergency room, and of course, spend well over 200 hours on an ambulance.

But that’s not all. There is also a detailed list of procedures each student has to successfully complete. For example, each student has to successfully start 30 IV lines, and maintain at least an 80% success rate in establishing IVs. We have to do at least 50 “airway managements” – using airway adjuncts, suctioning, intubation, etc. We have to administer medications – oral, IV, transdermal, subcutaneous, inhaled, and intranasal medications. Each student has to perform patient assessments on pediatric, adult, and geriatric patients. And plenty more…but you get the idea.

I would urge you to avoid getting too hung up on the training and education hours. The two look impressive on paper, but that really only applies when comparing programs and deciding what you want to do, or the comparing two students right out of school. The distinction becomes less and less important relative to time spent on the job. The more experience you have, the less entry-level training matters to the point that it hardly matters at all. But there is a reason for all that additional training and those clinical requirements: scope of practice.

Pharmacology is very complicated. Each drug in your kit has indications…but most also have a list of serious contraindications. Not only do the drugs on the ambulance/in the jump bag have contraindications, the patient may already be on a lengthy list of prescription meds that also have to be factored in. EMTs and paramedics differ in the drugs they are trained to administer.

EMT: EMTs can administer some drugs. In most states EMT-Bs can usually administer medications like activated charcoal, aspirin, oxygen, and oral glucose. An EMT can usually assist a patient in the administration of some of his or her own medications. These often include an albuterol inhaler, epinephrine auto-injector (Epi-Pen), or nitroglycerin tablets or spray. Some states offer much more latitude to EMT-Bs, and some states are more restrictive (and keep in mind, this is a very general list; consult your own state and agency protocols).

Paramedic: Paramedic pharmacology is quite a bit more extensive. States and agencies vary, but in my state and agency a paramedic can administer:

This isn’t just a brag list about how many drugs one can administer. The drugs mentioned here seriously increase one’s healthcare capability if administered correctly.

Paramedics and EMTs also differ in the procedures they are trained and permitted to perform. I’m going to list the big things that paramedics can do that EMTs can’t (sometimes AEMTs can; I try to make that clear where applicable).

While EMTs are mostly limited to putting stuff on you (bandages, splints, etc.), paramedics can put a lot of stuff *in* you via invasive procedures. Here are a few interventions that paramedics can perform that EMT-Bs cannot: 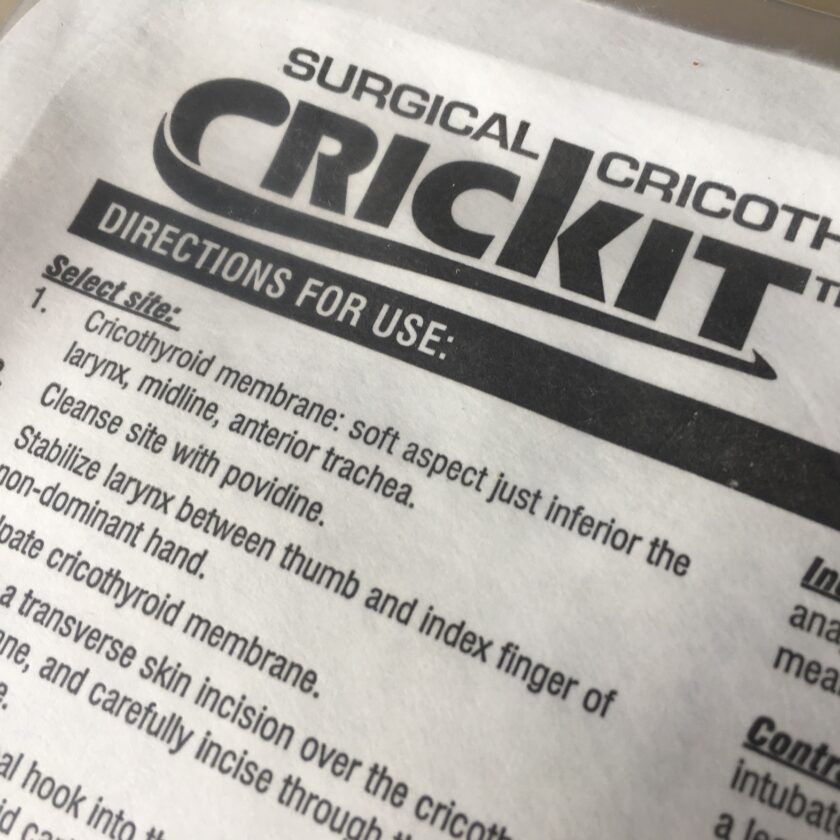 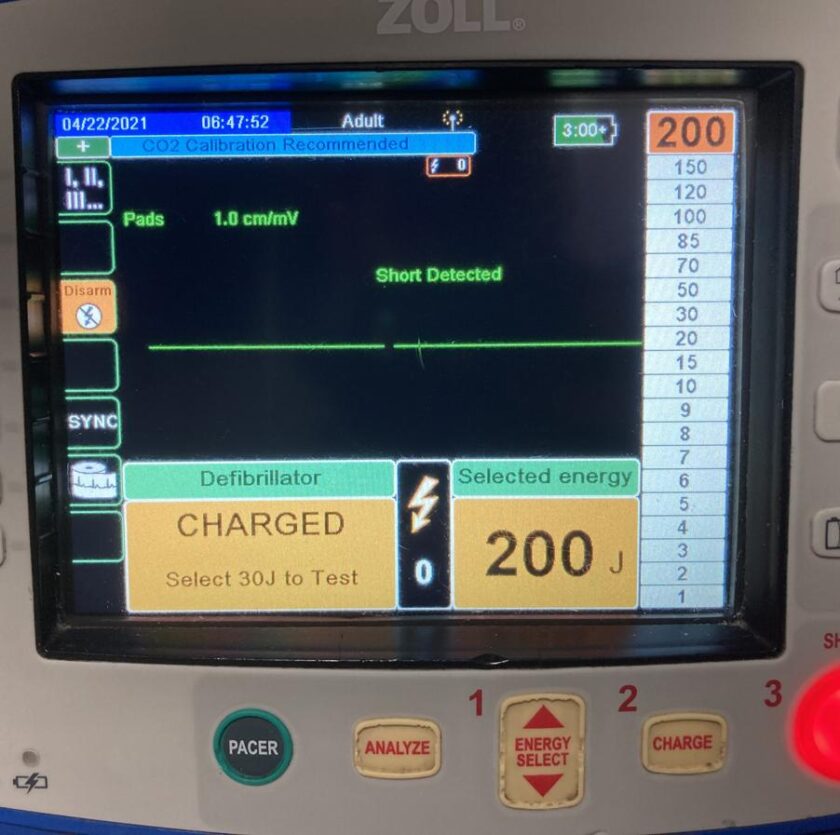 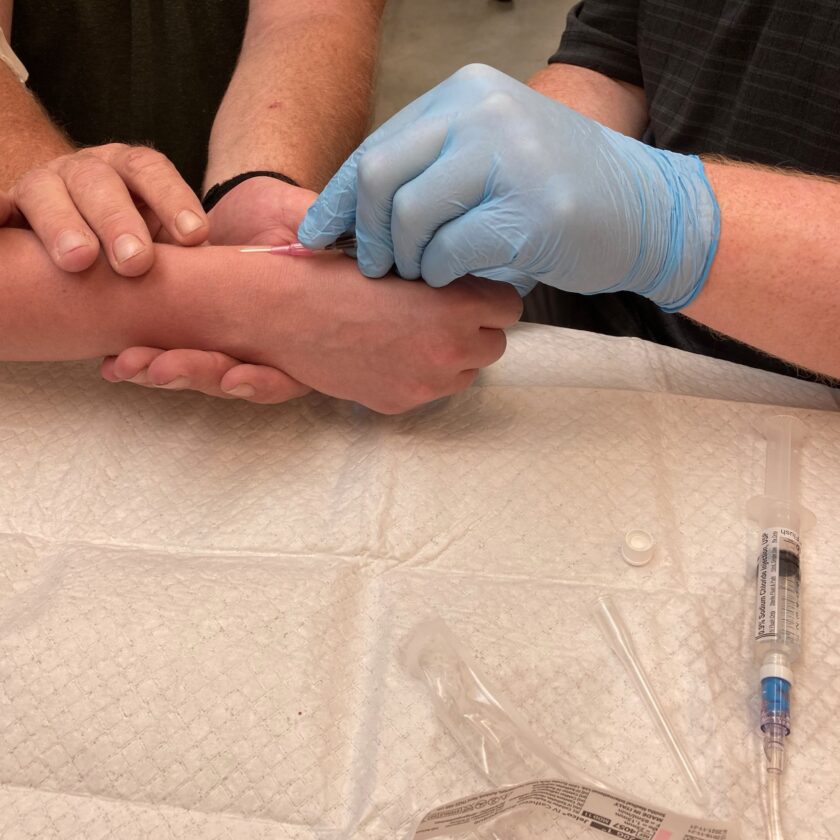 What Does This Mean for You?

Before I explain what this might mean to you as a “customer” of emergency medical services I want to clarify a couple quick things. I am brand new to this field, and know about as much as you would expect (not a whole lot). I don’t intend this to taken as, “look how great paramedics are!” or as a comparison of the relative value of one over the other. EMTs save a ton of lives, and probably the majority of the calls paramedics go on only require EMT-B-level skills (called BLS or Basic Life Support).

So what does all this mean for you? Well, probably not a whole lot. I like to make most of the articles here beneficial to the reader in some way and this one just doesn’t feel quite up to that standard.  I mostly just put this article out there to satisfy the curiosity of a few people, to give something to direct people to when I’m asked in the future. There might be a minor takeaway or two in here, though.

First, if you’re talking to an EMT or a paramedic they’ll love it if you know the difference. Honestly, I don’t know a single paramedic who gets offended at being called an EMT, but they sure don’t mind when someone gets it right. About the only thing that will offend both EMTs and paramedics is being called an “ambulance driver.”

This is why you want to be specific when you call 911.

Paramedics have a much broader scope of practice in the tools and medications they can put into play, and the procedures they can perform. Those advanced skills aren’t needed that often, but when they are…they really are. Specificity lets the dispatcher assign resources where they are needed.

Most dispatchers are good at teasing out some details of what’s going on, but the more specific you can be, the better. If your spouse is having a cardiac arrest, you’re going to want an ALS crew. If you merely describe it as, “he’s short of breath” it may be dispatched to a BLS crew as “routine breathing problems.” Don’t get me wrong – a BLS crew can do a lot of good. But as a member of a BLS crew myself, I would want ALS on scene if a member of my family were having a cardiac emergency.

So, bottom line: it usually doesn’t matter too much whether you know the difference in EMTs or paramedics. Usually dispatch is pretty good at getting the right information and sending the right crew for the situation. Sometimes you’re going to get the crew you get. And in some areas every single truck has two paramedics on it and it doesn’t make any difference all.  But now you know and knowing is…something something.