This month I dove headlong into reloads.

Fuck that. If I’m in a gunfight that requires a reload, a reload is going to get done. It’s going to be done well. At least that’s the attitude I’ll be going into it with – it may fall apart, but I’m not going to handicap myself by thinking about all the things I can’t do. When I carried revolvers I read author after author who told me that, “no one has ever reloaded a revolver in a fight, it’s probably not possible, etc…” I developed the attitude of, “if I need a reload I’ll be the first to do it and I’ll show ’em how it’s done.” I don’t understand or like the defeatist mentality of, “it can’t be done, don’t bother.”

With that little rant out of the way… I spent the month working primarily on reloads.

One issue with the 1911 is the small magazine well. Double-stack autos don’t really need a flared magazine well because the magazine well already has a wide mouth relative to the leading end of the magazine. A 1911…doesn’t. The magazine is the same size (practically) as the well it fills. I have elected not to put a mag funnel on my gun (yet, at least) because I don’t want to extend the length of the grip frame (Nighthawk has a mag well that requires modifiction of the frame and doesn’t extend length. But of course, like a true custom shop, they can’t [read: won’t] retrofit this feature on existing guns).

Rather than invest in an equipment solution I spent a ton of time working on hitting the magazine well. I tried adding some oil paint to make the well more visible. I had tried this trick a while back but decided it was worth giving another go. Turns out, that wasn’t really my problem, and it didn’t really help anyway; the paint chipped away really quickly.

I did find that modifying my “workspace” just a bit helped a lot. I feel like we’re often told to bring the gun to roughly eye level and right out in front of us. I’ve not given this much thought in 12 or 15 years. Let’s look at what I did differently that helped my reload times.

Next, I rolled the gun slightly forward. This created a more natural angle for my left hand as it brought the magazine to the magazine well. Rather than a forearm parallel to my body, this allowed my forearm to track away from my body at a much less severe angle in a way that I have a really difficult time explaining. 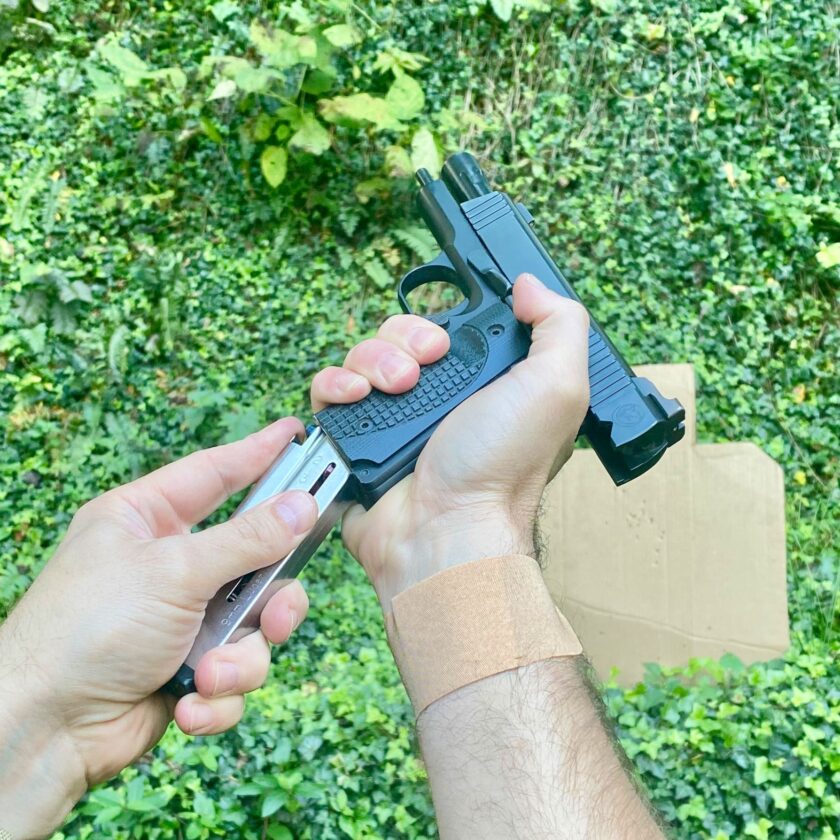 In trying to avoid that I tried to get the rear corner of the magazine “started” smoothly first, then ride the magazine in. 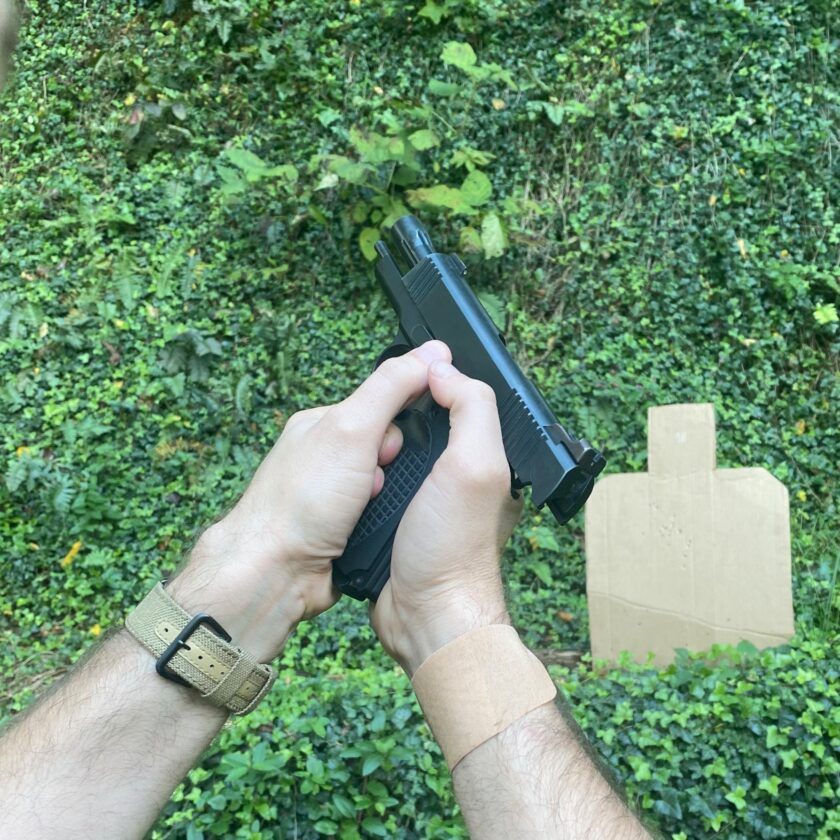 This saw a pretty good reduction in my reload times (about .20 – .25 seconds on average). Much more importantly it made my reloads more reliable; I now perfectly hit closer to 9 out of 10 instead of 7 out of ten reloads. More work needs to be done; I want to hit 99,999 out of 100,000. I’m going to do some other stuff in October and circle back to reloads before the end of the year.At this point I think I’ve accomplished most of what my physical abilities will let me accomplish in regards to reloading a 1911. I may add a mag funnel at some point, loathe as I am to make my gun’s grip bigger, or to give NHC any more money. I’ll let you guys know.

I’m up to well over 40 hours of dry practice this year (with my EDC gun – add ten hours with rifle and shotgun). I love watching minutes turn into hours turn into work-weeks. Minutes quickly turn into hours and it’s not hard to find ten minutes a day. What have you done?

Below are my day-by-day results of the past month.