Prepping Others: The Handout Fire Kit

A couple weeks ago I wrote about small, handout first-aid kits. I made them for our hiking friends who have not made their own preparedness efforts. Both of these individuals are great people, they just don’t know where to start. More recently, I decided to build them each a handout fire kit. The handout fire kit is a small, relatively lightweight, fairly inexpensive kit full of really good tools. Let’s take a look at mine.

I have several reasons for spending the time and money to build these kits. First, I want my hiking companions to be well-prepared. I want everyone I hike with to be an asset should something go wrong. Second, I want to give both of these people more confidence in the woods. Both are brand new to hiking, and both gravitated toward us. Rather than just take them on a bunch of walks, I want to make them more capable humans. Finally, if something were to happen to these people when I’m not around, I want them to have a fighting chance.

An important note: tools and equipment aren’t everything. They’re nice, but they must be accompanied by knowledge. So along with these tools I’m weaving some lessons into our hikes. Occasionally I’ll stop the hike and point out birch bark as a firestarter, or offer some other little lesson. I’ve loaned them books, and directed them to resources like my comprehensive fire-starting article.  Building a fire is hard, though, and tools and equipment do matter. My handout fire kit consists of four items: two fire-starters and two types of tinder.

I provided two fire-starters in these kits: a quick, easy, cheap tool, and a more expensive, more robust tool. The cheaper, flimisier of the two is a common Bic lighter. The Bic lighter has a lot going for it. First, it’s really, really cheap at around $1.25. The user can replace this as he or she sees fit. Second, these lighters are good for hundreds of lights. They can use the lighter here and there and not totally deplete it. The lighter is the first-line tool for getting a fire going because of its longevity. If you need to try to light a fire, try the lighter first. 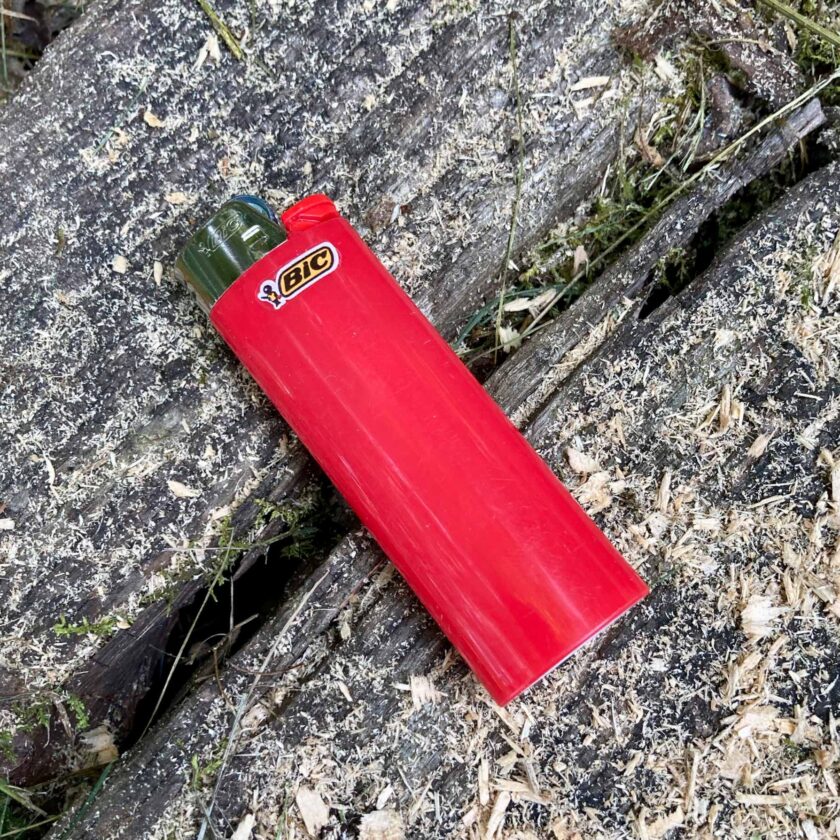 The downsides of the lighter are many. These are easily broken. The fuel button can be depressed in a pack, depleting it. They are not waterproof. Over time moisture will corrode the action, preventing it from working correctly. Lighters don’t work terribly well in the wind. Butane tends to gel below 32º Fahrenheit. Despite all the benefits of a lighter, the downsides must be considered. That is why I chose to include a more robust option in the kit.

The second fire-starter is UCO Stormproof Matches. I am a huge fan of these matches. Burn, even when wet. Once lit, completely submerging  them is required to put them out, as they can survive short dunkings and keep burning. They are very, very windproof. They have a long burn-time, and burn very hot. I opted to go for the kit that includes a rugged, waterproof case and additional strikers. Like the lighter, the matches have some downsides, though. 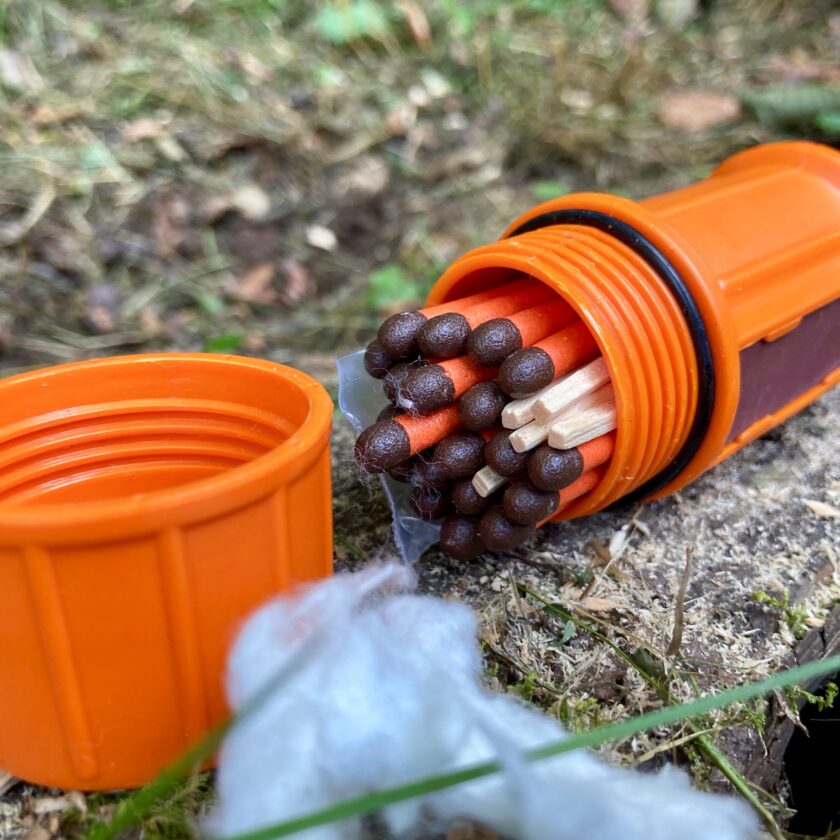 The first: these matches are bulky. That means only 25 of them fit in the provided case. This means you can’t start very many fires with these matches, so you want to preserve them. Second, they are expensive. If they use them for non-emergency purposes and deplete their supply they might not restock. Third, they are not “strike anywhere.” The matchbox has a striker on its side. Two more strikers are included inside the case. But should these be lost or destroyed the matches wouldn’t work.

My reasoning for providing matches and a lighter should be self-explanatory by now. If I only provided the matches, they might use them for mundane, non-emergency stuff and deplete their supply. If I only provided a lighter it might be damaged when they need it. Or conditions might be too rough to use the lighter, so the matches are a great backup.

Why No Sparking Tool?

If you’ve read my thoughts on fire-starting, you know I like sparking tools. They are impervious to water. Sparking tools go for thousands or tens-of-thousands of strikes. They work even when broken. Why didn’t I include one here? 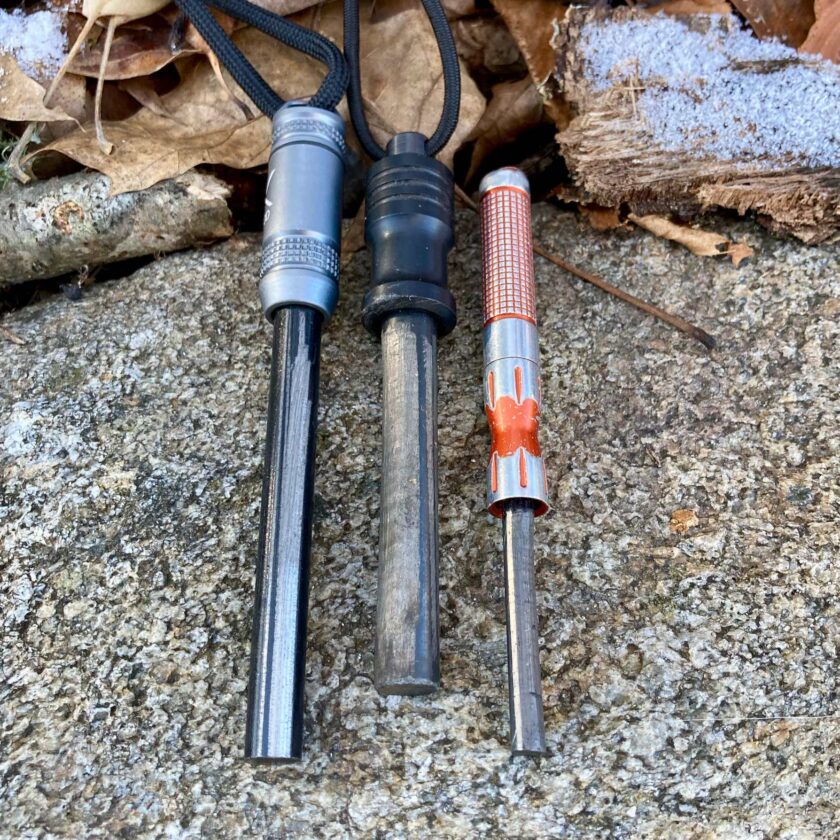 I didn’t include one because parking fire starters are difficult to use. The key to handout fire kits is knowing your audience. Giving the recipients tools that they can’t use effectively doesn’t help them. I chose to provide something that could be immediately useful, and would still be useful later, when they have more skill. Now let’s talk about tinder.

I included two types of tinder in this kit: Vaseline-impregnated cotton balls and fatwood. I wanted to give the users maximum chance of success in starting a fire. Both of these tinders are fantastic, and both are carried in my pack. With these two items it would be hard NOT to get a fire going. 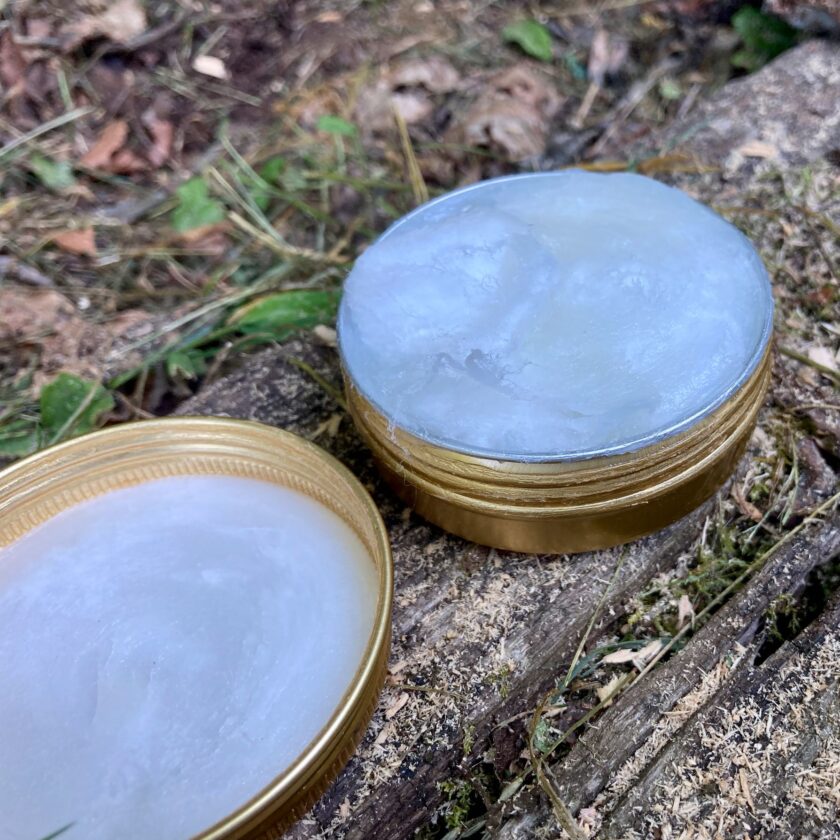 Then you’ll want to put it in a waterproof container. Waterproof both to keep water out, and to keep the petroleum jelly in. I used these inexpensive, food-grade, screw-top aluminum tins. They should work great for their intended purpose.

Fatwood: Next, I included two pieces of fatwood. Rather than a one-or-the-other approach, I like using both of these together. Use the cotton balls to get the fatwood shavings going. The fatwood will then hold the fire and get kindling going.

This is a really solid setup. You’d have a hard time NOT getting a fire going with this stuff. One should be able to start a fire even in very poor conditions with this stuff.

Cost of the Handout Fire Kit

So how much did the handout fire kit cost? How much less could it have cost? Let’s find out.

Cost as-is: Here are the costs for the items in my version of the handout fire kit:

The total, pro-rated cost comes out to $13.04 per kit, or $26.08 for the two I made. That’s not nothing – that’s a lot of money to be giving out left and right. Also, we don’t pay pro-rated costs because we actually have to buy the whole lot. I saved some cash because I have a box of fatwood here, as well as lighters, petroleum jelly, and Vaseline. The only thing I really purchased was the Stormproof Matches. The actual out-of-pocket cost had I purchased all of this would have been way, way more: $78.18. 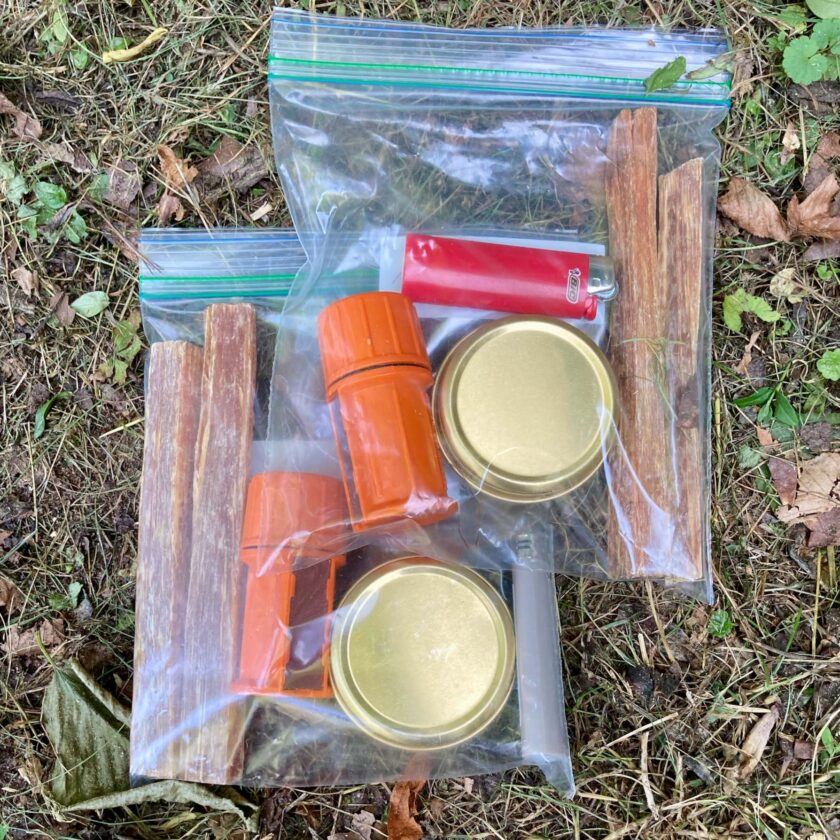 Again, I didn’t think about cost much when I assembled these kits. I was only making two and already owned most of the stuff. But now I am, because I’d like to have a few of these lying around. You may want to because you have a large family to outfit. Since we have to buy a lot of these items in bulk, let’s see how much we could get the cost-per-kit down when assembling 12 kits.

I’m content to leave most of the kit alone, but one modification is required. The UCO matches are by far the most expensive item. I’d be willing to go with acceptable substitute in order to lower that cost. One possibility is paraffin-coated strike-anywhere matches. 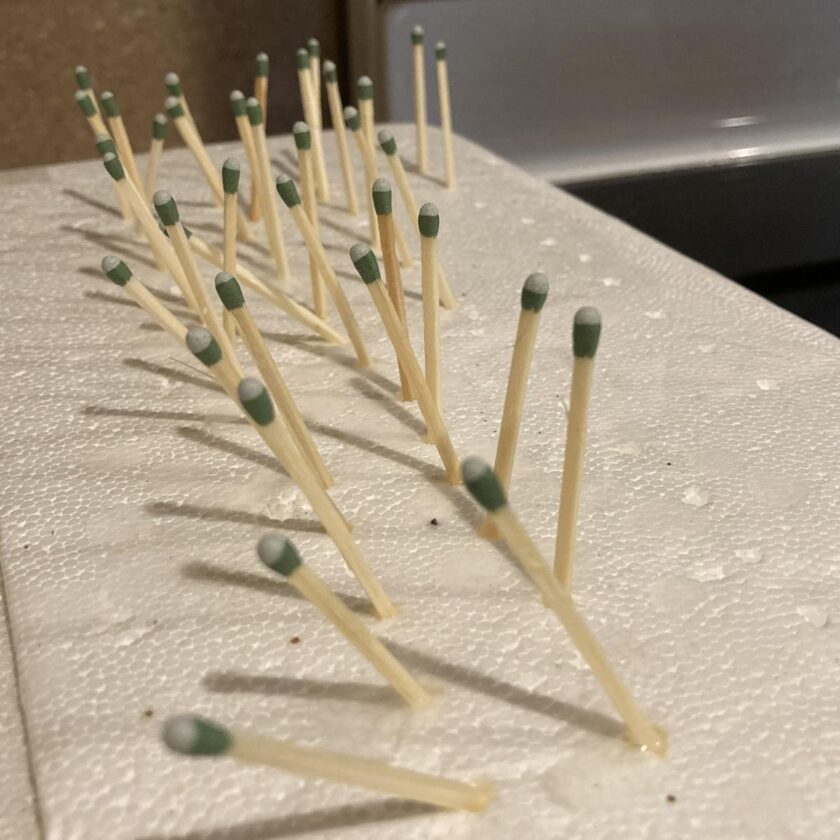 Coating matches in paraffin is easy but requires some time. Melt paraffin was in a double-boiler, drop matches, in, remove, and let dry. Repeat three times. This coats the match with waterproof wax and the wax serves as fuel.  Wax-coated matches burn about twice as long and with a flame that is about one-third higher than un-coated matches. Unfortunately a waterproof match container is required for these matches, so that will factor into our cost, too.

The unit total for 12 match kits is only $4.72 each – reducing the overall cost by about half. The extended total is $56.64 for matches alone. Let’s look at that, and all the other stuff for the total kit cost.

Regardless of whether you build one or a dozen, this is a damn solid fire kit. Just about anyone should be able to use it to start a fire. In assembling these kits I have improved the survivalibity of our hiking buddies. I’ve also improved my own survivability by choosing to be in the woods with capable people. Not to sound manipulative, but I’ve also solidified my relationship with some great people!

And I’ve done it all for just a few bucks per person. If you’re looking to build community, truly help others, and help yourself in the process, this is a really good way to do it!

1 thought on “Prepping Others: The Handout Fire Kit”