I could have also titled this article, “Two Places I Don’t Want to Be Right Now.” We haven’t been out much lately. We were about a week ahead of the curve on “social distancing;” we stopped eating from restaurants, going to the gym, and going to BJJ. My girlfriend works from home and my work is travel-based, so naturally that’s shut down right now. As a result we’ve been pretty isolated.

One of our few trips outside our house was yesterday. We went to the vet to pick up a few months’ worth of heartworm and flea/tick medication for the dogs. As we were headed to the vet I started thinking about our “safety margins” and whether they need adjusting. There are two places I absolutely don’t want to be right now: the hospital or jail. Don’t get me wrong; I never want to be in either of those places, but right now?

The Jailhouse or the Hospital

Definitely not. Why do we prepare for emergencies? We spend our time and money prepping to retain a sense of control during times of uncertainty. I want food security, so we have stockpiled stuff starting way back in May (as soon as we moved). We wanted resilient heating and cooling systems so even if we had to spend a winter without power, we could still warm our home and ourselves. Most of you probably carry guns to give yourself a sense of control against unpredictable, dangerous situations. What would make me surrender all of these things and more? Being in jail or in the hospital.

What is the one thing you lack above all others in jail? Control. Control of anything. You can’t create your own food security by stockpiling food. If the water goes out, guess what? That’s right, you surely don’t have a stockpile of water. You can’t choose to limit or completely restrict your interaction with others. You can’t decide, “hey, this place is dangerous. I’m getting out of here.” Virtually all control is stripped from you when you enter the jailhouse. Also, a jail is a confined petri dish, as NY’s jails indicate.

And it’s the same thing with the hospital. You give up control in ways both different, and similar. You’re sleeping in a foreign environment that is largely unsecured. You’re disarmed. You may be sedated or attached to stuff that you can’t just pull out, or (especially currently) dependent on a ventilator or CPAP machine. If you’re there, there’s a reason; you may not be physically able to walk out, or sustain yourself for very long if you do.

Why would I be in jail? I don’t plan to be, but every time I leave my house I expose myself to at least some risk. I’m carrying a gun. I’m doing so “in the right,” both morally and legally. If I use my gun it will be morally and legally justified but. . .  Well, you guys know how that is going to go, right? I’m probably not going to get a handshake and a wink from the sheriff.

Carrying a gun means you’re also carrying some legal risk. Things are getting tense. People are getting scared, and stabbing each other over toilet paper. If you haven’t been following news out of New York, over 5,000 NYPD police officers called in sick yesterday. Almost 1,000 of them are sick with COVID-19. And New York is letting prisoners out of jail. There’s a lot going on right now. The likelihood of using my gun on any given trip to town is probably a bit higher than it was two weeks ago.

Why would I be in the hospital? Sure, I have a deep medical cabinet and a good degree of medical knowledge and skill. But am I going to treat serious injuries over the long term? Probably not, unless there is absolutely no other option. 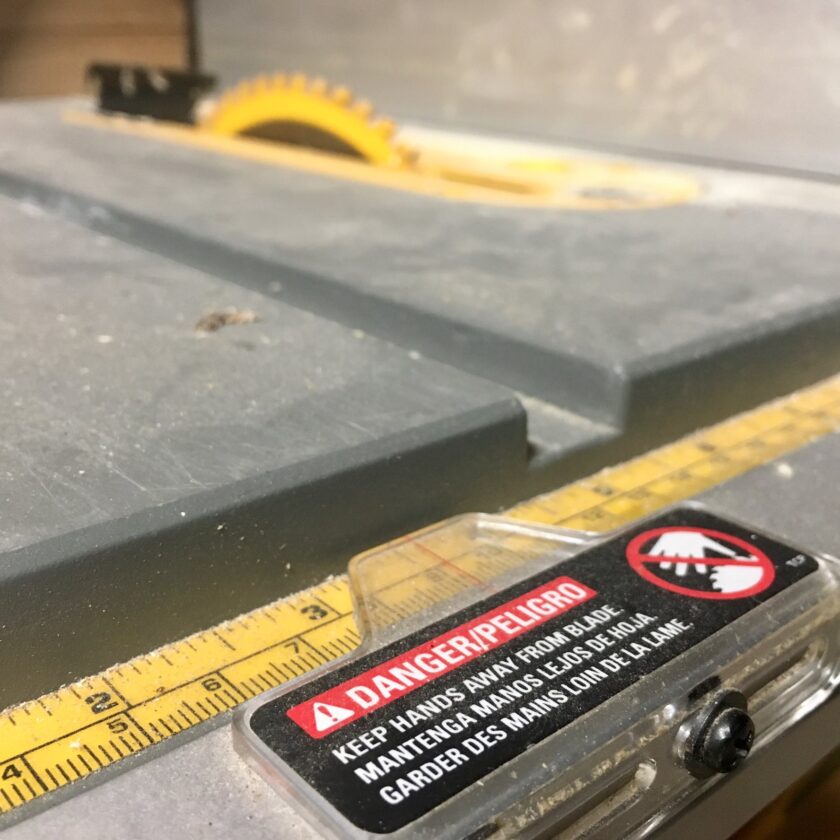 Under normal circumstances I use a chainsaw pretty often – at least a couple times week. Recently a family member had a chainsaw accident that put him out of commission for a few weeks. He’s not some neophyte with a chainsaw – he worked as a logger for years. Currently, as a landscaper he still uses a chainsaw all the time. His accident has me thinking HARD about the necessity of using the chainsaw, and PPE when I do.

I use other power tools, like circular saws regularly, too. I drive a car and though we don’t think about it (if it happens commonly it’s not “news”), that’s probably the most dangerous thing any of us do on a regular basis.

With the current state of things, I can’t really afford to be in the hospital. Though I’m in a “low risk” category for COVID-19, I still want to be able to provide for myself and my girlfriend and be an asset in my community. Also consider that in the coming weeks healthcare may be stretched to the limit. The pretty decent responses from fire departments and EMS we have now may be far less dependable in the near future. The availability of hospital beds, antibiotics, IV bags, and so many other supplies we take for granted may be in far less ready supply.

I have been asking myself some hard questions about behaviors and their relative safety or danger. Do I need to use that circular saw, or will a handsaw answer the mail? Do I need to use a chainsaw to cut that tree up, or is it OK where it is for a few weeks? Do I have the PPE you need – don’t forget that a drill bit casting a single shard of metal into your eyeball can put you out of commission – for the tool I’m using?

I’m not telling you not to go to the grocery store; in fact I’m telling you the opposite – if you need shit, GO!. I’m not telling you not to use your chainsaw or your circular saw; indeed, I felled a tree off my woodlot last week, and spent the better part of Saturday building a chicken coop. I’m not discouraging you from driving your car (we have eliminated unnecessary driving). I would encourage you to assess necessity versus possible risk. Do you really need to be out driving around, or in proximity to the public, or running a chainsaw right now?

Everytime I’ve pulled out a power tool, started the chain saw, or we have gotten in the car, it has been an extremely calculated decision. If you must take a given action, think about it. Can you put it off? Are you wearing appropriate PPE? Have you done everything else you can to prevent an accident from happening and limiting its impact if it does? These are things you should be thinking about in any emergency. 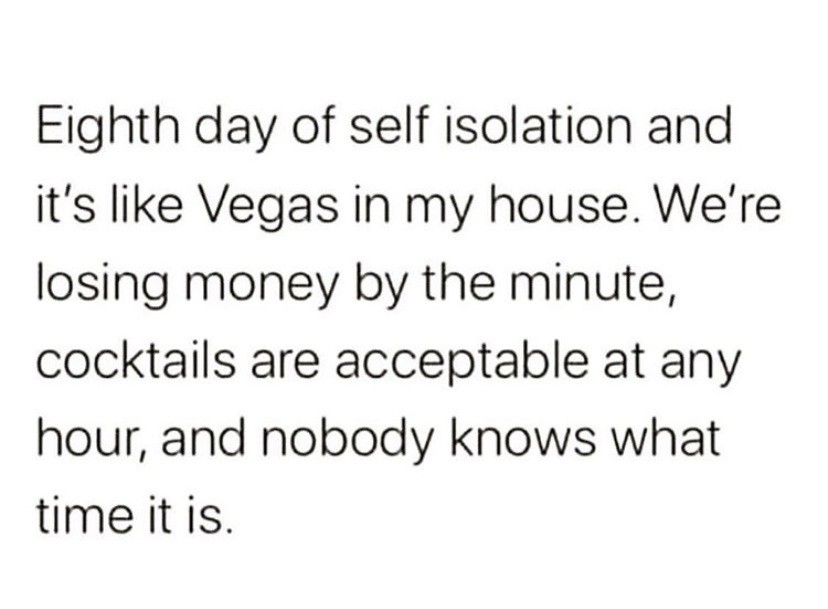 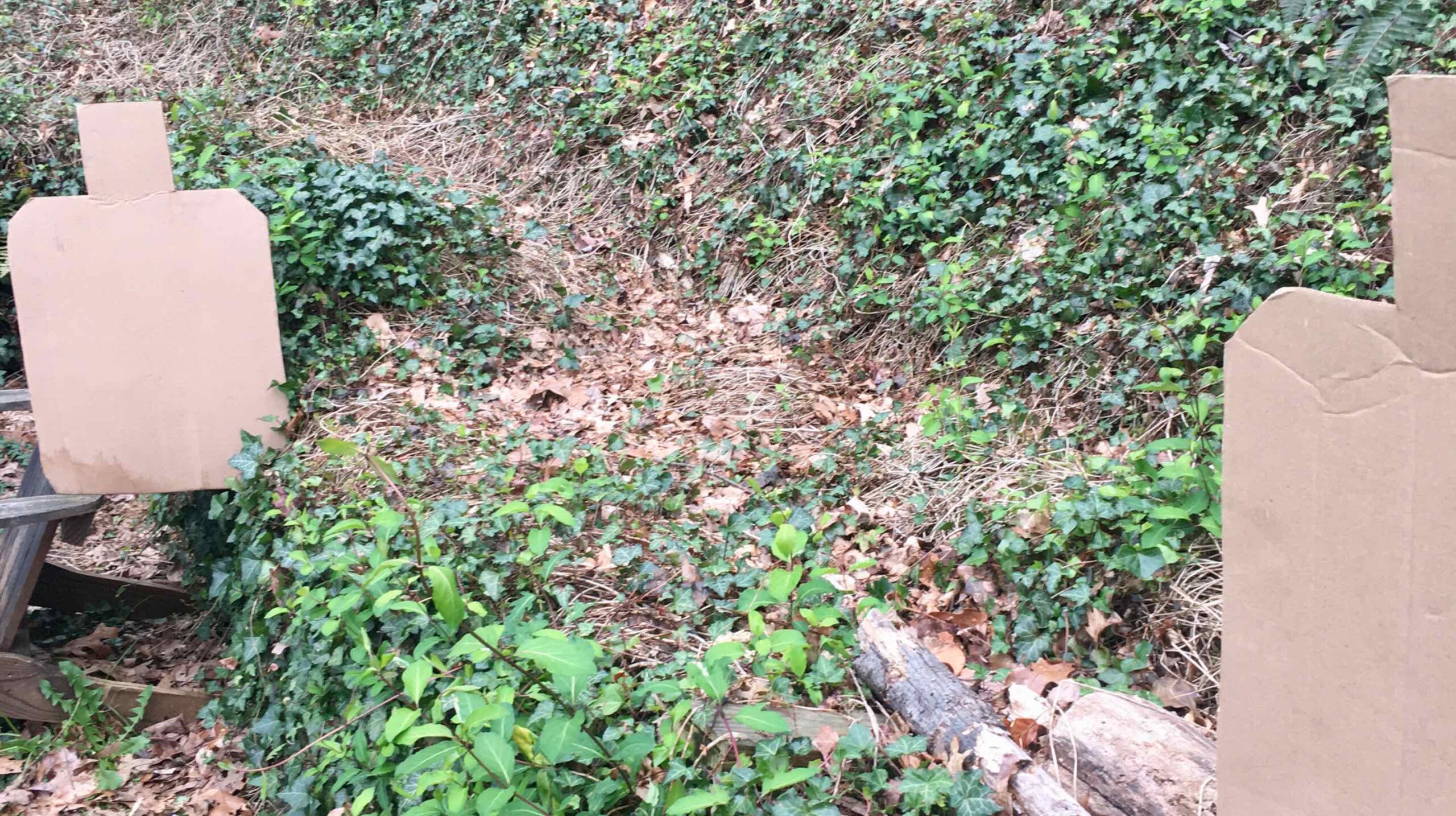 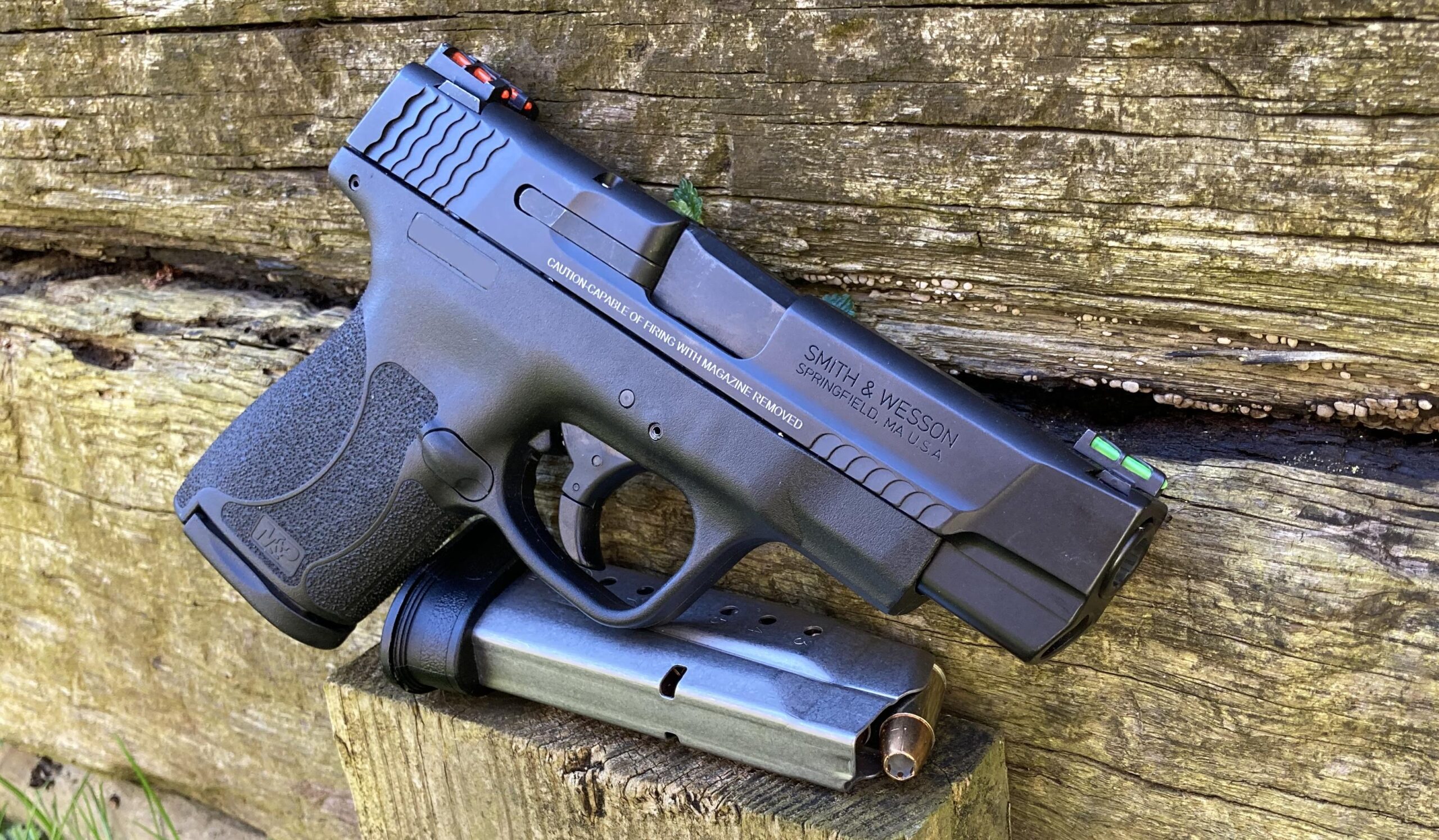 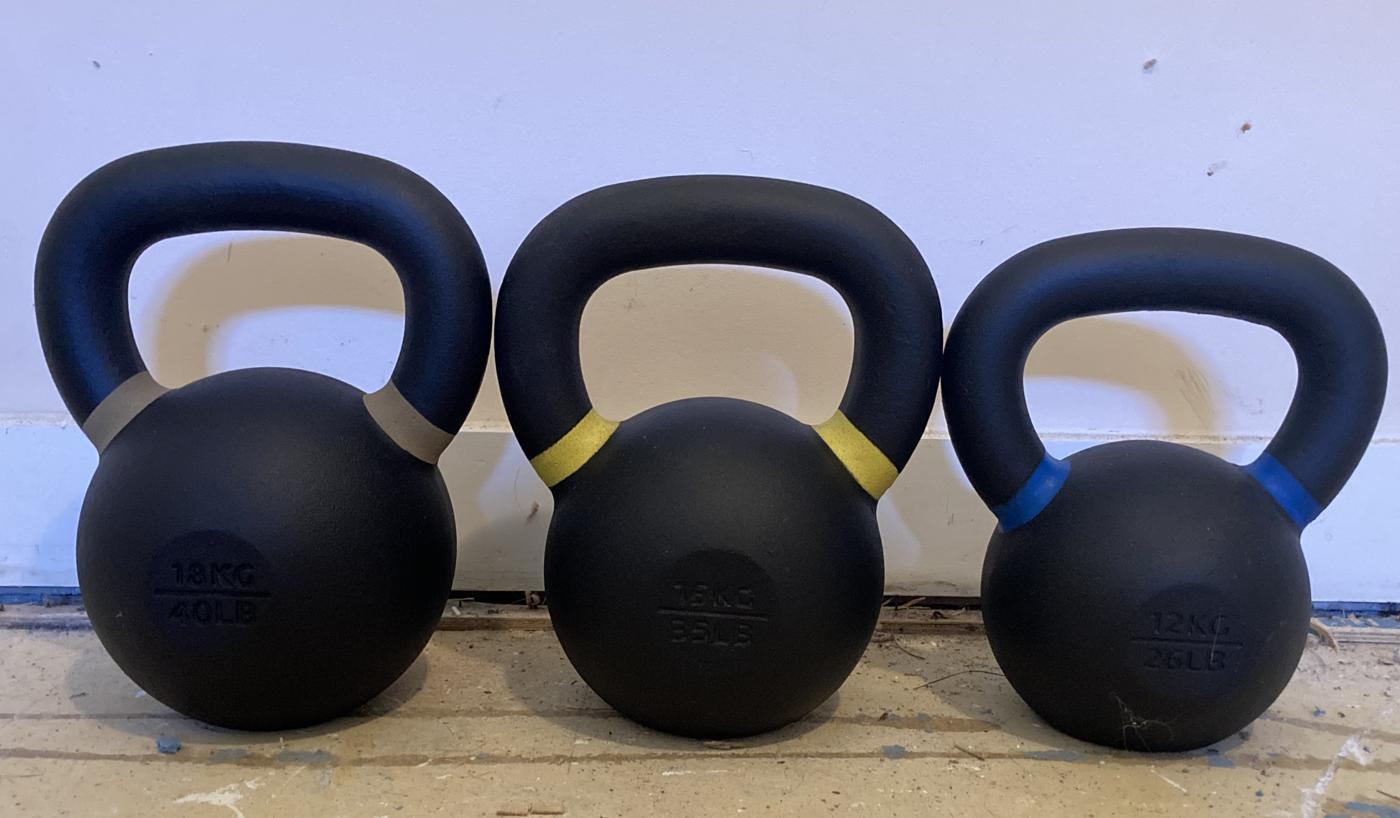