I have been a little slow on the flashlight reviews lately. This is for a couple reasons. I’ve reviewed most of the ones that are worth reviewing in my price and general usefulness ranges. Secondly, I found one that I really, really love and I don’t really want to put it in a drawer to review something else. That light: the Fenix LD12 (2017 Edition).

Today’s post will explore a problem I had with the LD12 and the resolution I experienced with customer support. Right up front this isn’t a hit piece and it’s not a love-in. There was some good and some bad, but overall I’m pretty satisfied. I’m also going to address a feature of this light (and quite a few others) that I haven’t previously addressed. At the end I’ll give you a quick run-down of six months of carrying this light. Here’s what happened:

The pocket clip on this light is held on by tension. It pops off the light, providing two potential benefits. First, it allows the clip to be turned around. This is nice if you want to carry your light bezel up. Just turn the clip around and voila! It’s also nice if you want to clip the light to your hat and wear it as a headlamp. Obviously if you don’t want the beam shining directly in your face, you need to turn the bezel around so it faces outward. Cool. 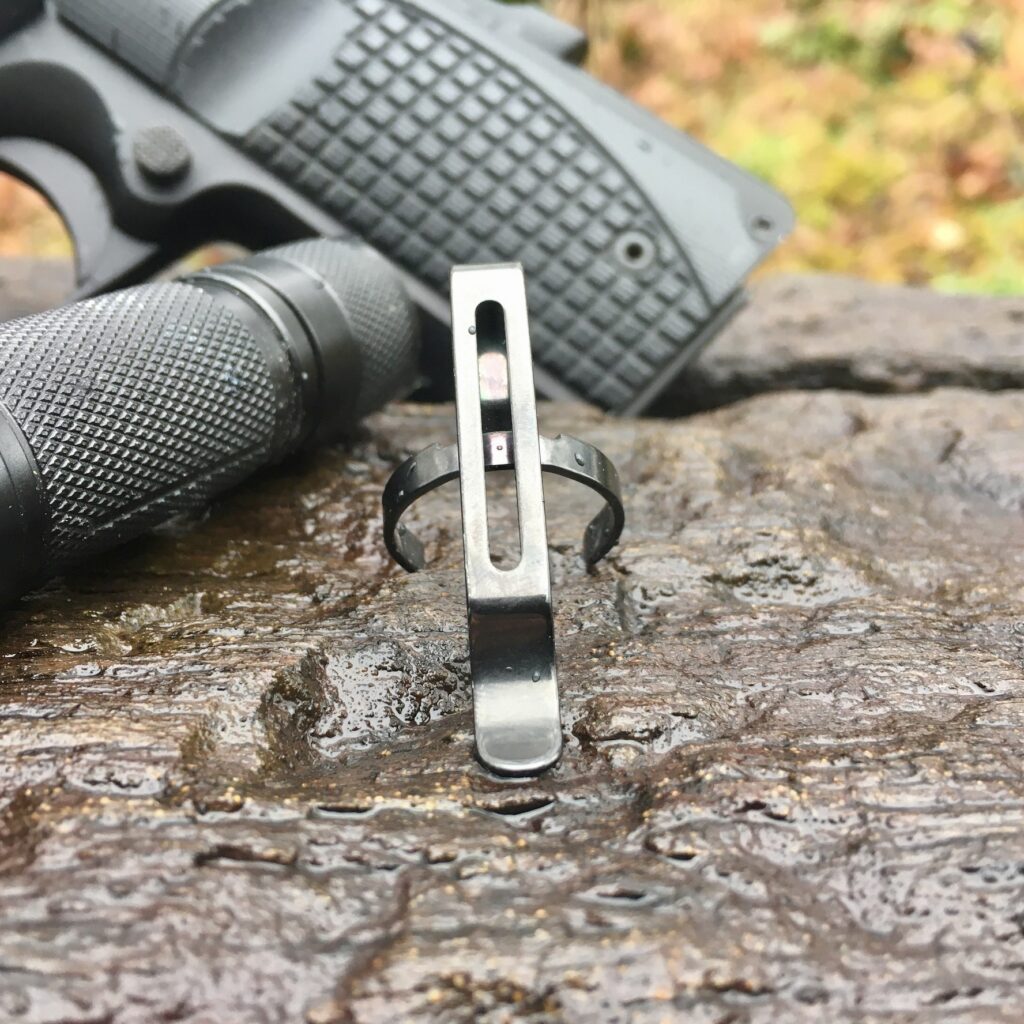 The other reason you may prefer a clip that pops off is that it can serve as a breakaway. If the light gets caught on something – say, a seat belt, which is my most common offender – the clip will break away. At worst you lose the clip, but not the whole light. Were the clip more firmly attached the whole $50 light might be pulled out of your pocket and forgotten in the rental car. Instead, the body of the light falls into your pocket.

This happened to me recently, and the obvious downside is that you no longer have a pocket clip for your light. This was big disappointment for me, so I switched up to the next-best light while I got in touch with Fenix customer support.

I was pretty impressed with customer support. I emailed them and simply told them how much I loved the LD12 and I’d like a new clip. I think I even offered to pay for it and an extra or two. Within a day I got an email asking for my address, letting me know that a new clip would be on the way. I never got a confirmation, so I began checking the physical mailbox. I waited, and waited. . . and waited.

Finally, almost a month later I reached back out to Fenix. Within 24 hours the same customer support rep got back in touch with me. He apologized, briefly explained that something had caused the order processing system to hold up the shipment of the clips. He said he would resolve the issue and get some new clips on the way.

Two days later I opened my mailbox to find a package from Fenix. It contained not one, not two, but FOUR clips for my LD12. 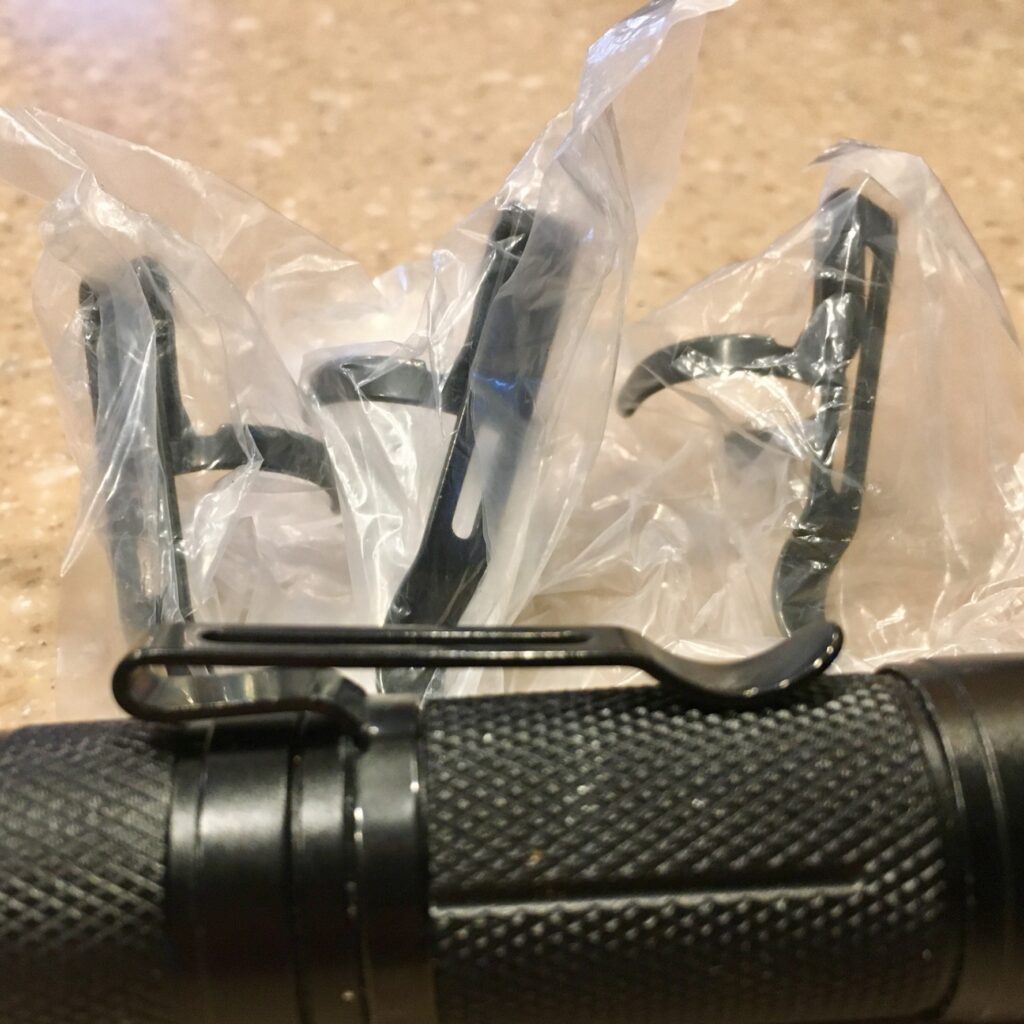 So, pros and cons: Pro: customer service is very responsive. Con: my order “fell out of” the system for a month (could have been shorter had I reached out sooner). Pro: customer support sent way more pocket clips than they had to at no charge to me. Overall: great experience.

I’ve carried a lot of lights in the last 12 months. As you might have noticed it appeared on my EDC layout a few weeks ago. This is still my hands-down favorite. Losing the clip sapped a little bit of my confidence, but on reflection I’d rather lose the clip than the whole light. 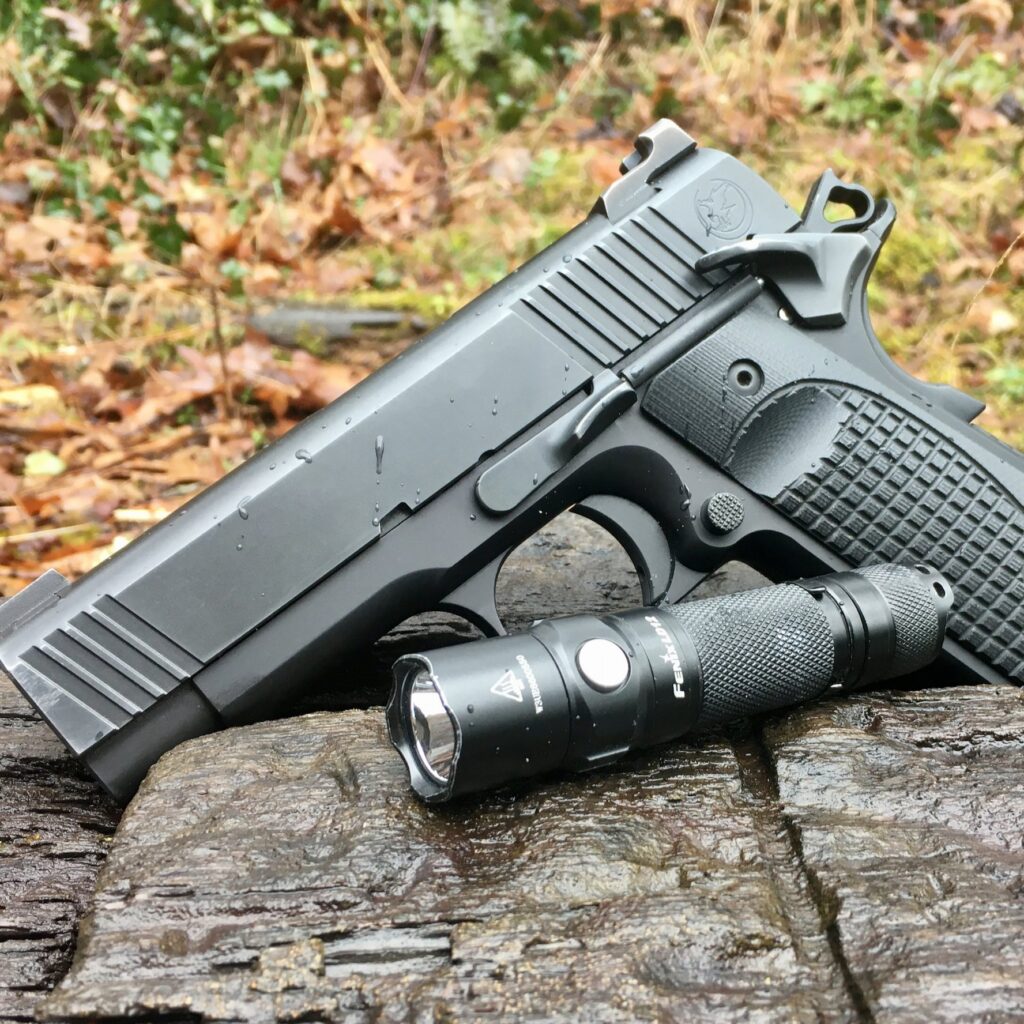 What makes this such a great light? The size is just about ideal for me. Honestly if the barrel were a bit skinnier I wouldn’t be mad, but I can definitely live with the size. The brightness settings of the Fenix LD12 are great, and the light lasts plenty long at my usage level with Eneloop Pros. To be honest I wish I had switched to this light a long, long time ago. If you’re looking for an EDC light, check it out. 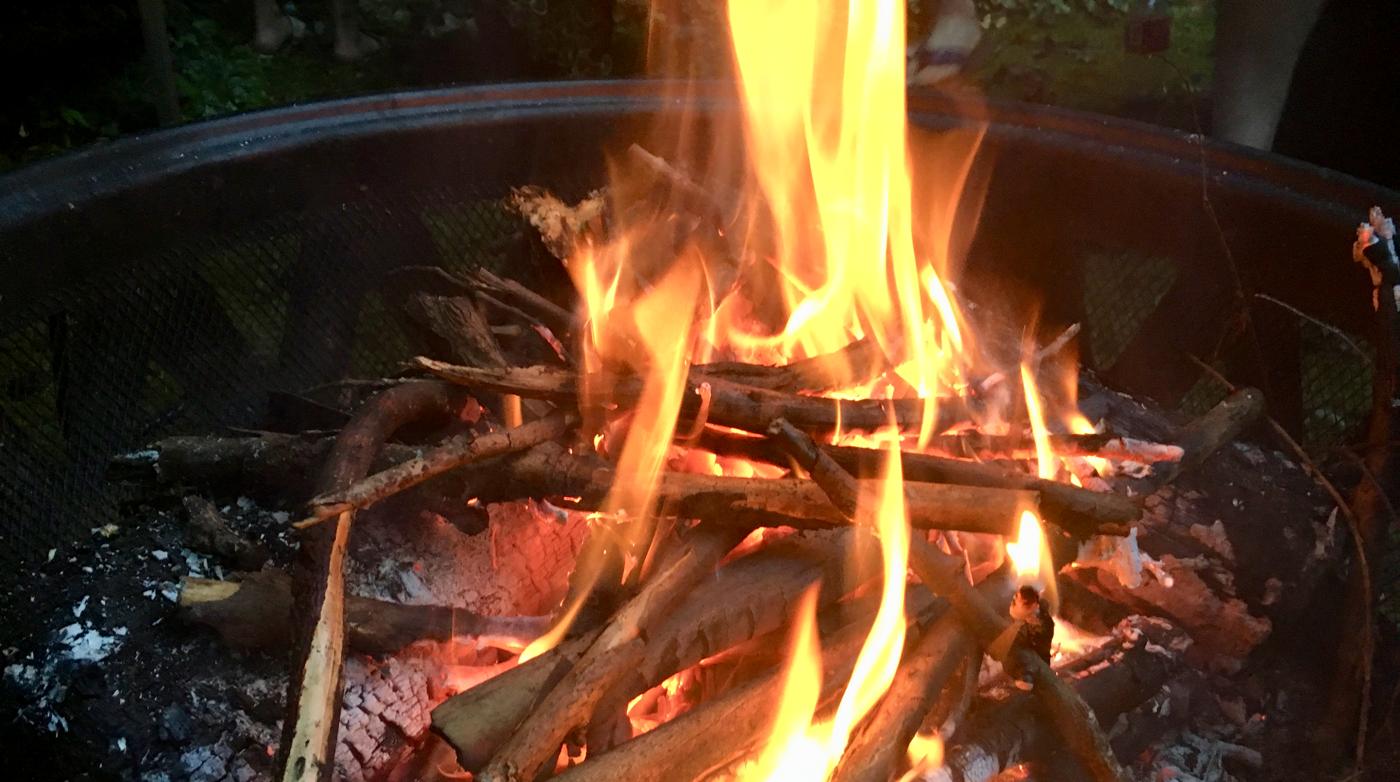 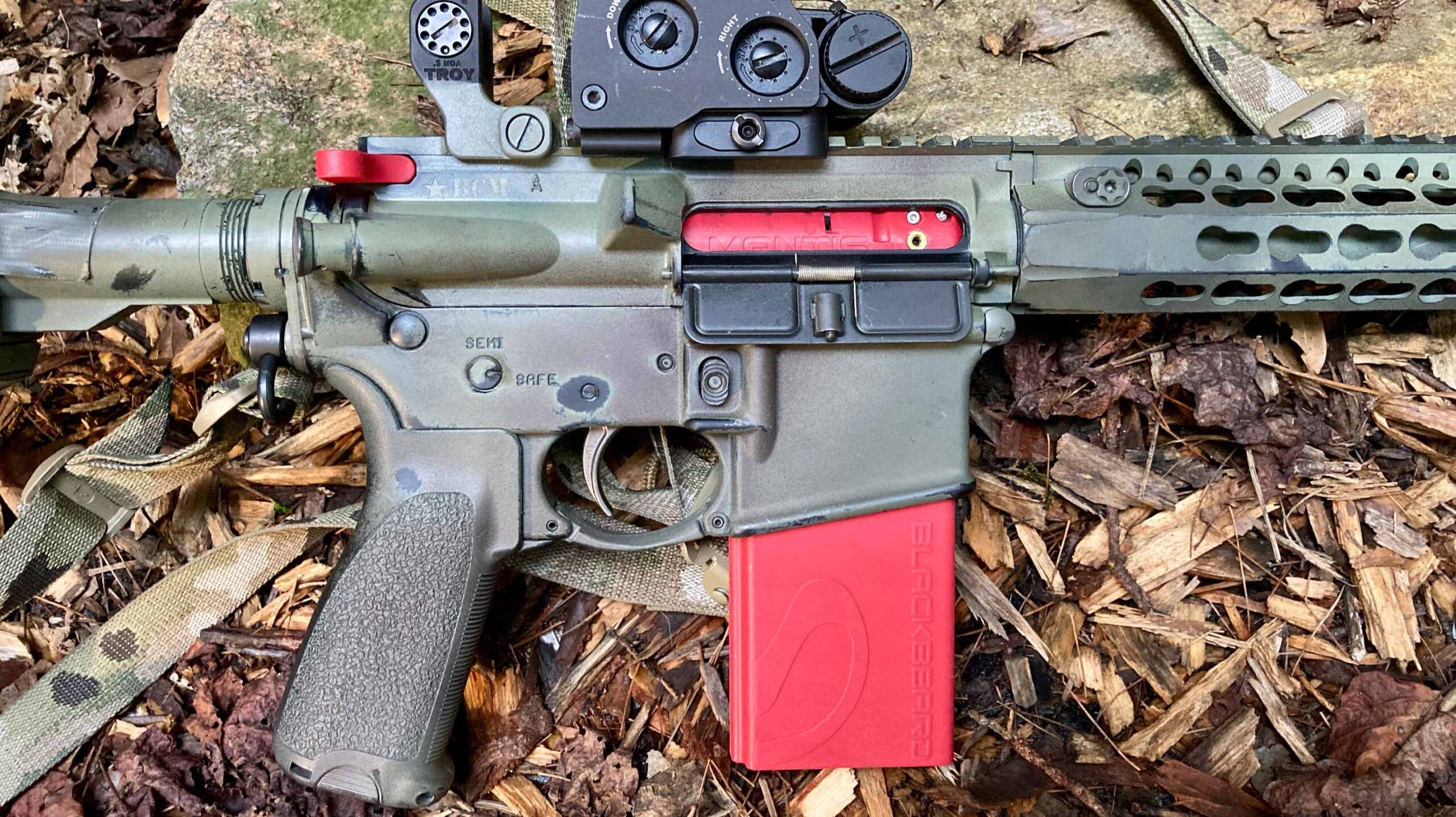 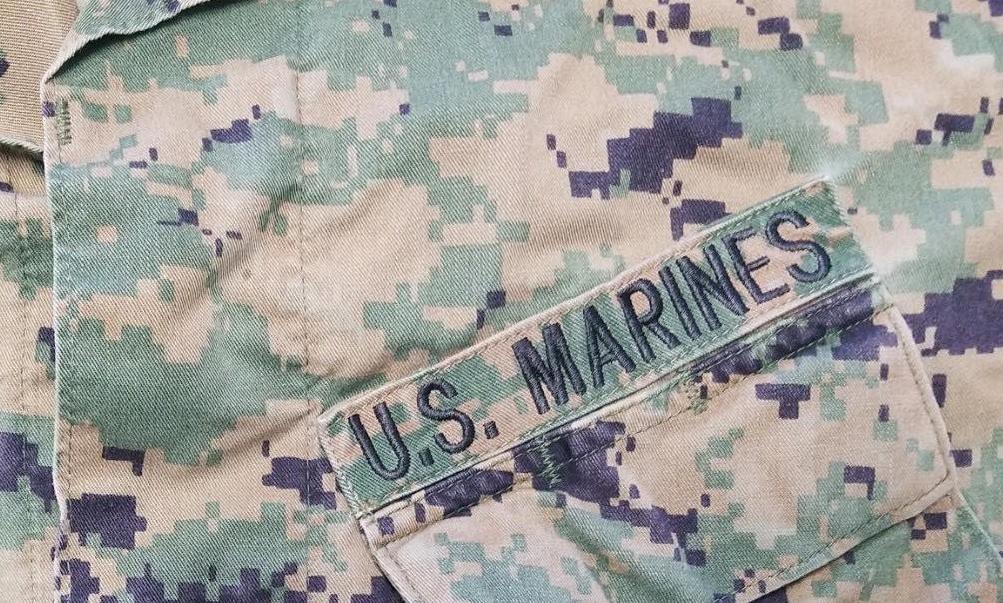