The second stove in the Survival Cooking series is the Jetboil Flash. The Jetboil has been around for twenty years (since 2001) and is the gold standard in personal camp stoves. It is used by backpackers, climbers, preppers, special operations personnel, and just about everyone else who spends significant time away from the comforts of home.

The first Jetboil I ever encountered belonged to one of my teammates back in 2004 or 2005. This cooking system was a game-changer in my mind. I had done a good amount of backpacking as a teenager in the 1990s. Back then the “dual-fuel” and “multi-fuel” stoves were all the rage. These stoves worked on gasoline, white (Coleman) gas, kerosene (and sometimes diesel), which was cool because you could find a fill-up just about anywhere. But they were finicky and required a lengthy bottle-priming process. Sometimes they could be difficult to light. The Jetboil Flash suffers none of these ills. Pretty much anyone can use it and it’s easy. I finally purchased my first (and so far only) Jetboil almost ten years ago now. 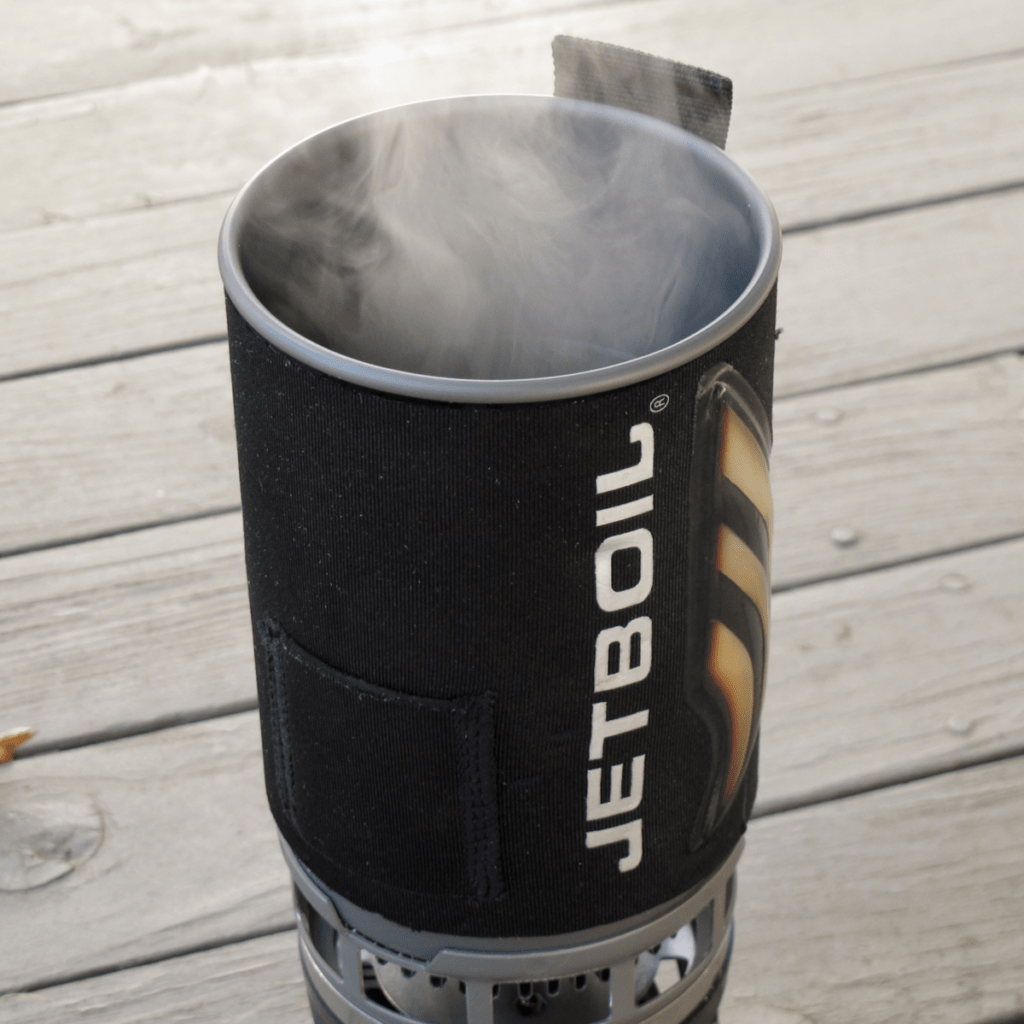 The Jetboil Flash has some incredible benefits. The first is speed and user-friendliness. The Jetboil sets up extremely quickly. Simply open the self-contained cup, and remove the stove and fuel canister. Screw the canister onto the stove, and attach the cup to the stove. Open the fuel regulator and press the piezo ignition. You should have boiling water in under three minutes. Simple as that! The Jetboil also cools really quickly, allowing you to pack it up with little delay. 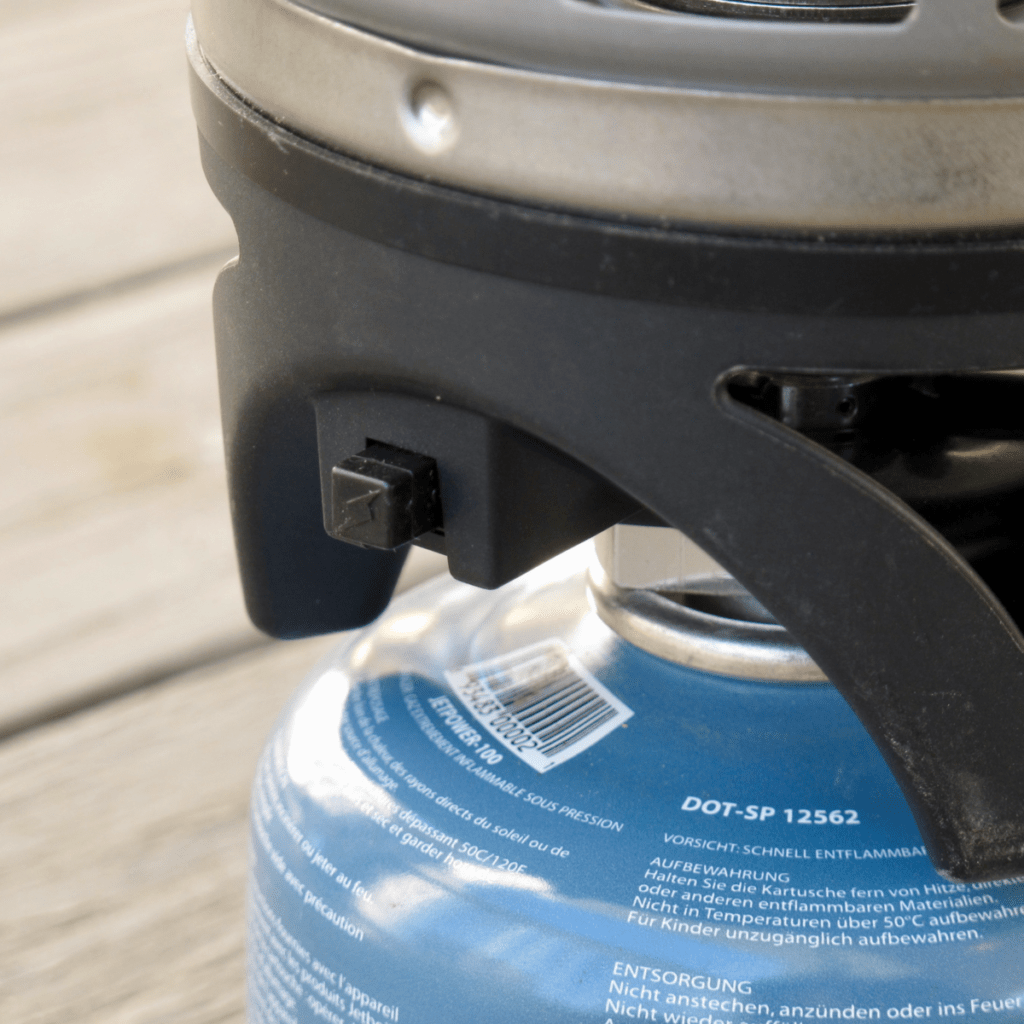 The speed in this system is due largely to its insane efficiency. unlike many stoves there is very little wasted energy. I also like the self-contained nature of the Jetboil Flash. It has everything you need built into a convenient unit. The Jetboil Flash is NOT the most compact unit on the market. The cup that comes with it holds all other components of the stove, but is big. It features a heat-proof sleeve with a built-in, color-changing “hot” indicator. 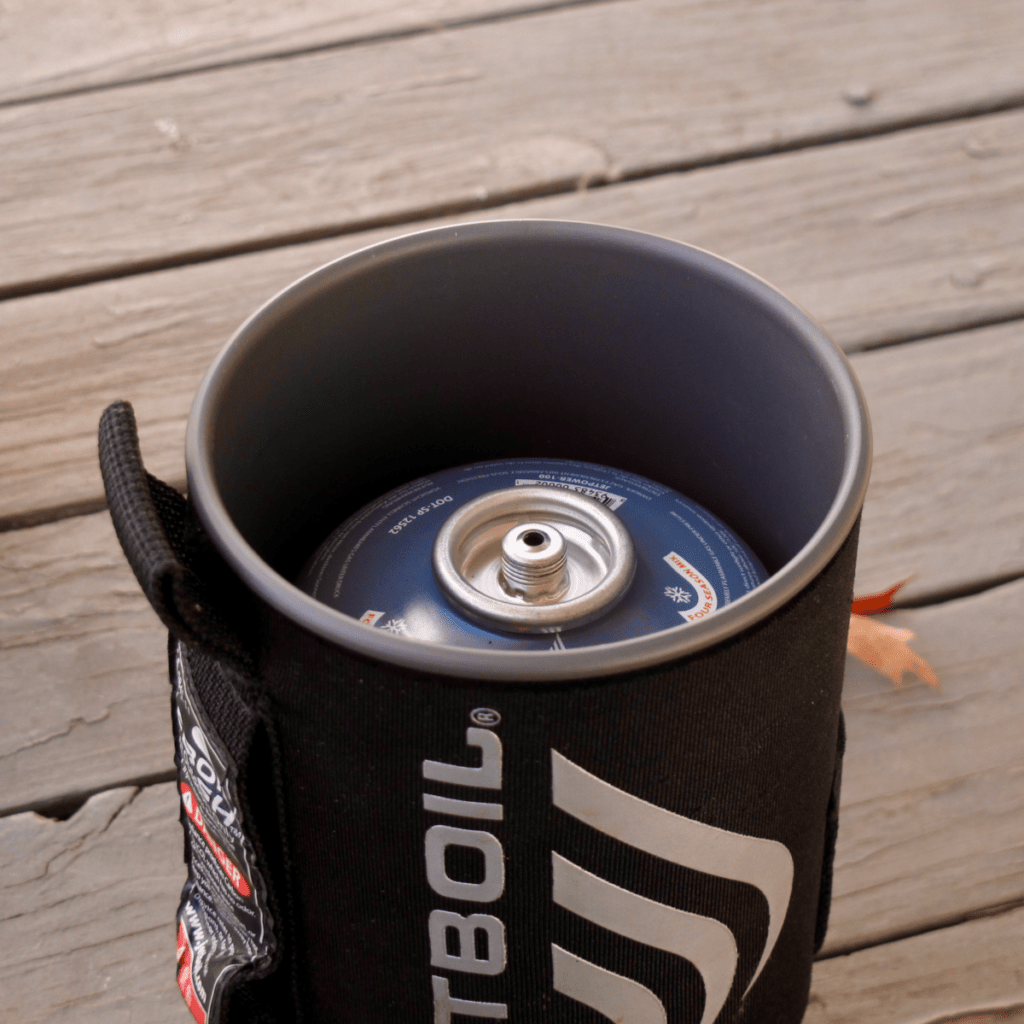 The Jetboil Flash’s temperature regulator is a simple wire dial. Opening it all the way will get water hot, FAST! Dialing it down a bit will lower the temperature, but how much exactly is debatable. The JetBoil may not be suitable for something that requires a long, low simmer, like pinto beans. This stove is designed with a single purpose in mind: boil water, and do it in a hurry. 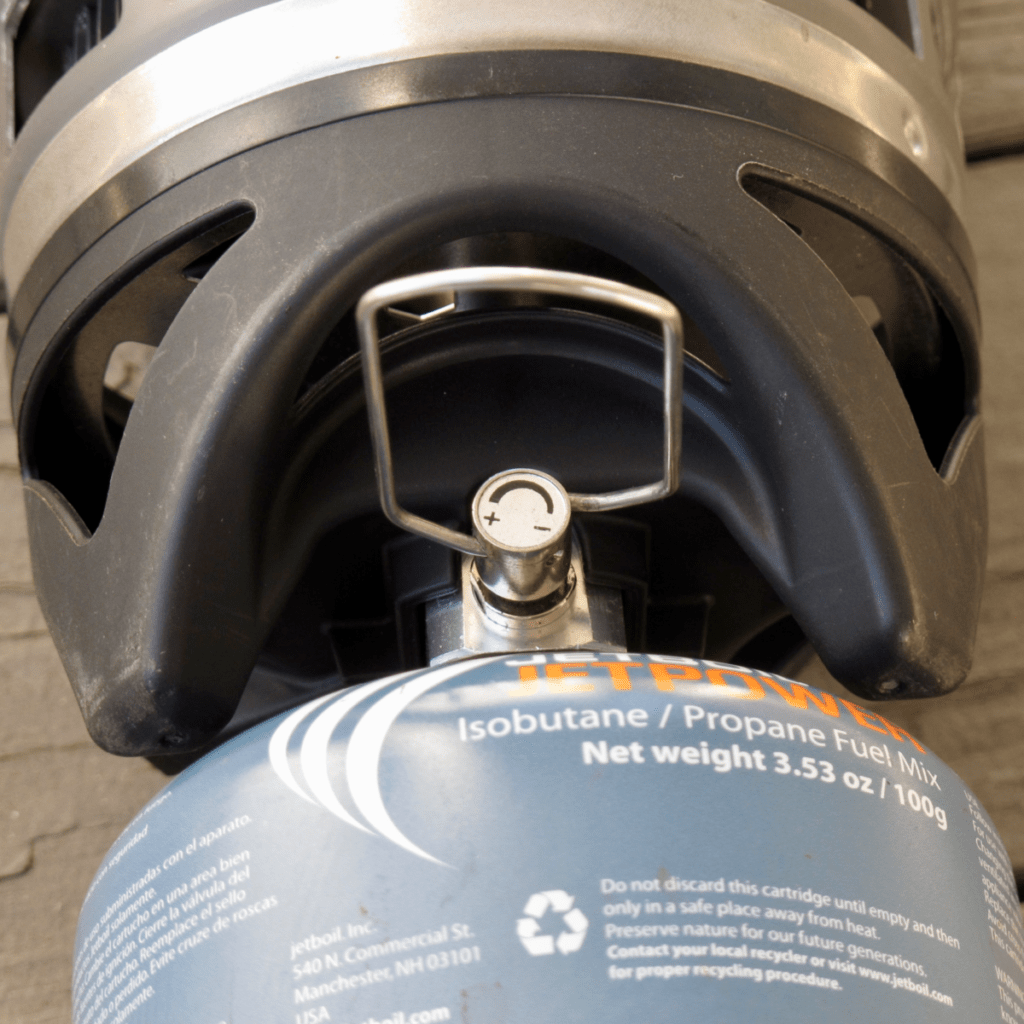 Because the Jetboil is so popular, it is also amply supported with a wide array of accessories to suit every discerning camp cookie. My Jetboil Flash is stock, but if you want you can outfit yours to the nines. There are frying pans made specifically for the stove unit. If I were going to purchase one accessory for my Jetboil Flash it would be the 10″ fry pan for the flexibilty of cooking things other than water. There are also French press units for you coffee connoisseurs. There is even a steel ring setup that allows you to use non-Jetboil pots and pans.

Being a very specialized tool, the JetBoil Flash also has some drawbacks. The biggest of these, in my mind, is the fuel. The JetBoil runs on “Jetpower,” a proprietary propane/butane mix. You can also run it on competing canisters from Primus and Coleman. These canisters come in a variety of sizes which can be characterized as “big” and “small.” Although Jetboil advertises a mid-sized canister (which I’d really like to run across for several reasons) I’ve only found the 3.5-ounce and 16-ounce Jet Power units. The isobutane/propane fuels from Primus (called Power Gas), Coleman, and GSI (available at Dick’s Sporting Goods) come in a variety of other sizes, but again, these can generally be lumped into the aforementioned two categories. 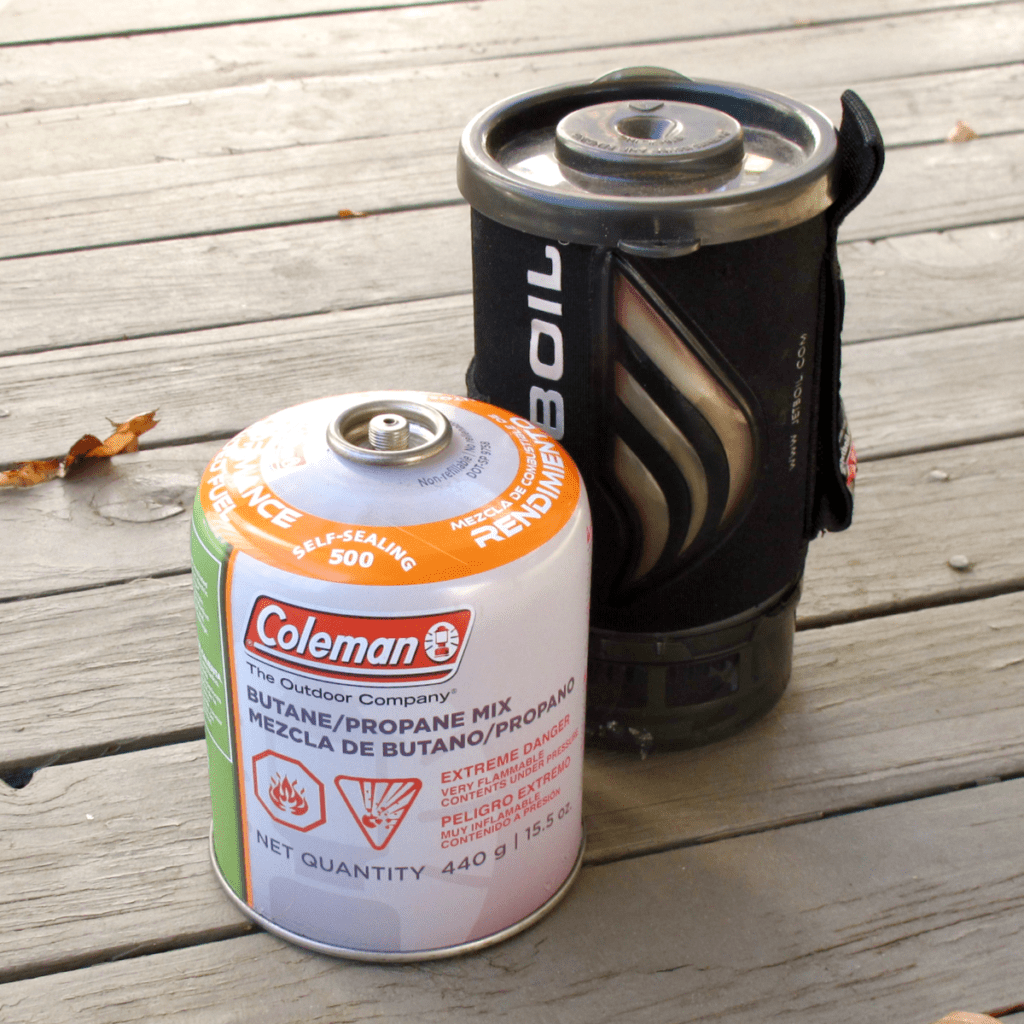 The Jetboil’s proprietary fuel system isn’t a problem normally; one can usually find fuel from one of these brands, everywhere from REI and Eastern Mountain Sports to Walmart and Dick’s Sporting Goods. And even the small fuel cartridges last longer than you’d think if used somewhat sparingly. In hard times, though, suitable fuel might be hard to come by and if you don’t have fuel, this stove is pretty much worthless. Of course I have a few laid by, but these will eventually run out.

One other potential point of failure with the Jetboil is the igniter. Though I have not personally experienced this, the igniter is widely regarded as the part most likely to fail. You can still light the thing without the igniter (assuming you have a match) but it’s not easy. Spare ignition assemblies used to be sold but every site I’ve checked in the last month lists them as “temporarily unavailable.” I really wish I’d bought a few of these a couple of years ago. If your ignitor fails you can use a lighter, though I’d recommend using a long one. 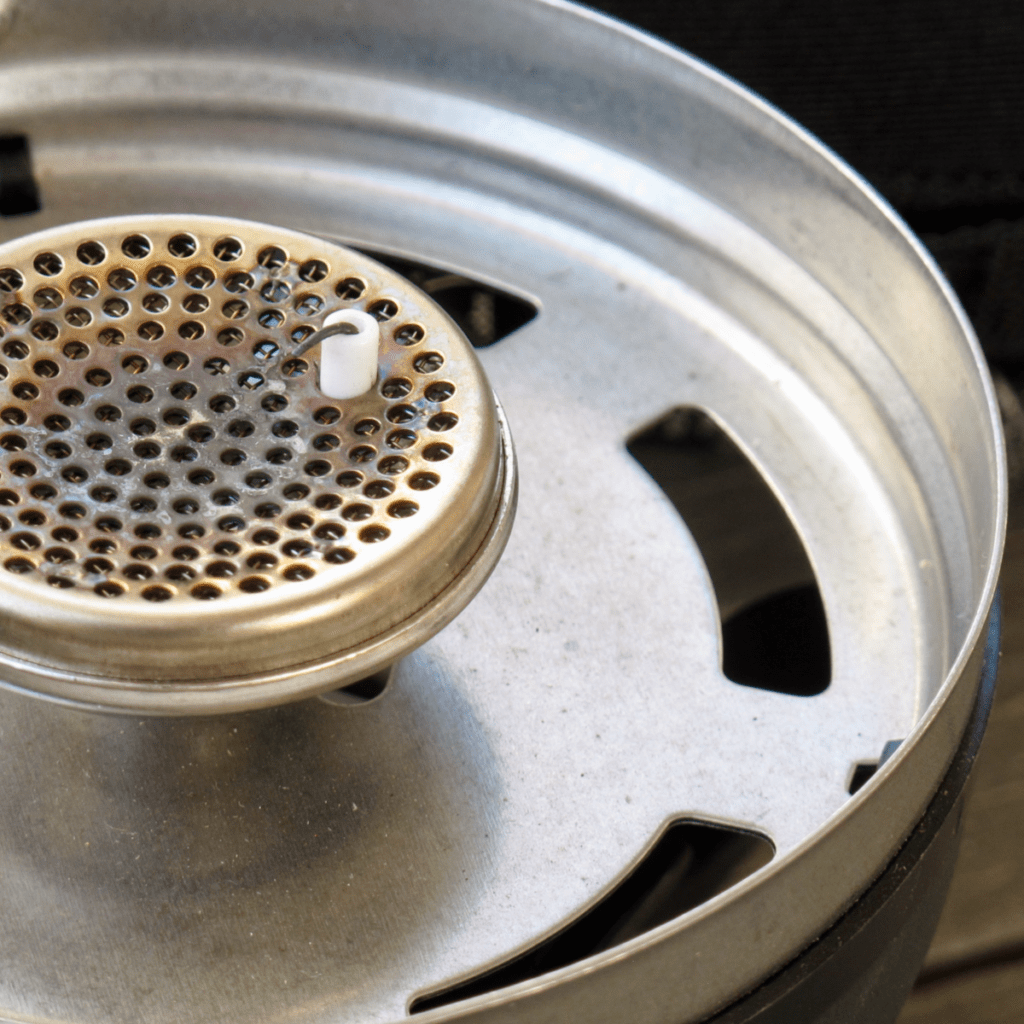 The final drawback with the Jetboil flash is cost. New units run around $110. If you have the spare cash for it (or spend a ton of time outdoors), the Jetboil Flash is a ridiculously good stove. It isn’t without fault; it’s Achilles’ Heel is its propriety, waste-producing, factory-filled fuel canisters. However, it is efficient, fast, user-friendly, and completely self-contained. This thing was the standby of my first foray into van life, and made cooking very easy. 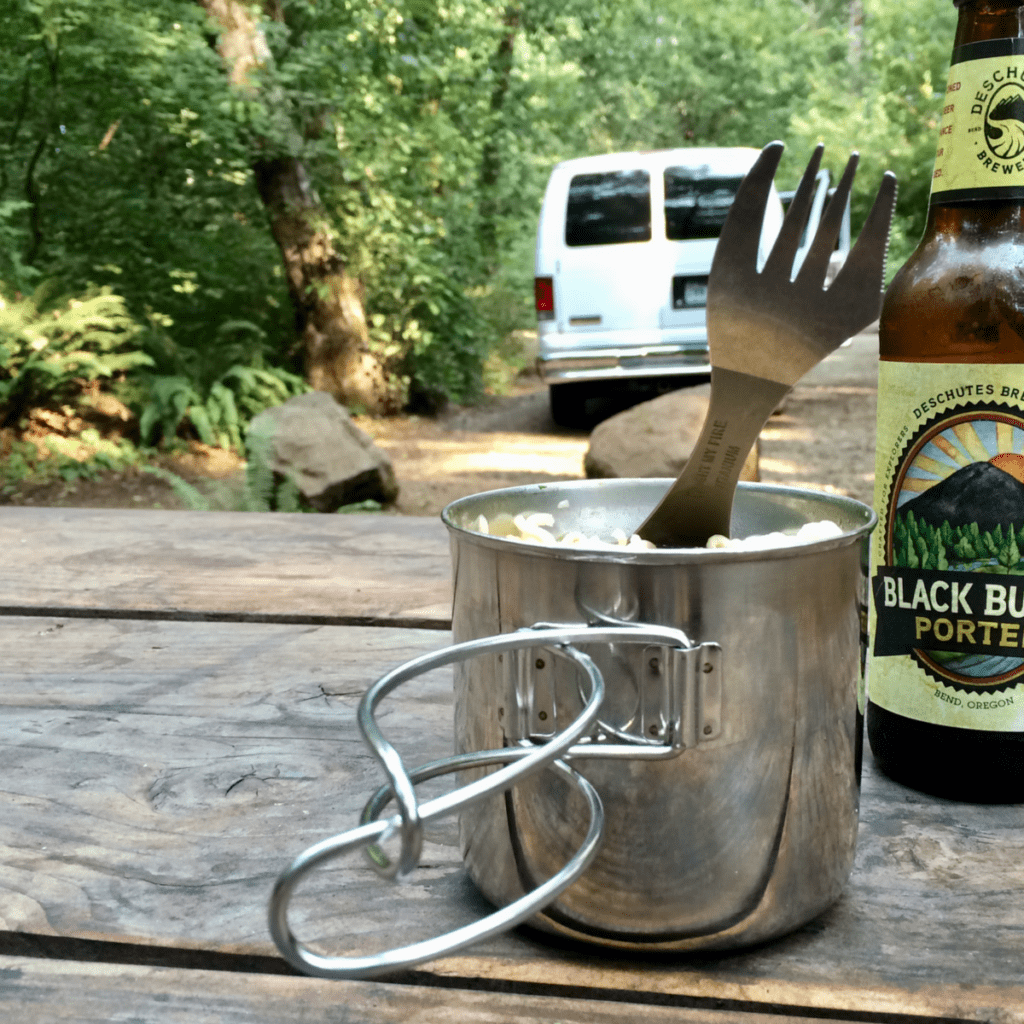 The Jetboil Flash is one of the top-performers all-around is well-respected among those who spend a large amount of time outdoors. If you can afford one, and maybe a dozen large fuel cartridges, you will be pretty well prepared, and you certainly won’t be disappointed. I would recommend keeping a backup stove handy, though – I don’t like putting all my eggs in one basket. I’ll talk about some worthy backups and (more affordable) alternatives to the JetBoil in upcoming posts.