I wasn’t really looking for better trauma shears when I stumbled upon XShears trauma scissors. I was mostly OK with the cheap, disposable trauma scissors I get for free at work. A friend gave me a pair or XShears as a gift and I realized XShears are the best trauma scissors. This article is mostly for my EMT/Paramedic crowd, but if you need a pair of bomb-proof scissors, read on!

Full Disclosure: I have no interest in the sale of XShears. The pair shown here was given to me as a gift by a co-worker. This page does contain affiliate links to Amazon.com, but this review was not in any way coordinated with XShears.

Trauma scissors are sort of a hallmark piece of paraphernalia for a paramedic or EMT. I have carried a pair in my cargo pocket since the day I got hired, and they’ve come in handy. Honestly I use them more for cutting hospital bracelets and removing the end-tidal tube from end-tidal cannulas than I do getting folks “trauma naked,” but they are very convenient. Since that time I pretty much assumed there were only two options: cheap, aluminum/plastic disposable scissors, and Leatherman Raptors. 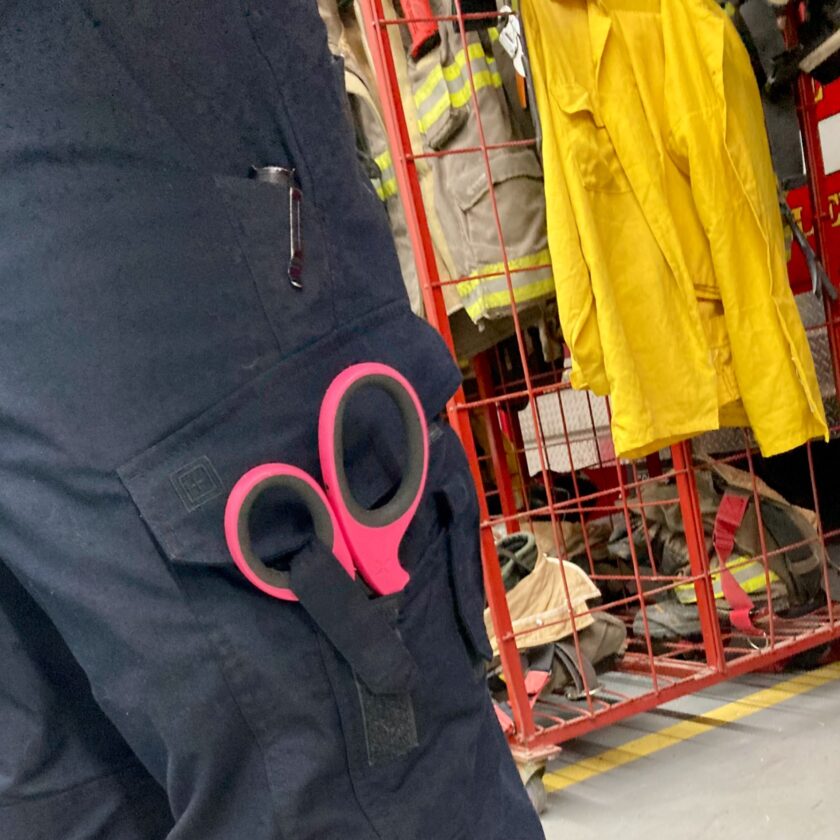 I don’t want to turn this into a comparison with the Leatherman Raptors, but I do want to point out the reasons I don’t like them. The Raptor is a foldable pair of scissors with a much of other tools built in. You know, like a Leatherman. There is nothing wrong with them if you like the, but they aren’t for me. They are too bulky, heavy, and busy for my taste. And expensive – a set of Raptors costs about $90, over twice the price of XShears. 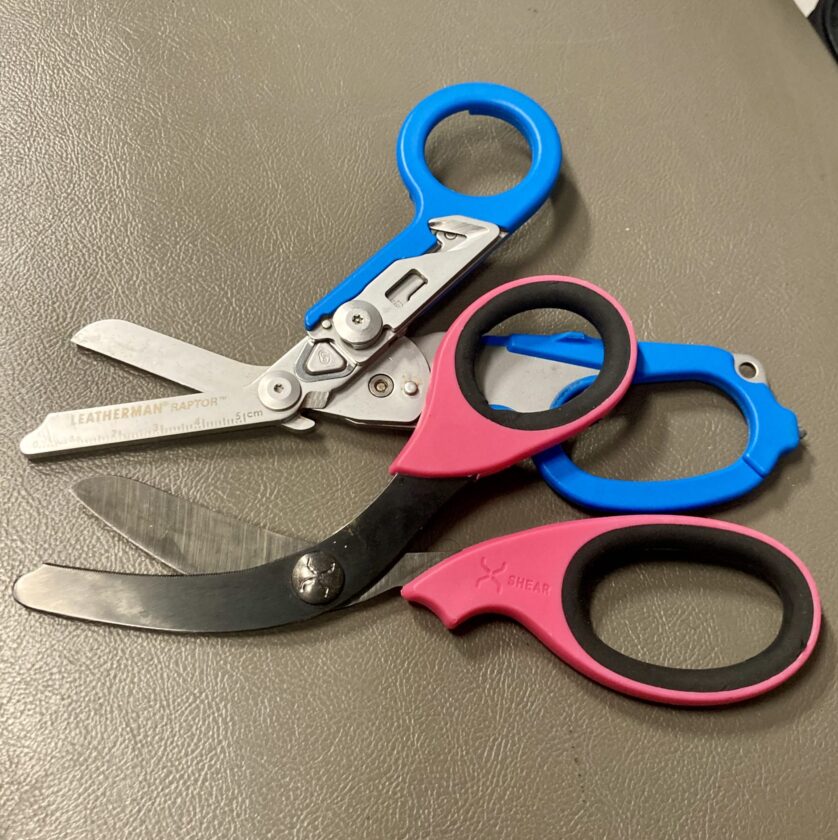 I learned about XShears when a good friend gave me a pair for my birthday this year. The pair of scissors was a total surprise gift and a great one! He gave me pink scissors because, “you’re very serious” and he thought pink might lighten me up a little bit.

So why are these the best trauma scissors? In contrast to the Raptors, they’re just scissors – not a pair of scissors shoe-horned in with a bunch of other tools They cut extremely well, especially in comparison to the cheap, aluminum scissors. This is partially due to the heavy, steel blades – they are robust and no-nonsense. The blades are made of thick stainless steel with a titanium coating. The bottom blade is serrated and has a rounded, blunt tip so you don’t poke your patient. 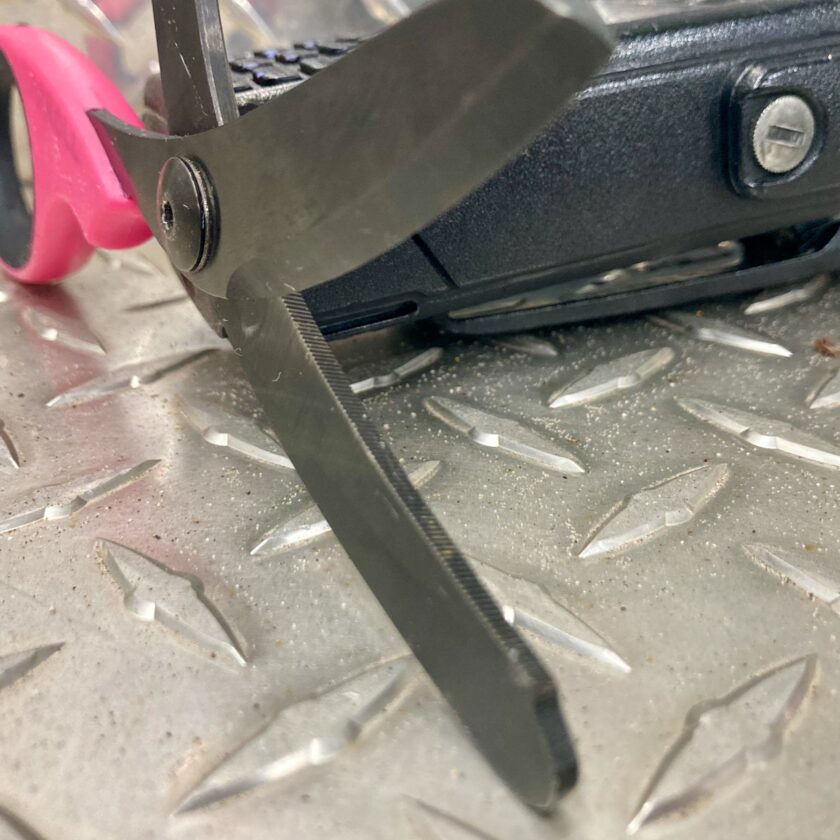 Good, fast cutting is also possible due to the bolt. The bolt holding the blades together is extremely strong. There is no side-to-side flex of the blades like there is with many scissors, and they are in tight alignment.  The pivot is a little tight but I’ve found that a drop of oil every so often goes a long way. 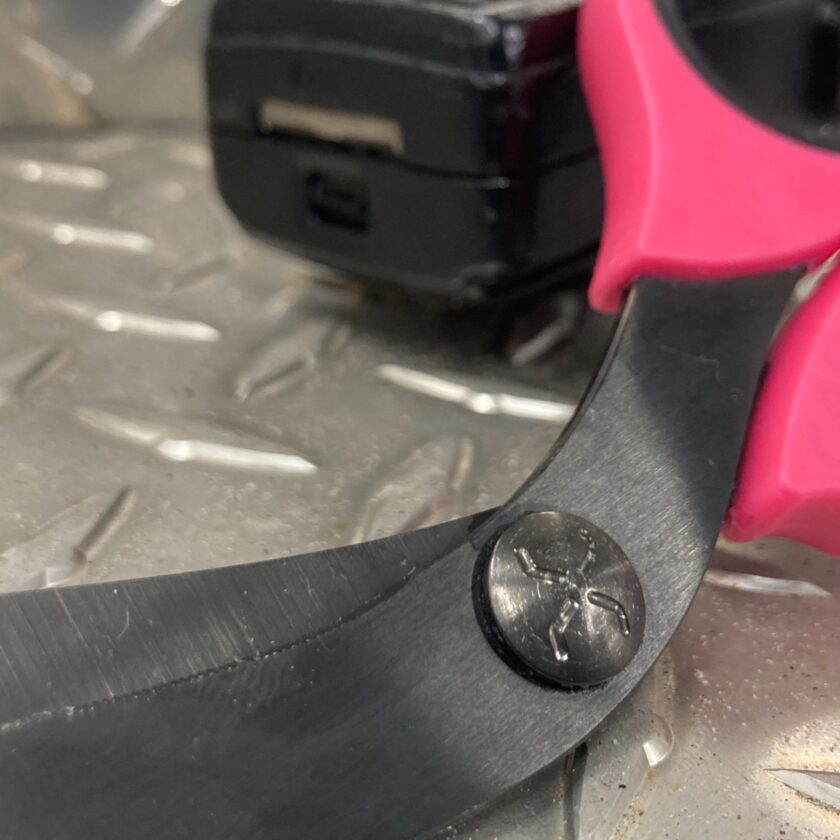 The handles are also comfortable. They are hard plastic with rubber around the inside. The rubber inserts offer a comfortable, non-slip grip. There aren’t just available in pink – you can also get XShears in black, red, orange, coyote, and blue. 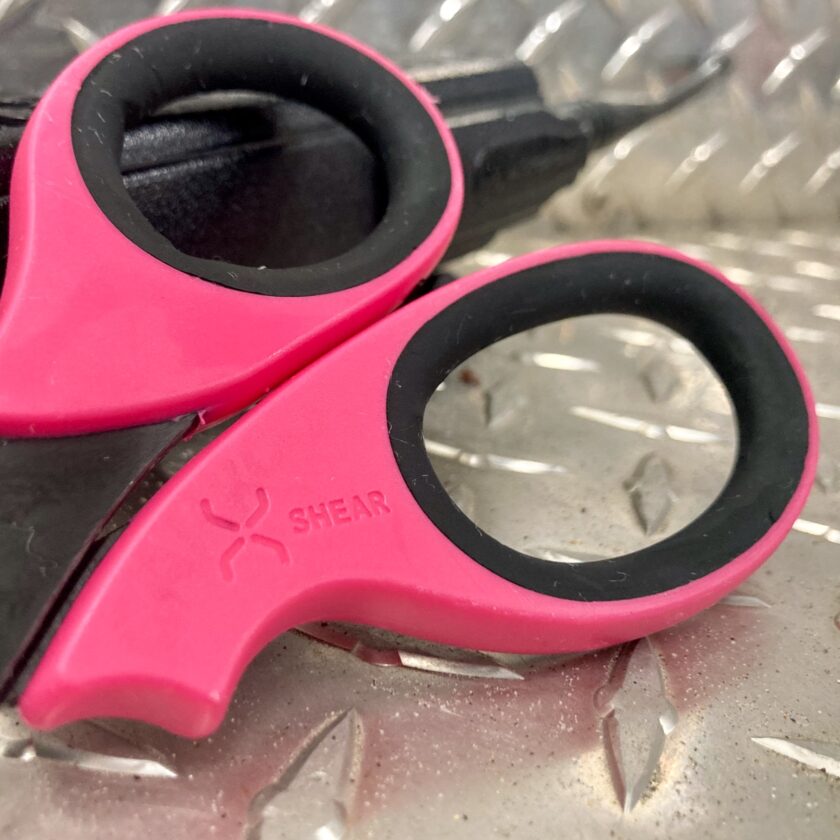 I’ve had these shears for about six months now. I’ve carried them on every single shift since I got them, and I’ve used them for something on almost all of those shifts. My XShears have cut everything from sweatpants to motorcycle leathers and nothing has slowed them down. I really, really like these scissors and really believe they are the best option out there for me. First, they carry in the cargo pocket like scissors. Even though belt pouches are available, I don’t have to use one and have a bulky tool on my belt. 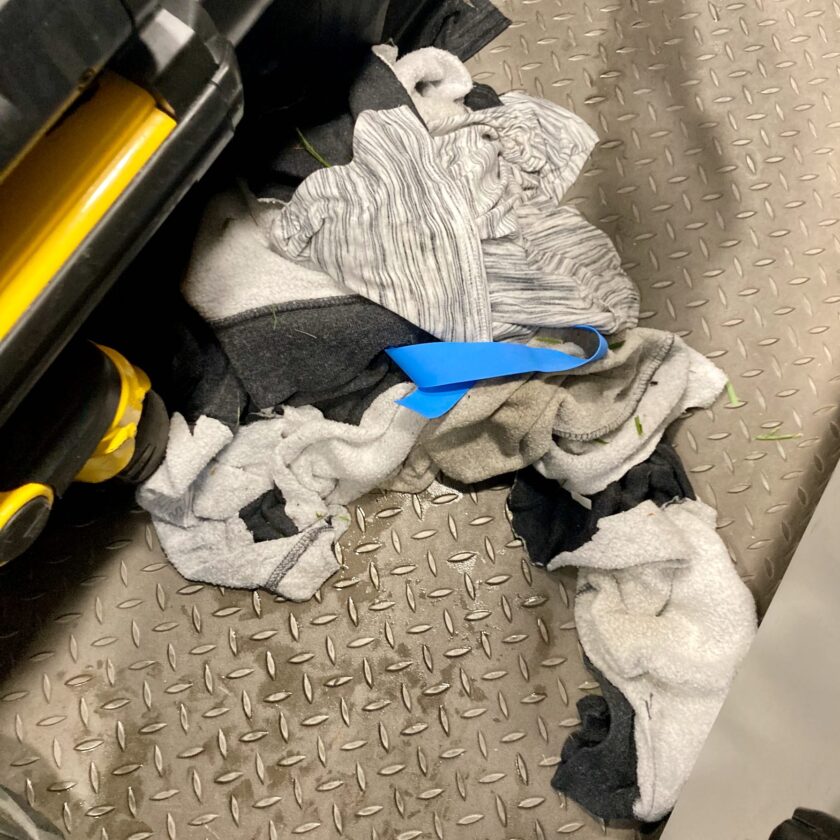 Second, they cut like nobody’s business. On my last trauma call I started at the patient’s legs and my partner started with his arms. I was using my XShears and he was using disposable aluminum scissors. I had the pants off and was cutting the torso of the shirt before my partner got through arms of the long-sleeved shirt.

There is one major improvement that I feel could be made to the X-Shears: the addition of an oxygen wrench. I don’t want to turn this tool into a set of Raptors. However, this one, small addition would be huge without adding any weight or bulk to the X-Shears. In fact, it would make them lighter, though only minutely. Most importantly it wouldn’t alter the underlying form factor at all or add a moving part.

Adding an oxygen wrench would involve cutting a small, oblong hole in one of the blades. This wouldn’t substantially weaken the X-Shears, but it would give them a huge advantage. The user wouldn’t have to also carry an oxygen wrench. In fact, I usually don’t carry an oxygen wrench because it is a single-purpose. Also, I don’t have a great, repeatable place to put one. This has made my life a little less convenient a couple times. I get away with because we usually have an O2 wrench tied to ever regulator.

Cutting a small hole in the blade is a reduction in weight but a massive improvement in utility. This is the only change I would make to this tool, but one that I really feel should be considered.

I am impressed to death with XShears trauma scissors. They cut extremely well, and they carry extremely well. I think one minor upgrade (adding an O2) wrench would make them massively more useful, but even without this addition I’m only too happy to carry them. In fact, I’ve even given a pair as a gift to another friend who passed her Advanced EMT test. If you’re an EMT, medic, nurse, or just need a pair of bomb-proof, cut-anything scissors, check them out. 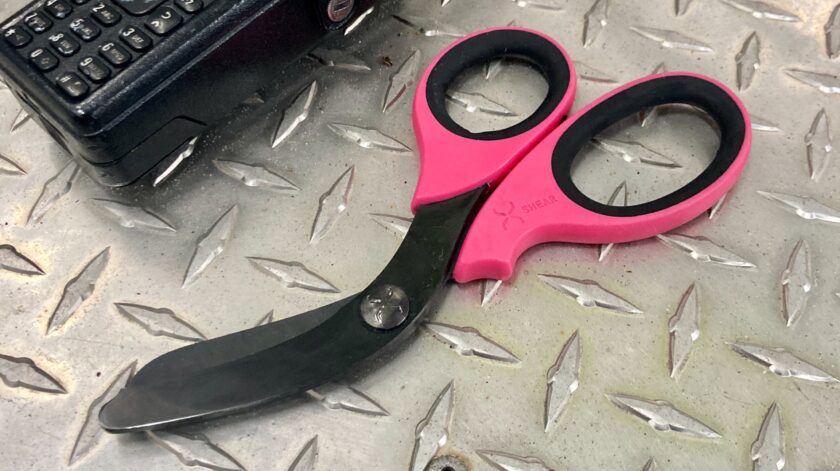