Another month, another flashlight. Today’s light is the EAGTAC D25A Mark II Clicky (I’m told “EAGTAC” is short for “Eagle Tactical”). I’ll tell you right up front, this is not the light for me. That said, it has some real cool features and might be the light for you. I really wanted to make this light work because for every feature it’s missing, something else about it is really cool.

This post contains affiliate links. I paid for the light in this review out of pocket.

And now the Table o’ Features of the EAGTAC D25A Mark II Clicky.

The “clicky” in the D25A’s moniker means it has a tail switch. Mostly I like it, but I have some problems with it, too. Let’s get into it.

Tail Switch: The switch itself isn’t terrible, but it is kind of on the small side. I was able to make it work but if your hands are larger than mine you might have some trouble. Even I have a little trouble if I don’t get it with the tip of my thumb. That said, the switch is very well protected. It sits inside a protected ring rather than the more typical “ears”. It also seems durable, and the “click” is distinct and about the right tension. Overall, not bad. 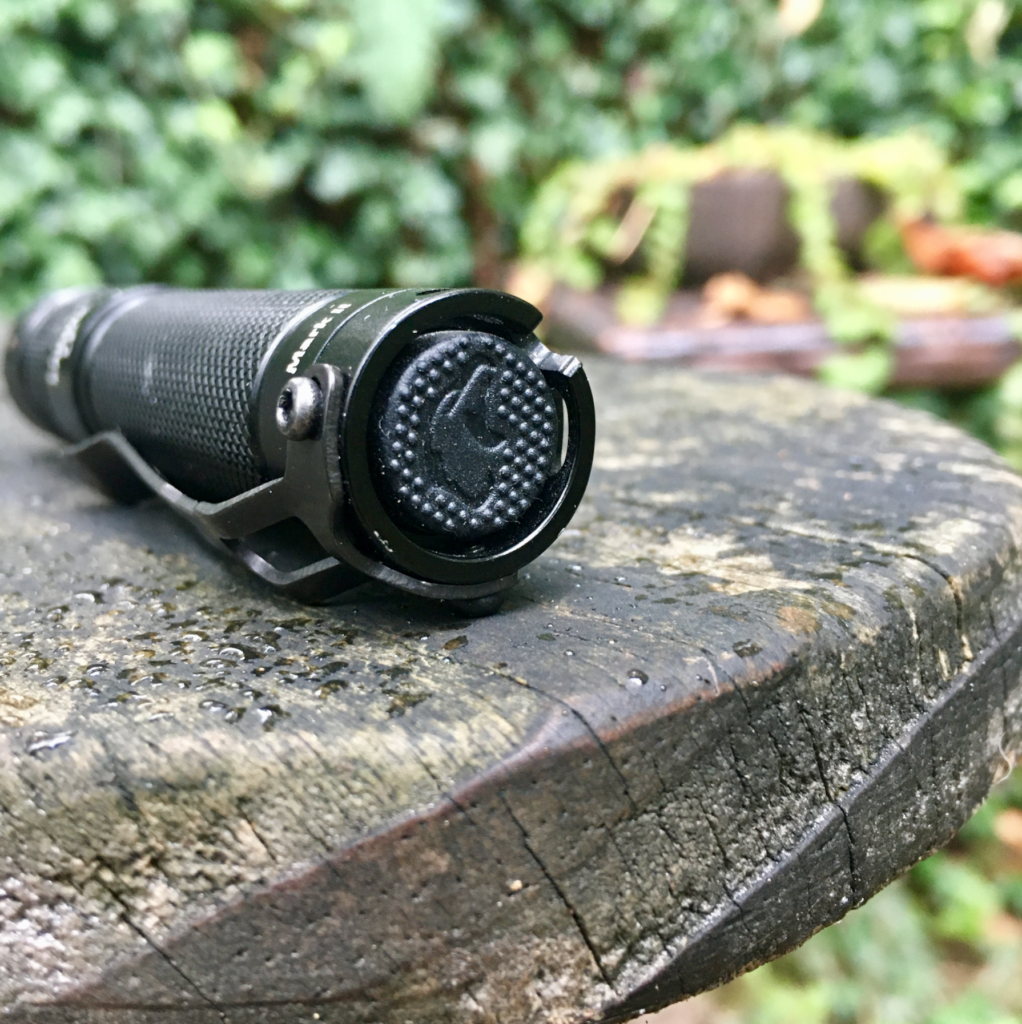 Instant Access to HIGH: Yes, see the section on Mode Switching later in the article. In “Group 2” the user has instant access to HIGH, and the only other mode that can be accessed is strobe. I don’t really like strobe but if I had to accidentally end up in a mode when using a light for self-defense, I guess strobe would be better than ending up in the 2-lumen LOW.

Momentary ON: I knew this feature was important. I don’t think I was fully cognizant of why it was so important until I started working with a couple of lights that lacked a momentary ON function, including the EAGTAC D25A Mark II.

Here’s the deal: you have to fully depress the tail switch. Then you have to let off of it. Like, all the way off of it. This seems kind of silly, but it’s objectively slower, and a couple of times I though the light should be on and it wasn’t. If you haven’t worked extensively with a light with momentary ON, this may not be that big a deal for you.

Tail Stand: Yes, and really, really well. The almost-full ring around the tail switch provides a really solid platform for the light to tail stand. It did OK even on non-perfectly level surfaces. 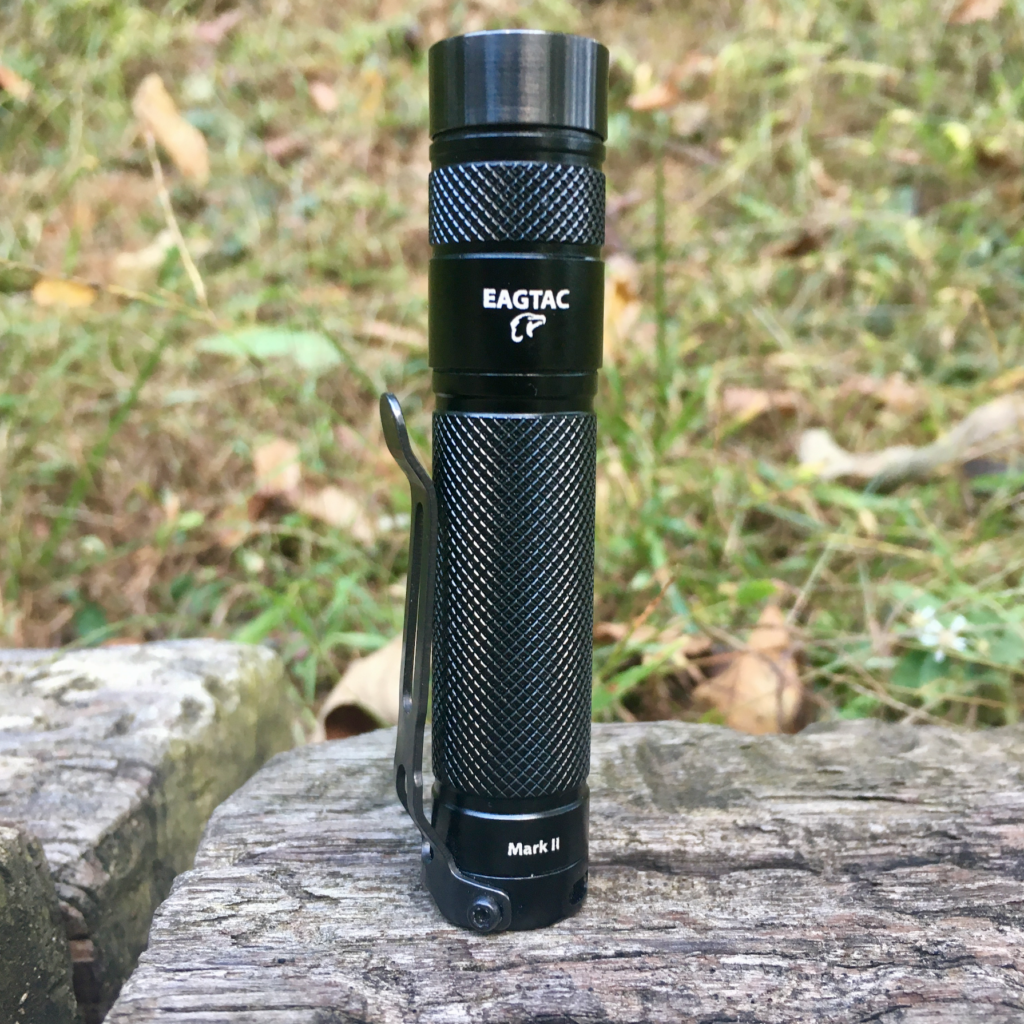 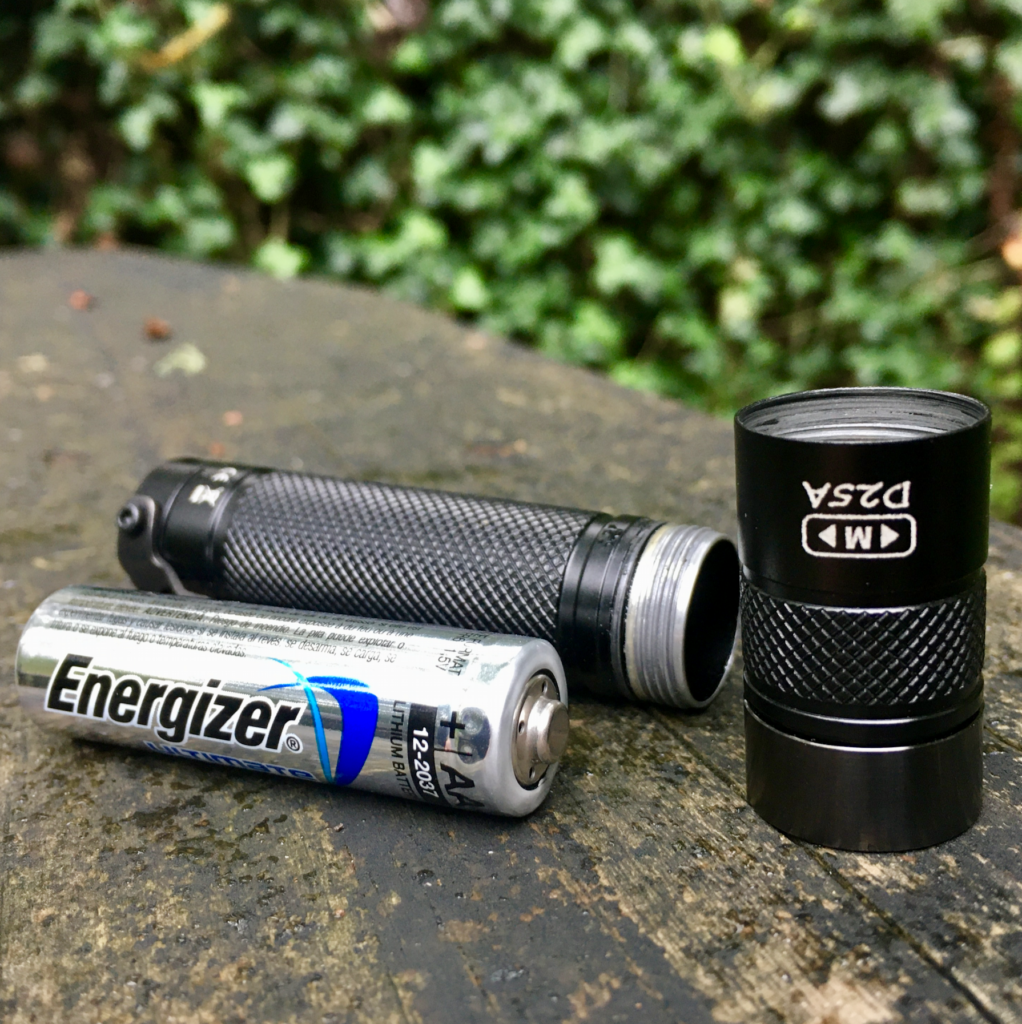 The modes for this light aren’t bad at all, even though they fall slightly outside of my very subjective criteria. EAGTAC advertises this light as a 405-lumen light. I wish I had a way to measure lumens because….this seems pretty optimistic to me. Granted, I’m only judging it with my calibrated, Mk1 eyeball, and these things can be hard to judge. However, 405 is a bold claim in a light this small. Since I can’t prove ’em wrong, I’ll stick with that.

The LOW setting is 16 lumens, which is a good low – enough to see your way through the bedroom without waking up your girlfriend. It’s not in my 20-30 range, but I can live with it. There’s also no true “firefly” mode, but there’s a setting that comes close at just 2 lumens. I think I could live with this one, too.

One thing I don’t really have a way to quantify: this light has a fairly wide beam. The beam of the Fenix LD12 that I reviewed last month was much tighter, and as a result had a longer throw. Also worth noting: this is a much cooler light than the Fenix LD12.

Mode Switching: This is the most novel method of mode switching I’ve run across yet. The light has two “groups” of modes, and we’re going to address them in reverse, starting with Group 2.

Group 2 gives you two settings: HIGH and strobe. This is what EAGTAC calls the “tactical” gruop, and these are the only settings you can access in this mode. So, how do you get to the other modes? Don’t worry, it took me a minute to figure this out, too.

You slightly loosen the head of the light to access Group 1. Group 1 contains all of the light’s settings: LOW, MEDIUM, HIGH, Strobe, SOS, Beacon, and “Low-Flash”. I kind of wish there weren’t so many blinking settings to toggle through (four of them!), but overall this isn’t a terrible system. To get back to Group 2, simply tighten the head. 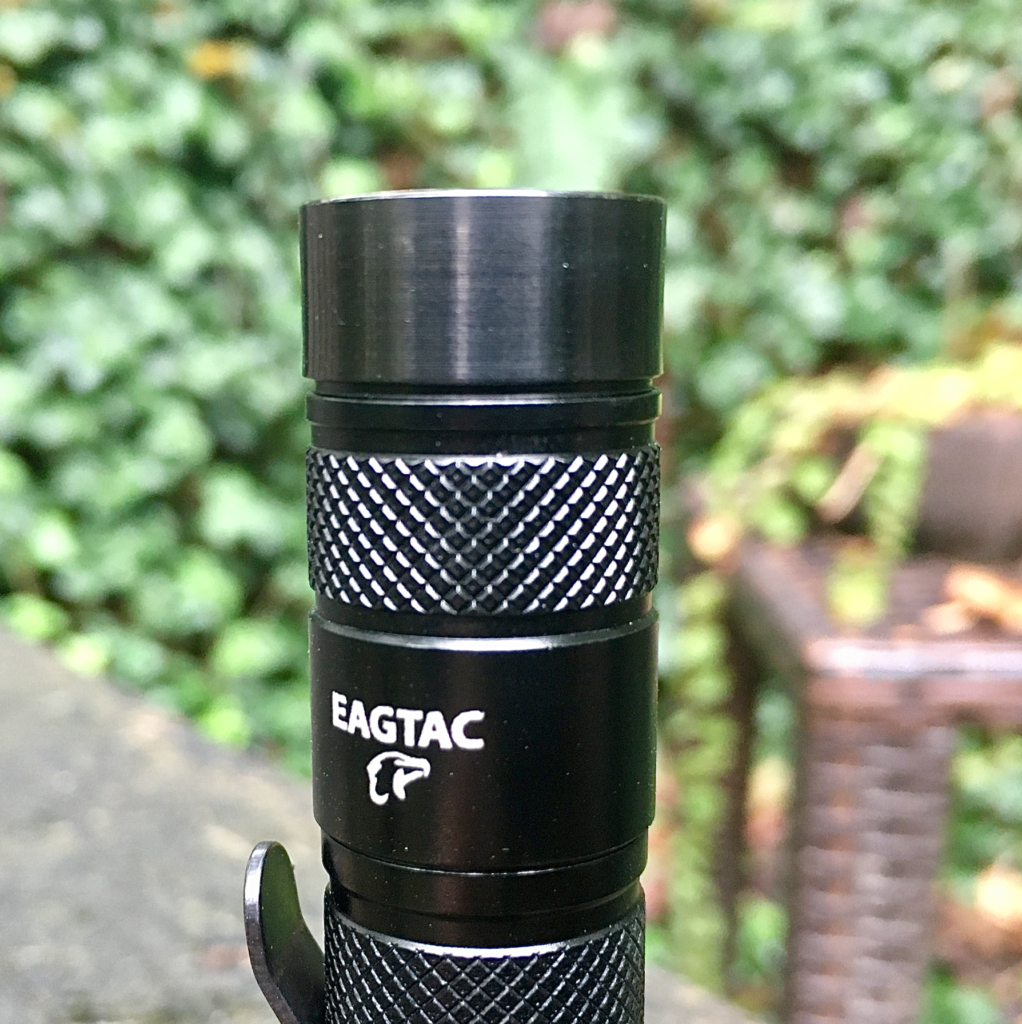 What does all this mean? Basically this: you can carry the light with the head fully tightened. If you have to turn it on in a hurry you can access HIGH or STROBE only. If you need it for common, non-emergency tasks, you probably have a bit more time and can loose the head a tiny bit, and access Group I and all the other modes. Just get in the habit of tightening the head before you slip it back in your pocket, and you have the best of both worlds.

Man, the form factor of this light is awesome. Sure, it’s missing a reversible pocket clip and anti-roll flats, but who cares? This light is small – about as small as a AA light can get. Also – and this is maybe my favorite thing – there aren’t graduations in the diameter of the light. It’s basically just an elongated cylinder; I really like that and wish more light manufacturers would make lights like that. I think form factor is the biggest thing this light has going for it. 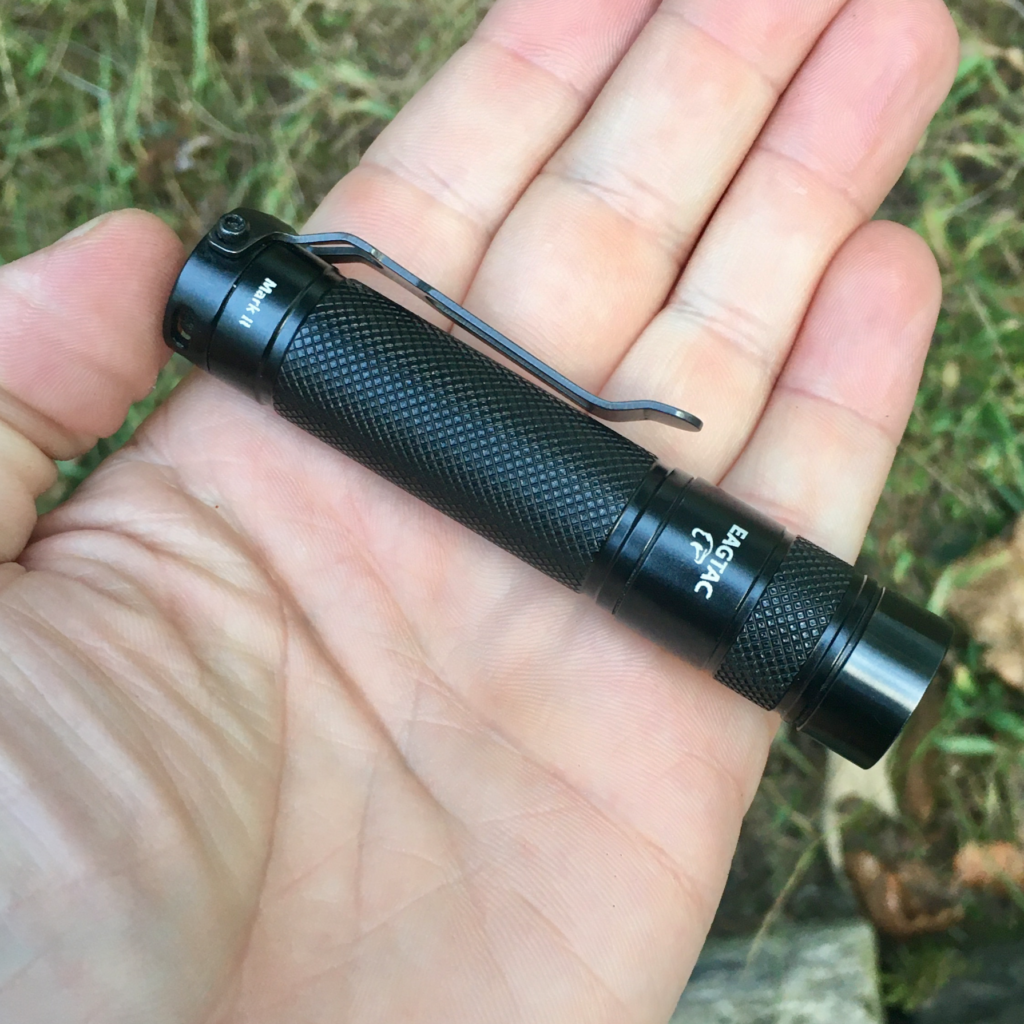 Size: The size is fantastic. At 3.4″ in length the EAGTAC D25A Mark II is almost an inch shorter than the ThruNite Archer. At 0.65″ in diameter, it’s also a tenth of an inch narrower. Below it is flanked by the Archer and my new favorite light, the Fenix LD12 (2017 Edition). This is definitely the smallest light I’ve reviewed so far. 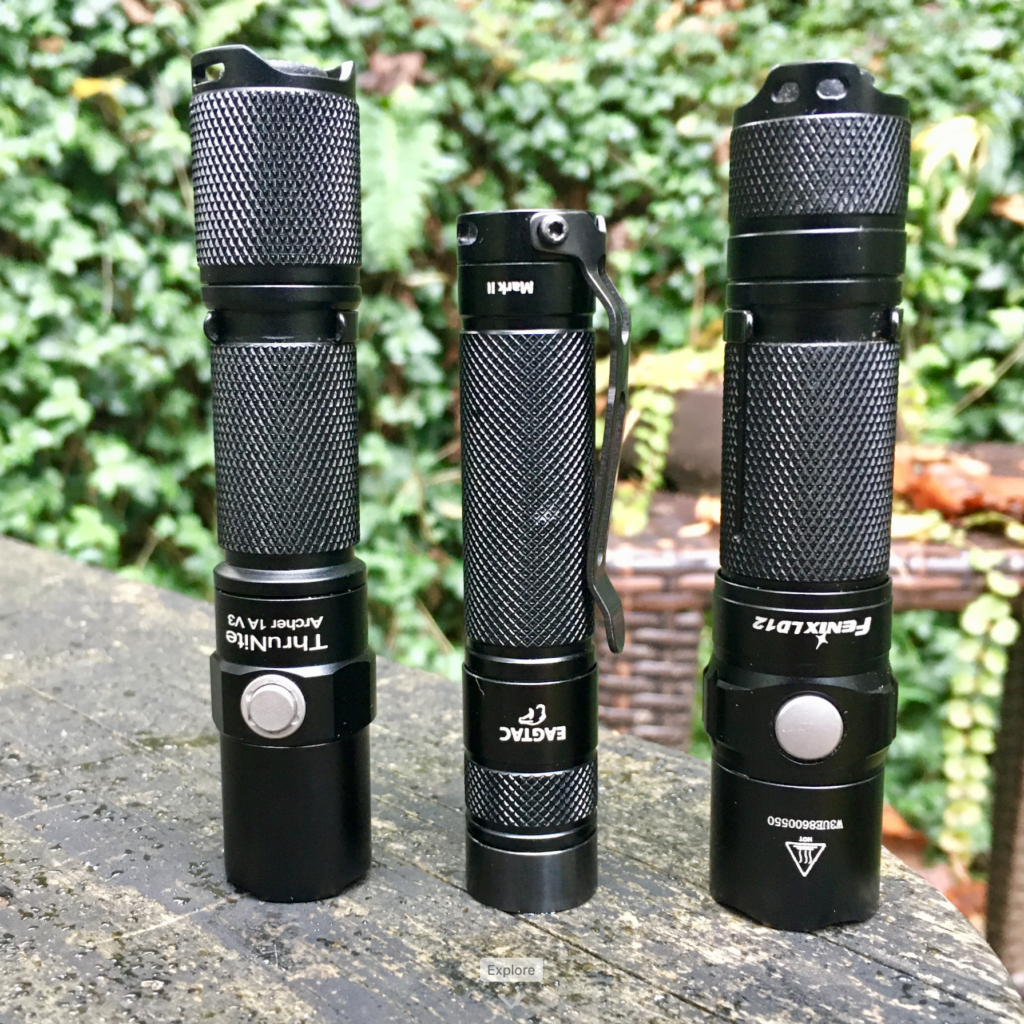 Weight: This is also the lightest light I’ve carried yet, and quite honestly – it’s awesome. If you’re looking for a small, lightweight light check out the D25A Mark II. This is truly a light that is easy to forget is there. 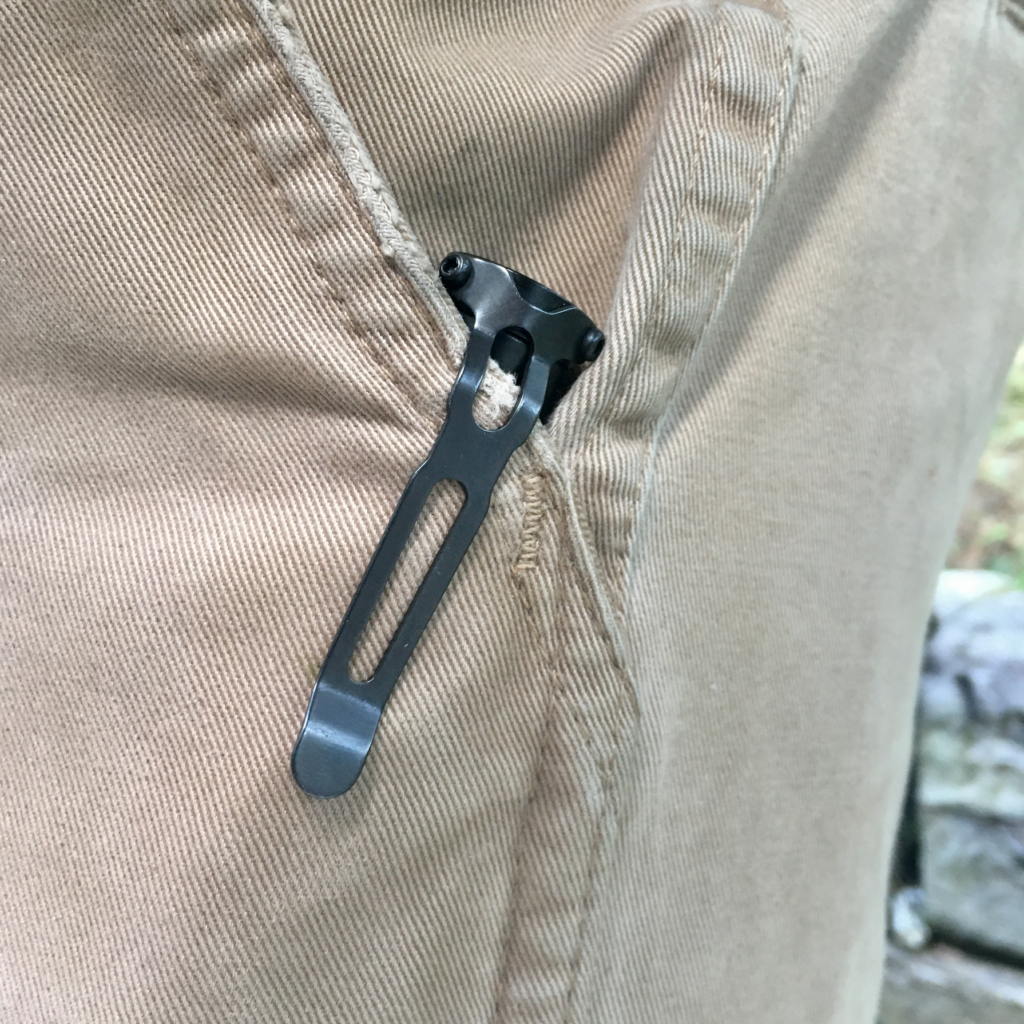 Pocket Clip: As with most of this light, there are things I like about the pocket clip, and things I dislike. First I really like the overall design, I also like how it’s screwed on (1/16th Allen wrench) rather than held on by tension. I also like the aesthetics of the skeletonized design. And I absolutely love how deeply it sits in the pocket. Now, the things I don’t like. 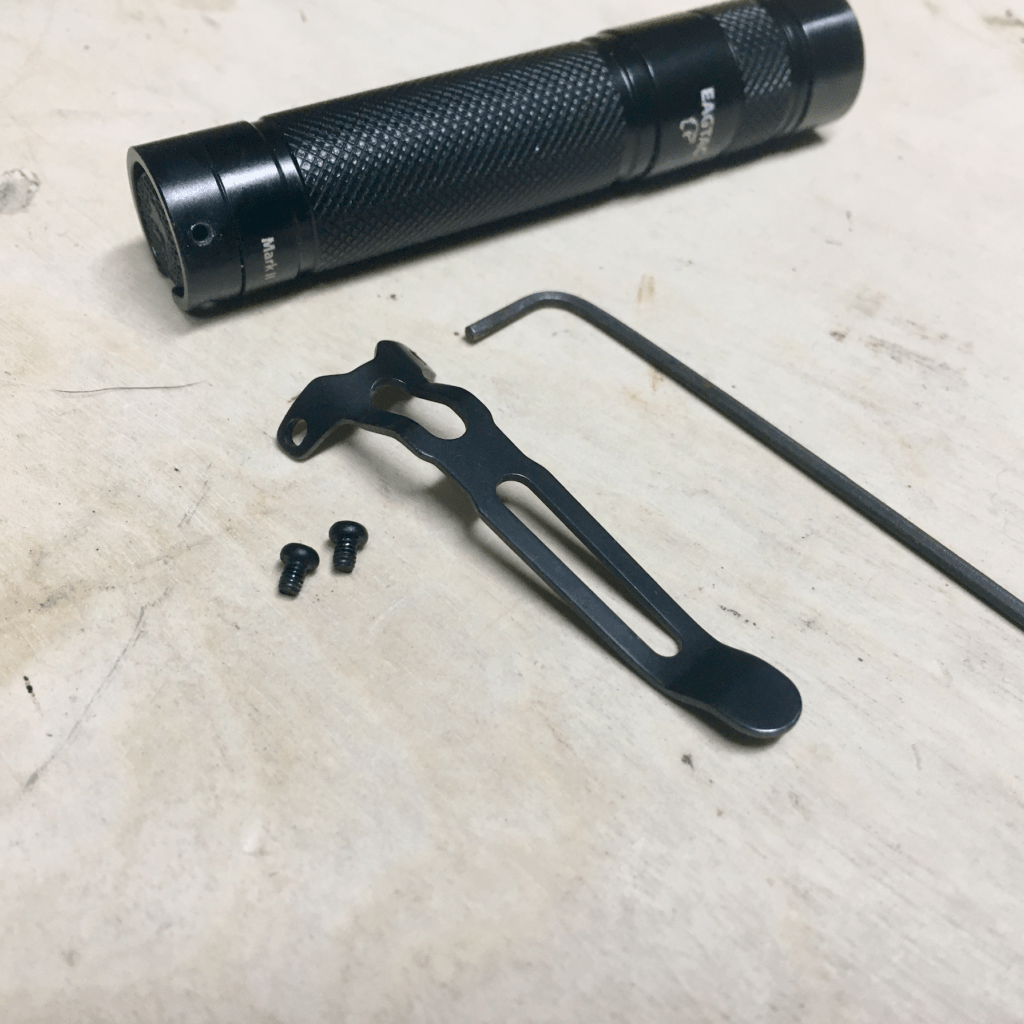 The bias on the tip of the pocket clip is a little much. It’s prone to getting caught on stuff. I got it caught on my seat belt and it bent the clip. Which leads me to the second dislike: the clip isn’t very springy. Which means it bends…it doesn’t automatically bend itself back. Fortunately I was able to take it off the light and bend it back, but…not ideal. 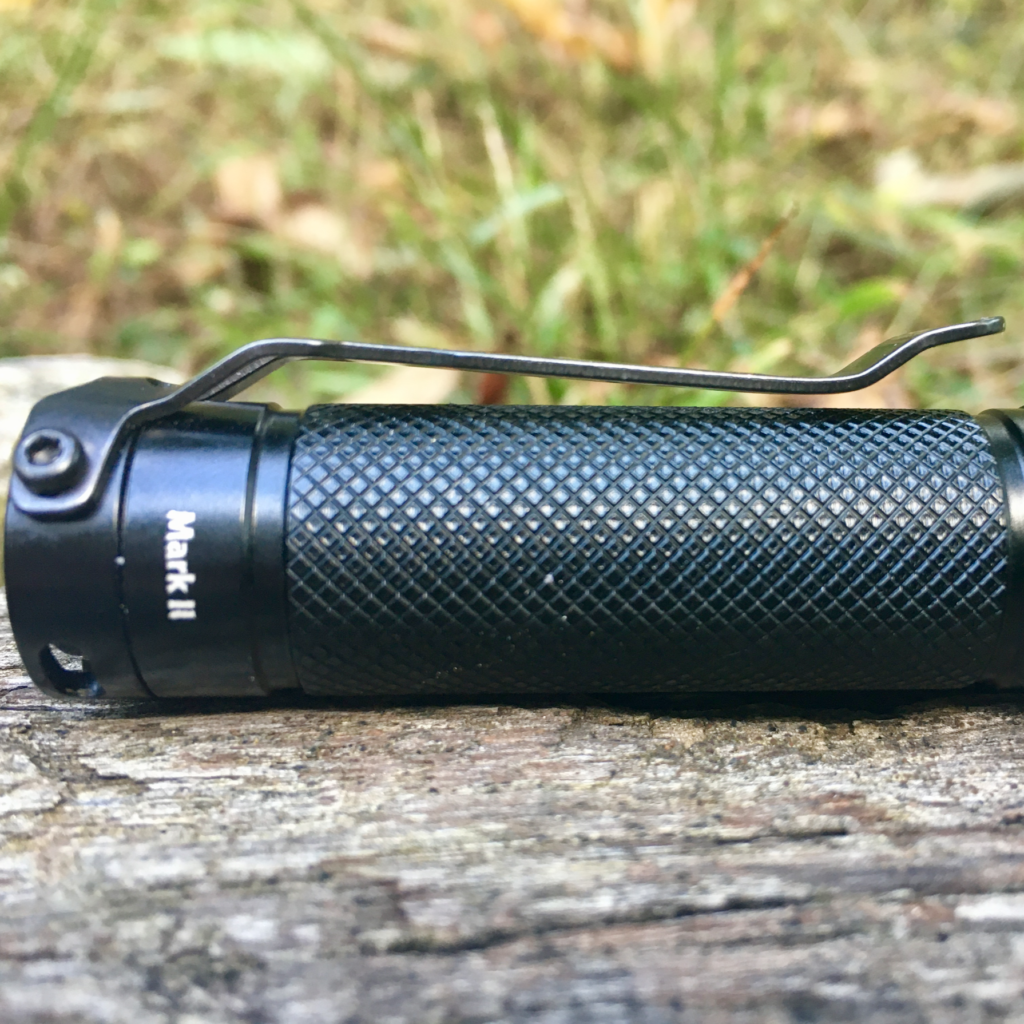 Reversible Pocket Clip: No. Bummer – with the very light weight of this light it would function insanely well as an improvised headlamp. If I were going to sacrifice a feature or two, this would be one of them, and if this were the only thing wrong with the D25A I could easily overlook it.

Knurling/Grip Texture: The knurling on the light is good. It’s not super deep, or super sharp, but it provides good traction on the light. Importantly – because this light’s modes are accessed by twisting the head – there’s also a ring of knurling on the bezel. This is an appreciated touch. 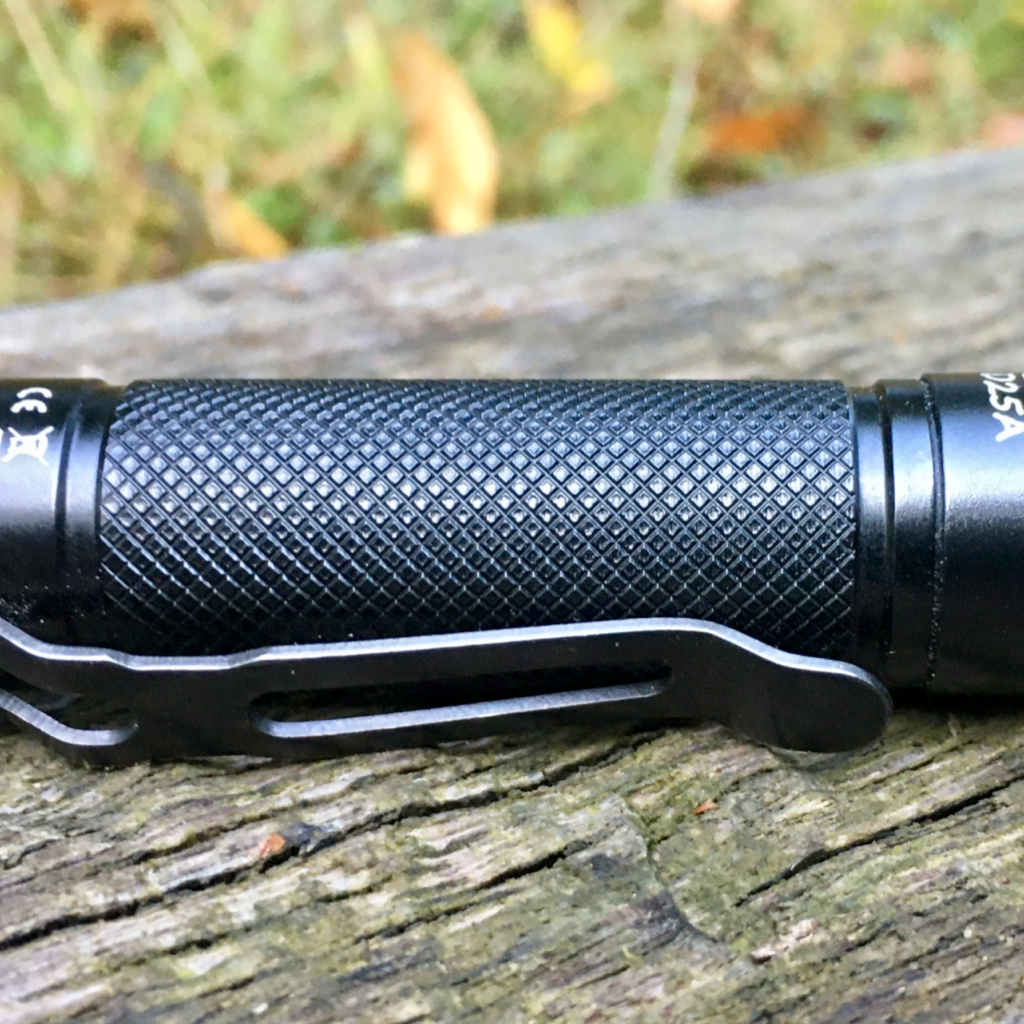 Anti-Roll Flats: Nope, and I can totally live without them on this light. The pocket clip can serve to prevent rolling, and flats would take away from the clean, cylindrical shape of the D25A Mark II.

I did my patented “five-minutes in water” test. Actually, it is always probably closer to six or seven minutes. I do this before my girlfriend gets up (c’mon – she doesn’t want to see me making a glass of flashlight juice). I usually drop the light in, take a couple pics, forget to set the timer, come back into the kitchen for something else, remember I’m doing this stupid test… 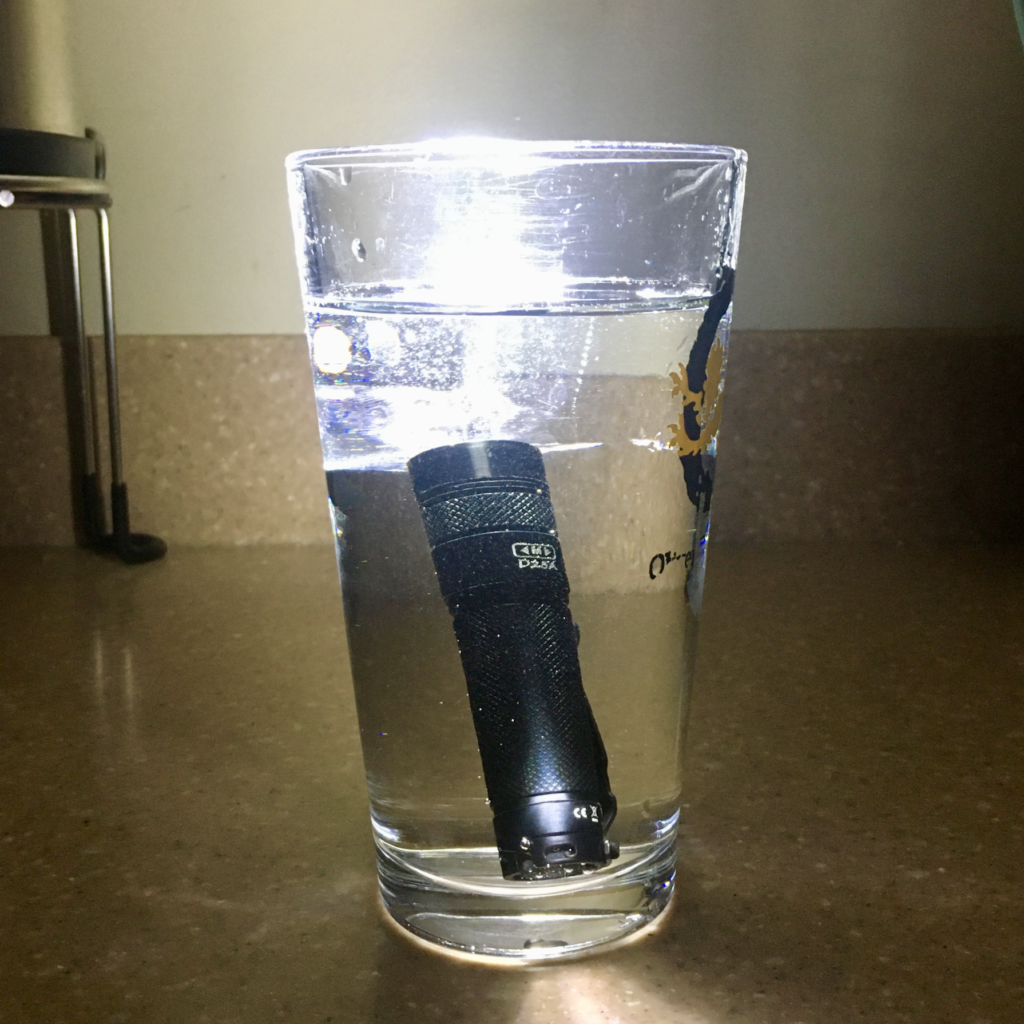 The point is, the light is submerged for at least five minutes, and in any case, the EAGTAC D25A Mark II survived this test. Sort of. Later the same day I was taking some photos and noticed the lens was fogged. I popped the lens off and sure enough…water had gotten in there. not much, but there was definitely a drop or two around the reflector and in the threads. 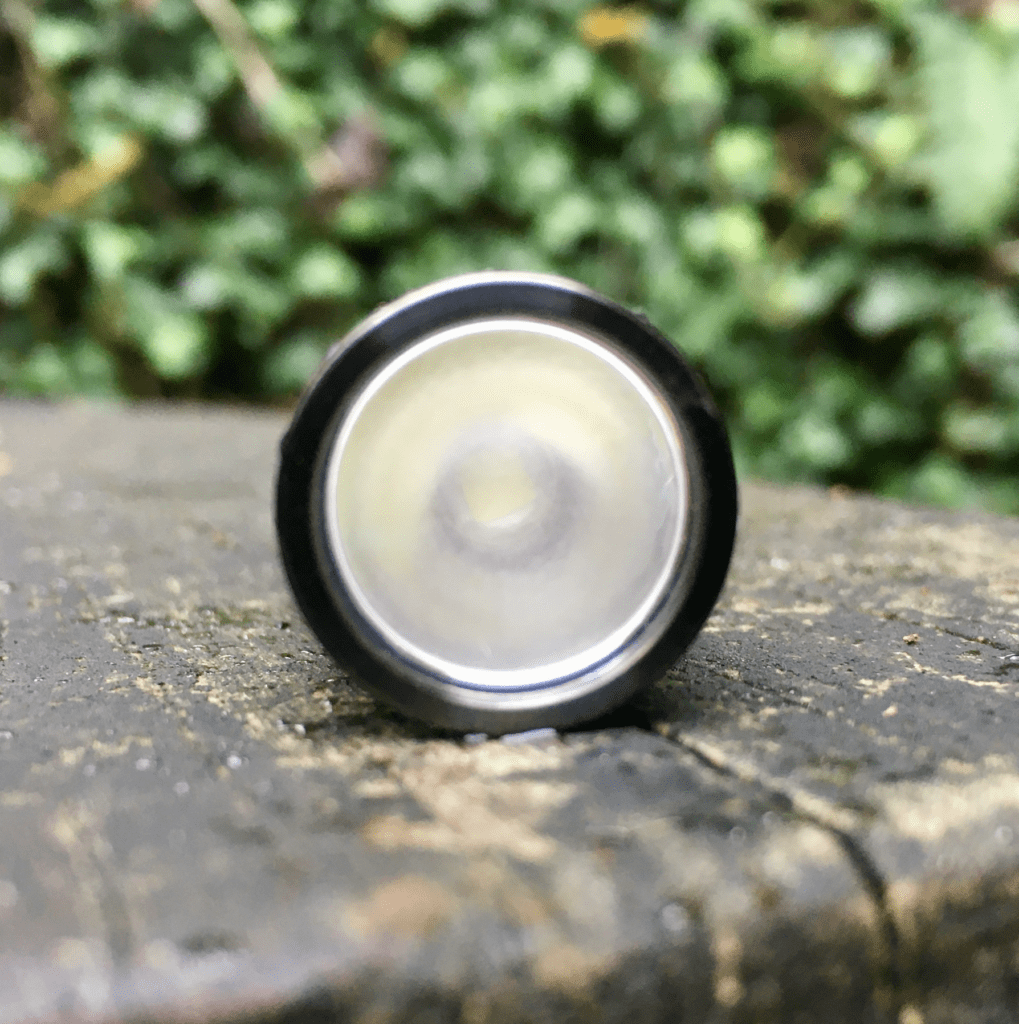 My gut instinct is to say, “I wouldn’t carry this light and you shouldn’t either!” But let’s be honest with each other: if you add up all the lights I’ve ever carried for the past dozen or so years, the most they have been submerged in water – altogether – is less than the five minutes I spend testing any single light here. The light didn’t stop working, so honestly – I don’t think this is a huge deal. It’s not ideal, but it’s not a huge deal. I know we all (myself included) like to buy stuff with visions of tromping, waist-deep in water, through the Okefenokee swamp, but is that how you’re really going to use your light?

Notably, I water-tested the light in mode Group 1, meaning the head was slightly loosened. I did this to prevent running it in HIGH or Strobe for five minutes, and maybe that slight loosening let the water in (I’m going to assume it did). If you are bushwhacking, waist-deep through the Okefenokee, keep in in Group 2 (head tightened) and you’ll probably be fine. Probably. The manual indicates this light is IPx8 rated and further clarifies that as “submerged up to 3 meters.” EAGTAC also claims this light is “impact resistant” to 1 meter.

Like I said, this light has some very cool features. It’s small and lightweight – very small and lightweight. The quality of the light is very good. It has a good range of modes carries deep, and looks good. However, the lack of a momentary on is the deal breaker for me. If you can live without it, the EAGTAC D25A Mark II Clicky is a very neat light and it might be worth your time to check out. 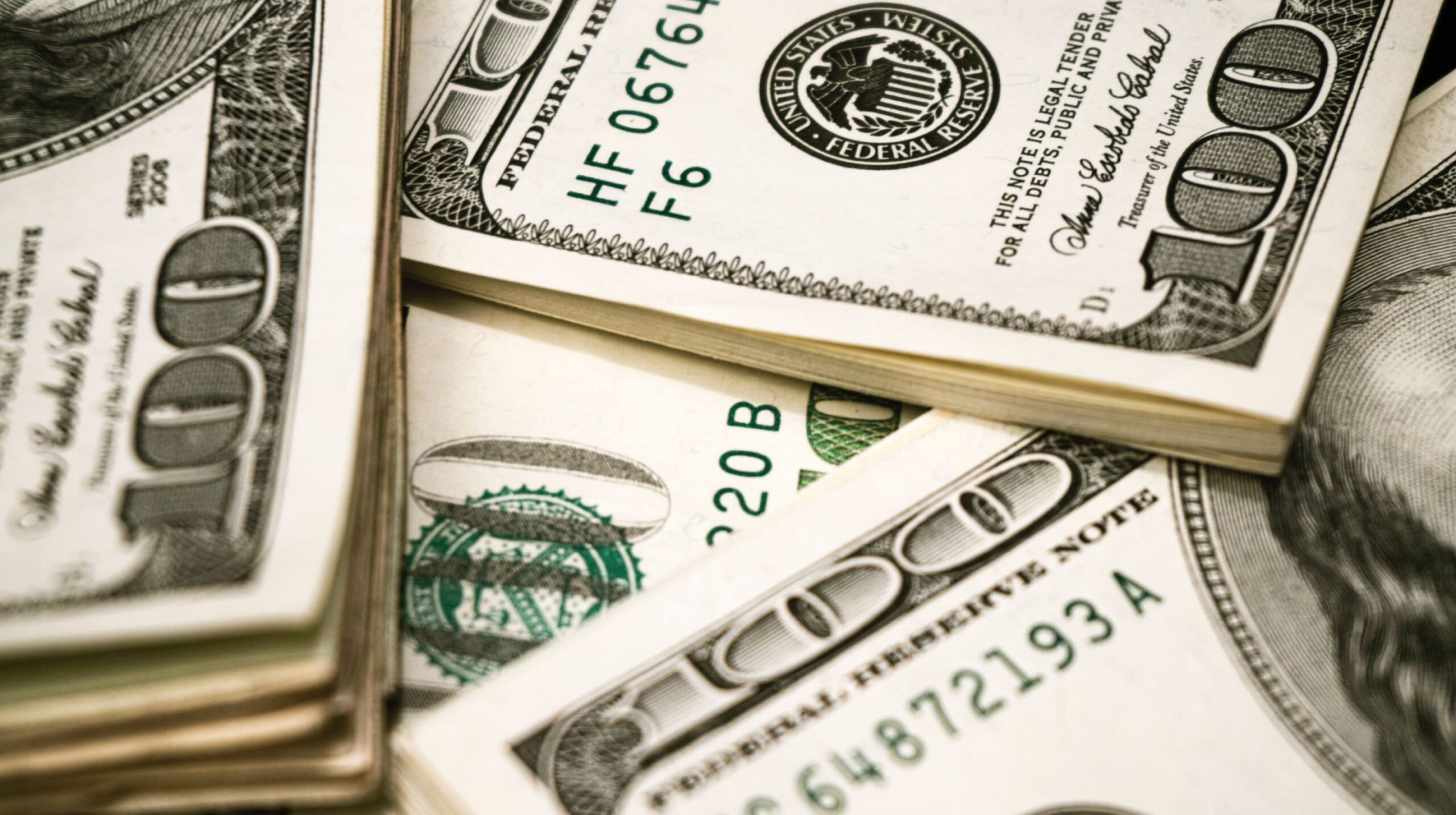 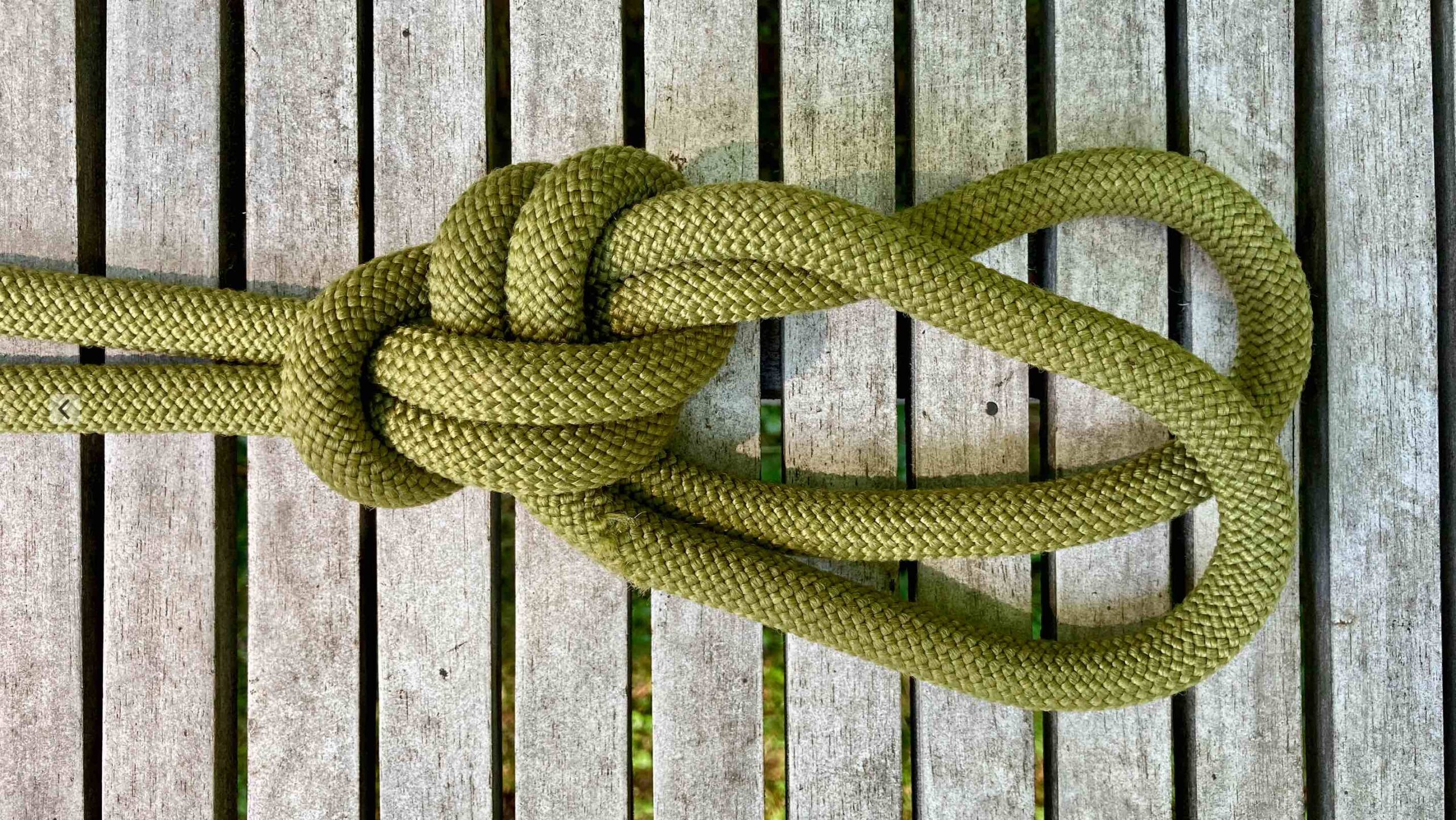 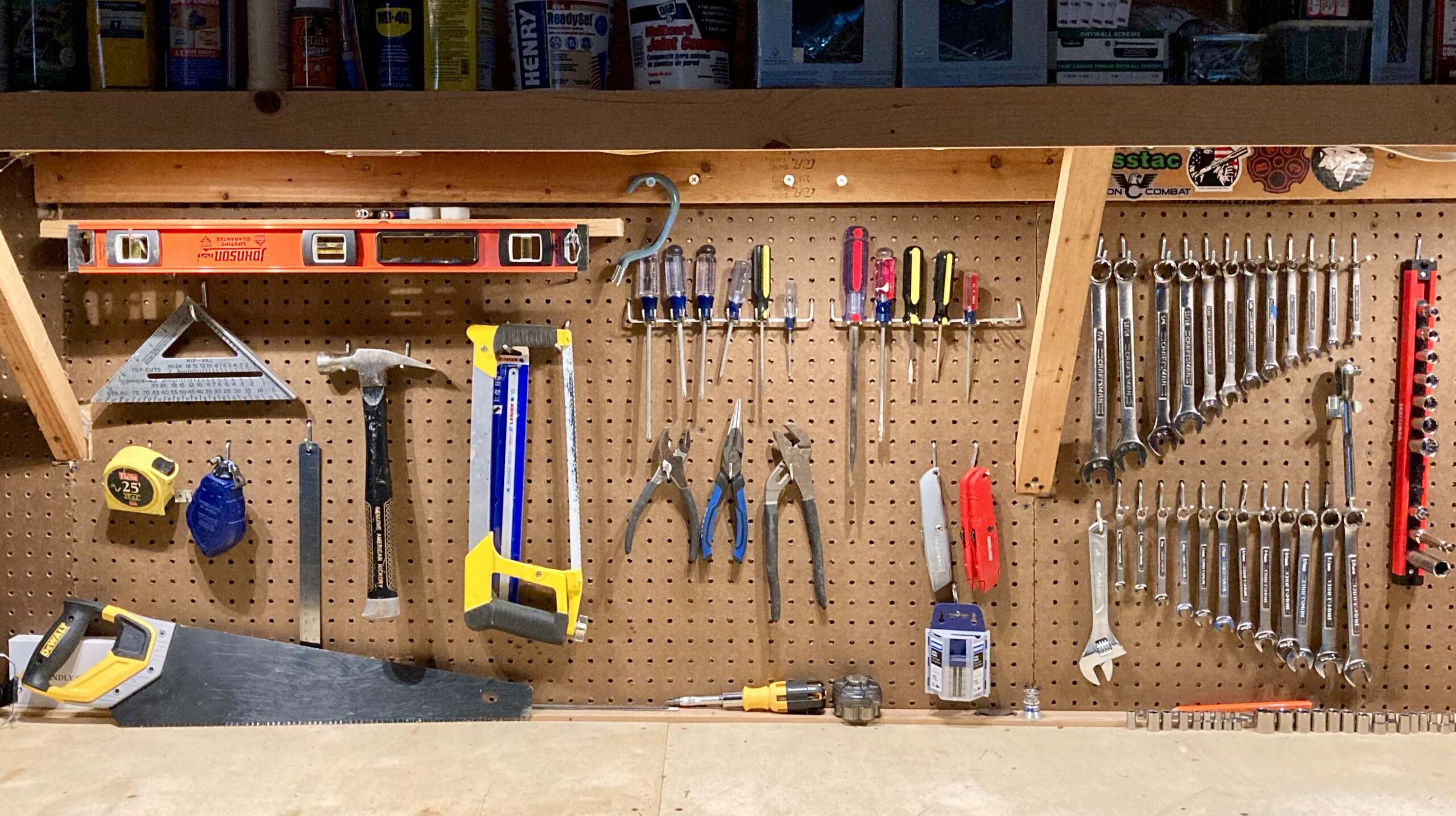