I recently had the opportunity to spend an extended weekend in Vancouver, BC. While there, I indulged my desire to run around the city and its seedier parts to look for interesting locks. “Lock Safari Vancouver” was a success – I found some very interesting stuff! This post will be divided into two parts. This first half will cover the more “pedestrian” Abloy, ASSA, and Medeco products. Part II will cover the more odd and interesting.

I found quite a few Abloy looks, but frustratingly none of them were door hardware. I found only switch locks and cam locks (on apartment call boxes and mailboxes, respectively) and padlocks. Most were Protec or Protec2. The newer Abloy 330 padlocks of varying shackle-length were seen almost everywhere. I was unable to closely observe the keyway on the large grey padlock in the center photo (below) but believe it to be an older (but still excellent) “Exec” model. 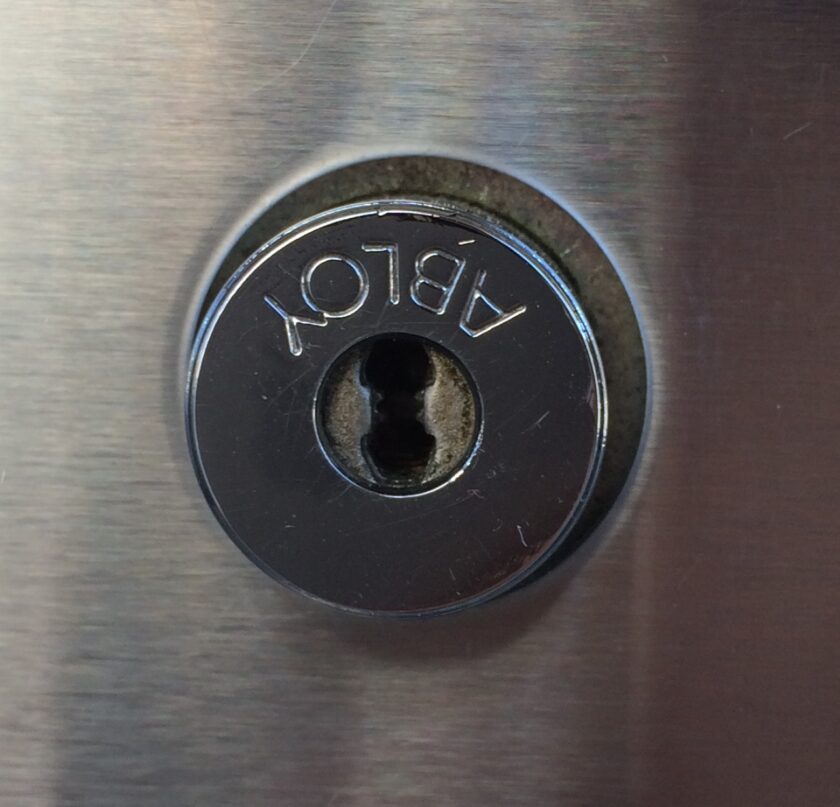 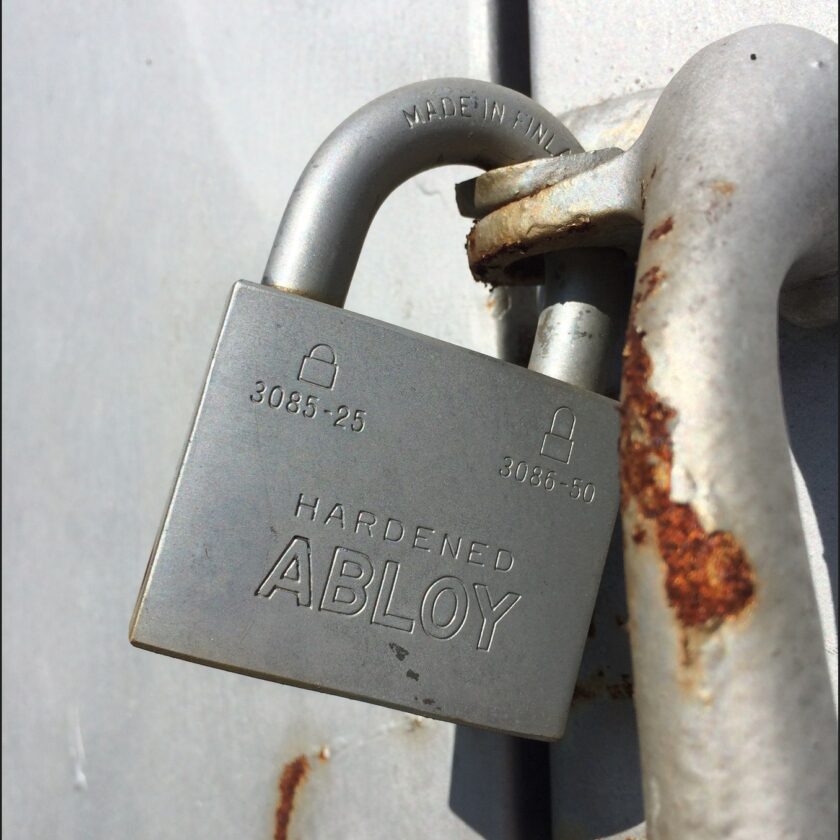 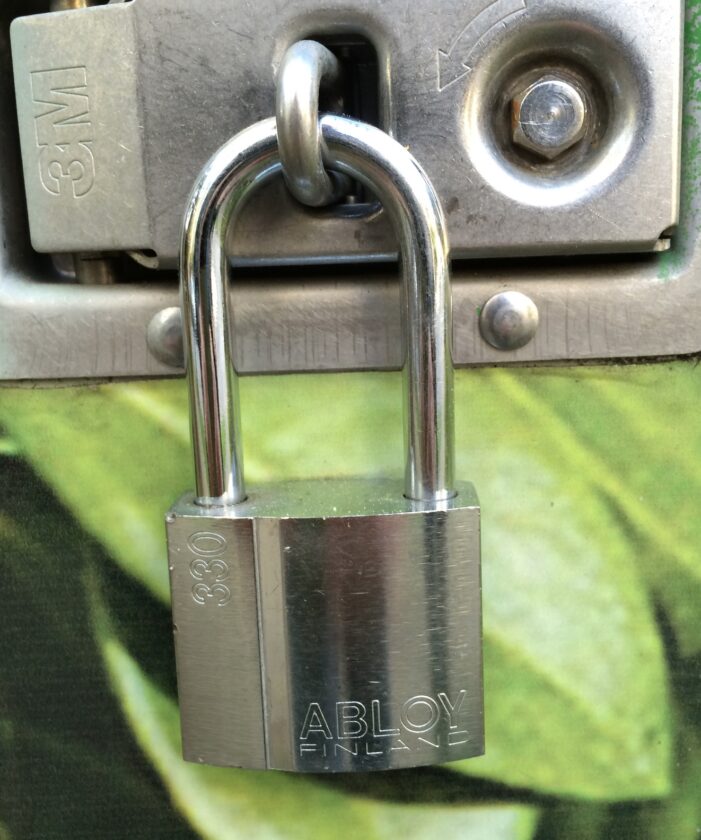 I was also quite pleased to find the ASSA Twin is fairly popular. This design is one of my favorite high-security mechanisms (just behind the Abloy). These presented on both residential and commercial applications. Locks in the deadbolt or mortise cylinder form-factors were most common. I also did not see any newer models like the V-10. Rather, most of these locks were in the 6000-series. Interestingly all the ones I was able to photograph did exhibit the “sneaky” key profile Han Fey talks about in page 9 of this document. 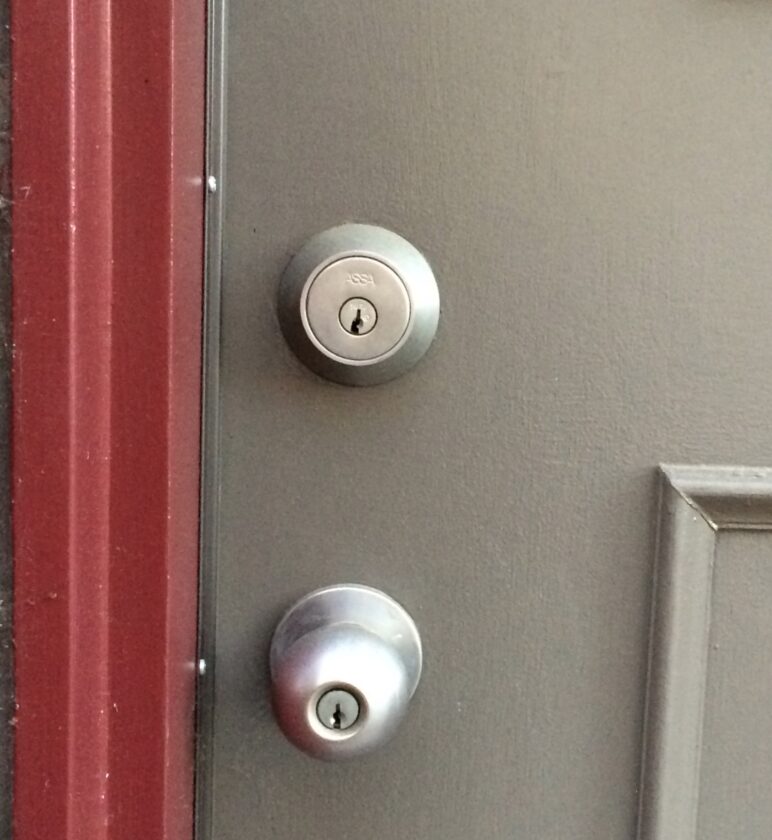 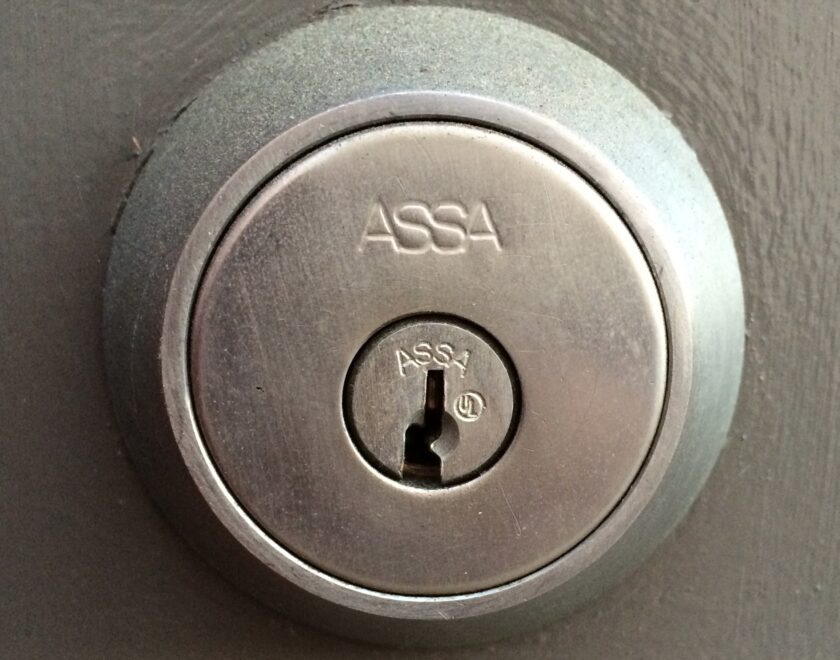 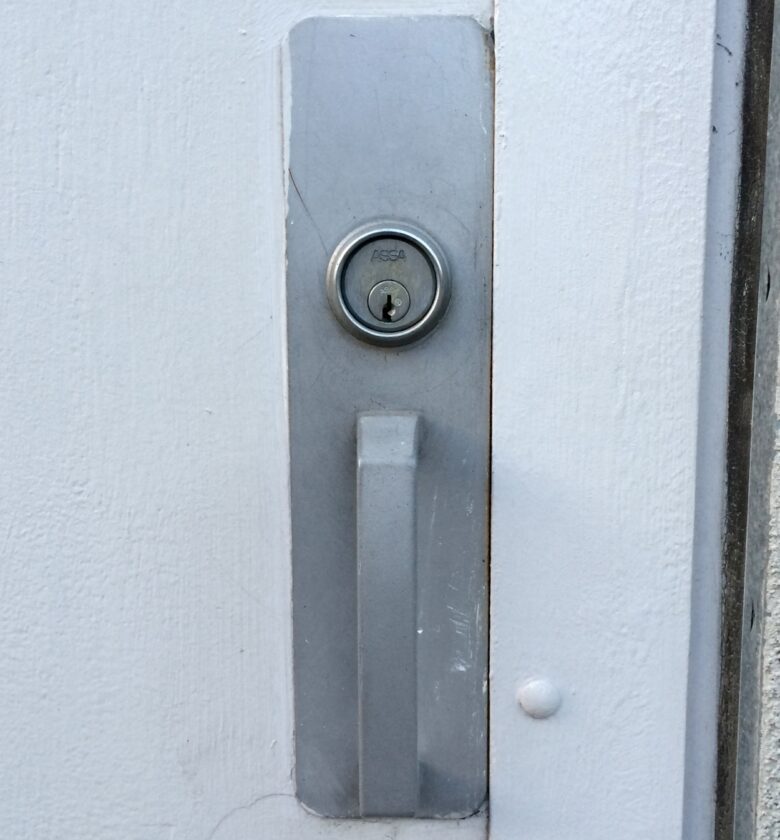 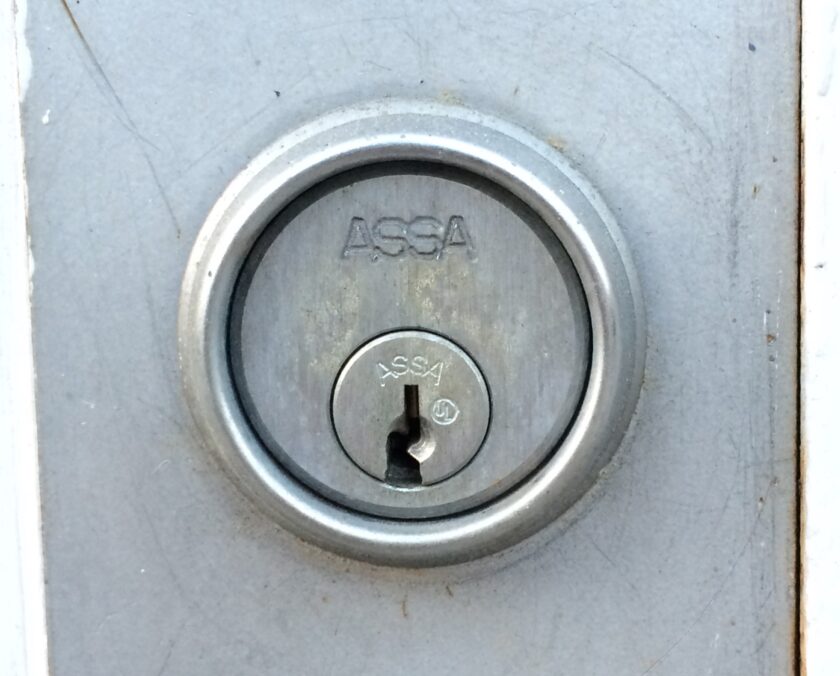 Unsurprisingly I saw quite a few Medeco locks. These were installed on both residential and commercial applications and came in several form-factors. I saw deadbolts (residential), mortise cylinders, and one key-in-knob (KIK) cylinder. The KIK was marked “GUNNEBO” – if anyone can give me any information on that I’d interested. All Medeco locks were all of the latest m³ variety. 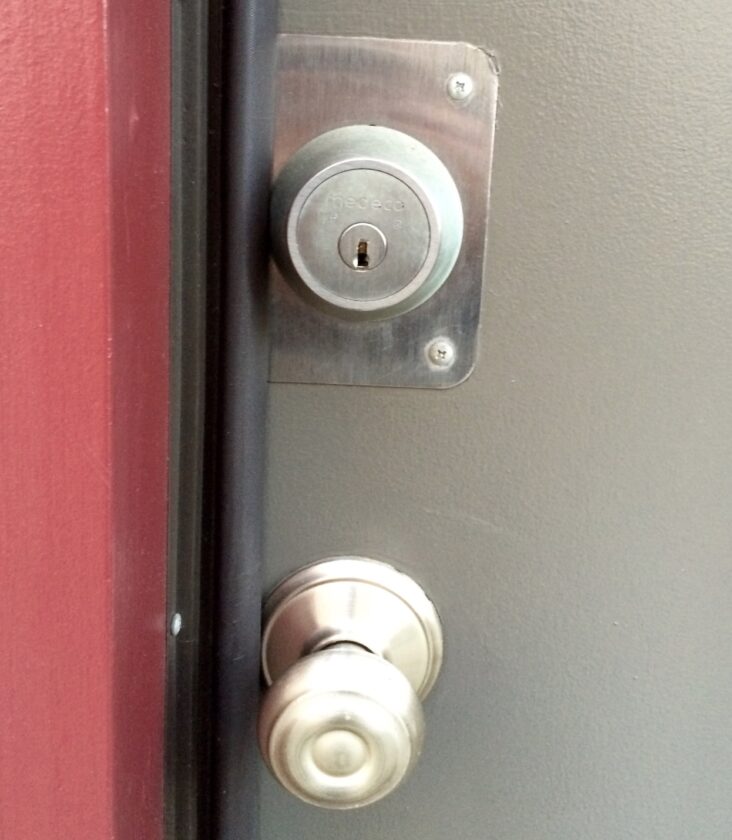 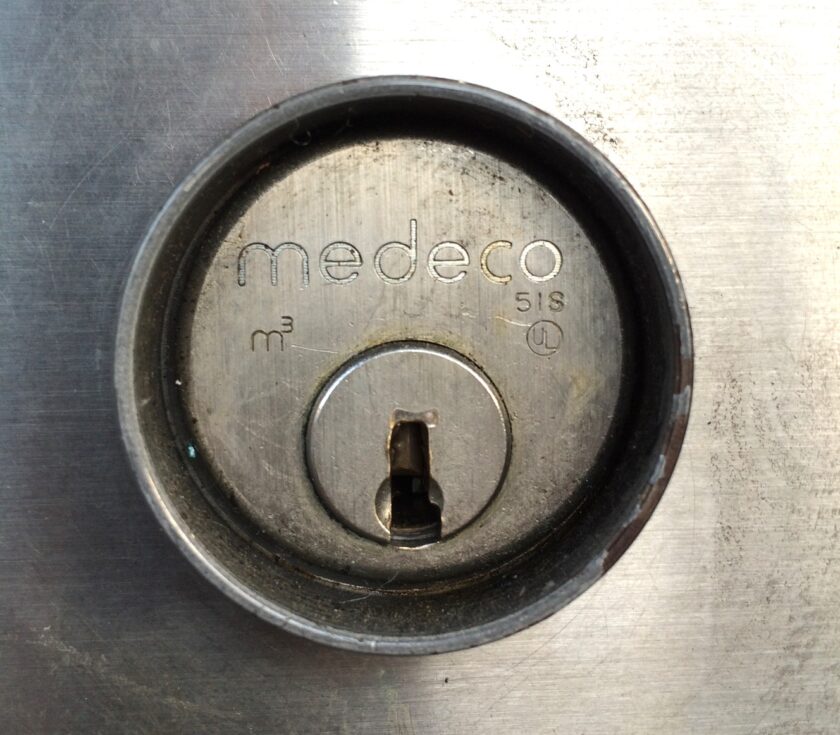 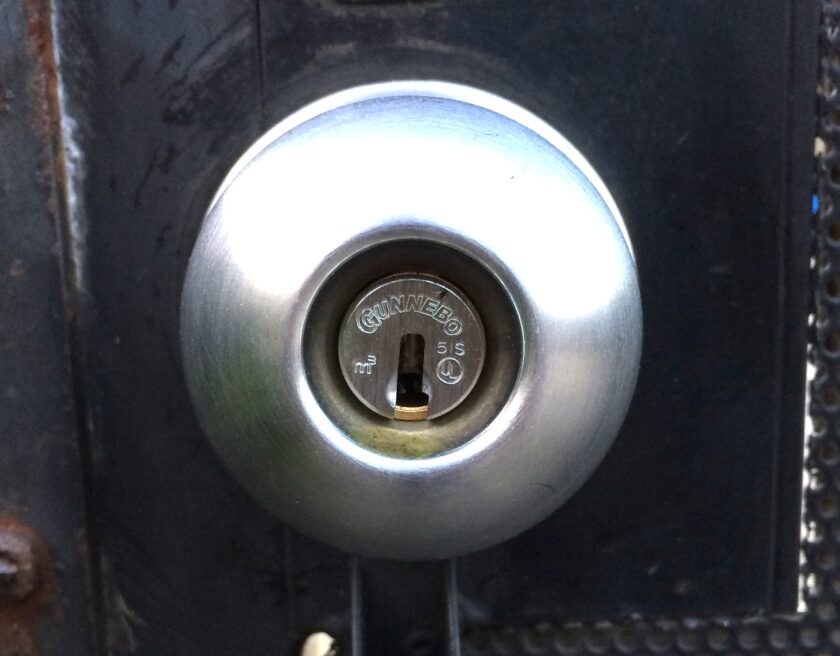 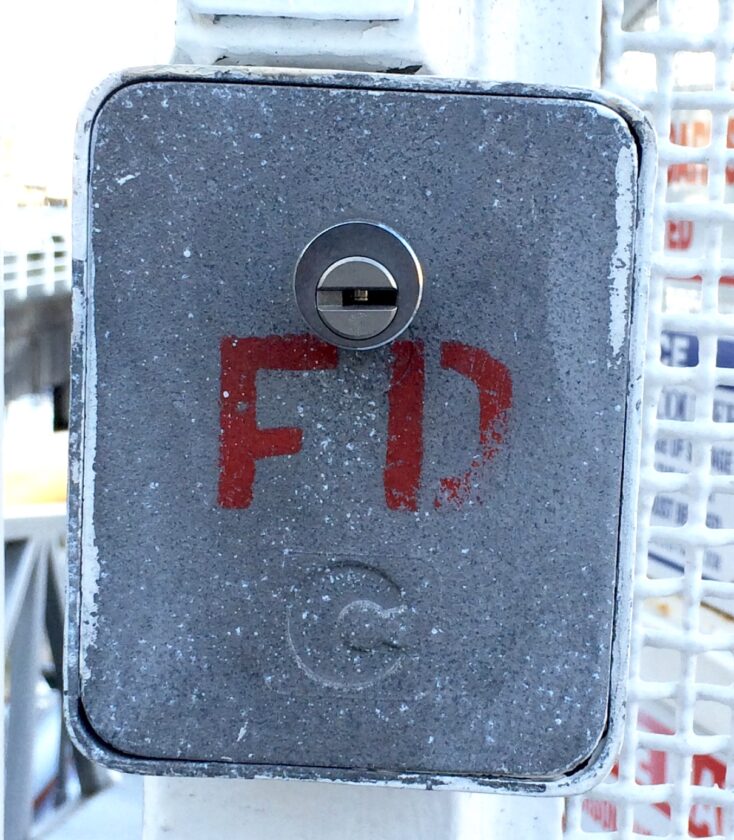 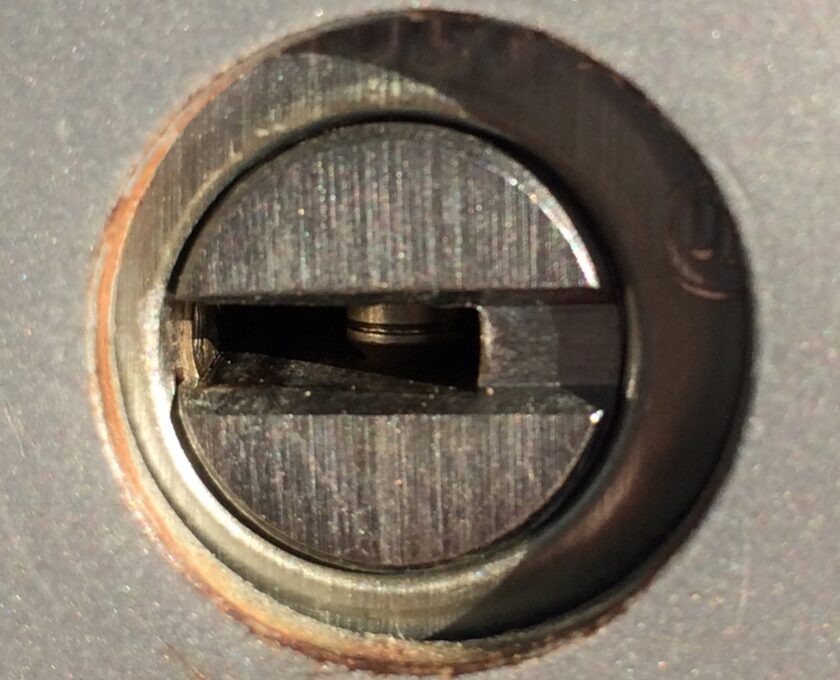 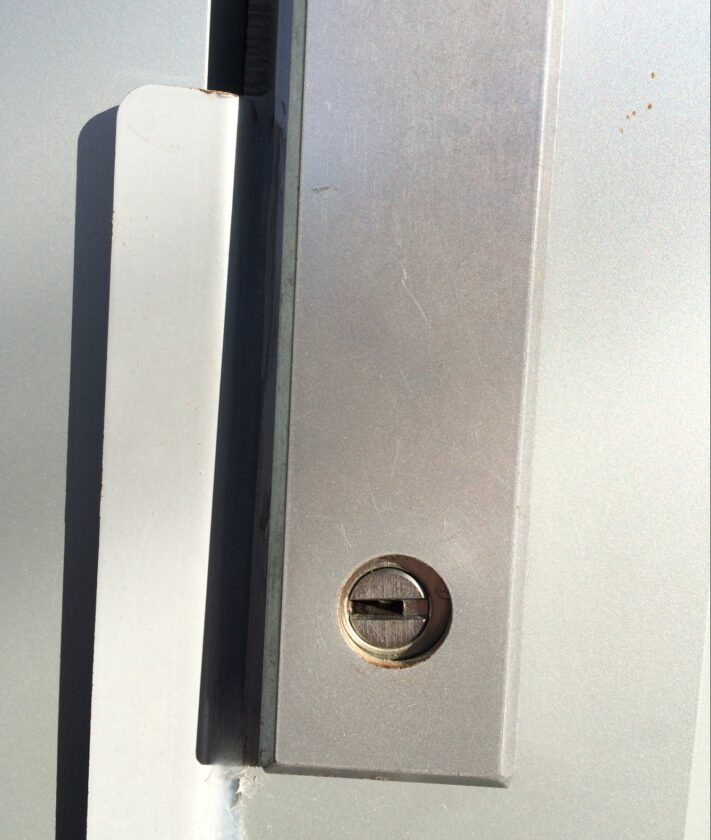 This lock was marked “US-1 LOCK” and had a keyway that looks quite similar to a Mul-T-Lock. Unfortunately I can’t confirm that, and it is possible it is a copy of the Mul-T-Lock. 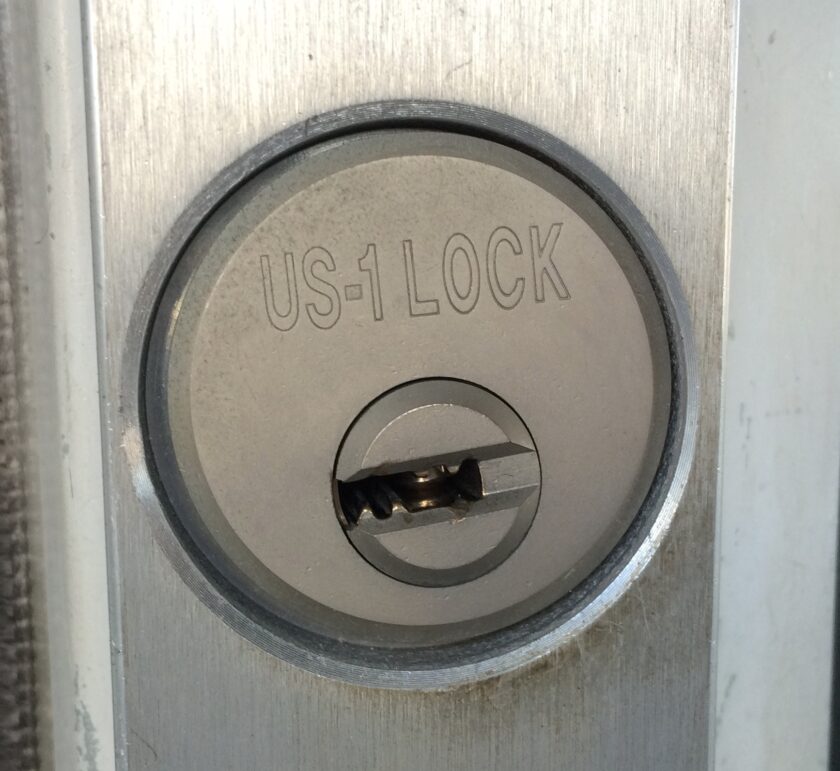 I was very pleased to find a DOM dimple key lock in the wild; these are uncommon in the US. Unfortunately, I was unable to get a better photograph. 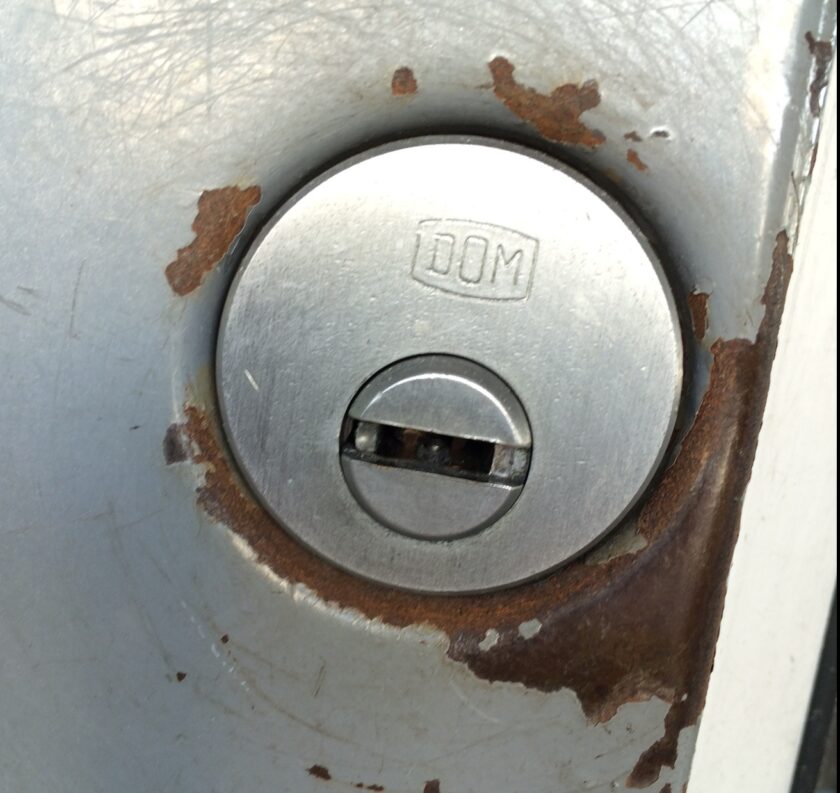 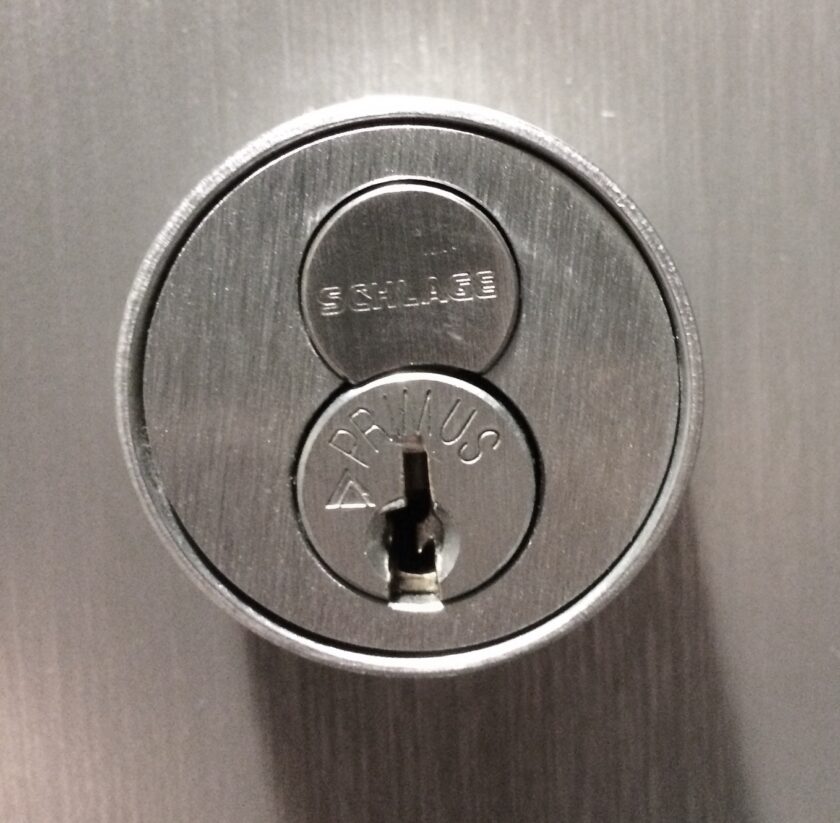 That covers all of the high-security locks I was able to find on this trip. However, I did manage to find some other, more interesting stuff. Some of it is truly unique, and I have seen it nowhere else. The first is this rim-mounted lock. The keyway is familiar to me; I ran across a padlock with a strikingly similary keyway that was extracted from Kenya circa 2013. BosnianBill has done a video on another padlock with the same keyway here. 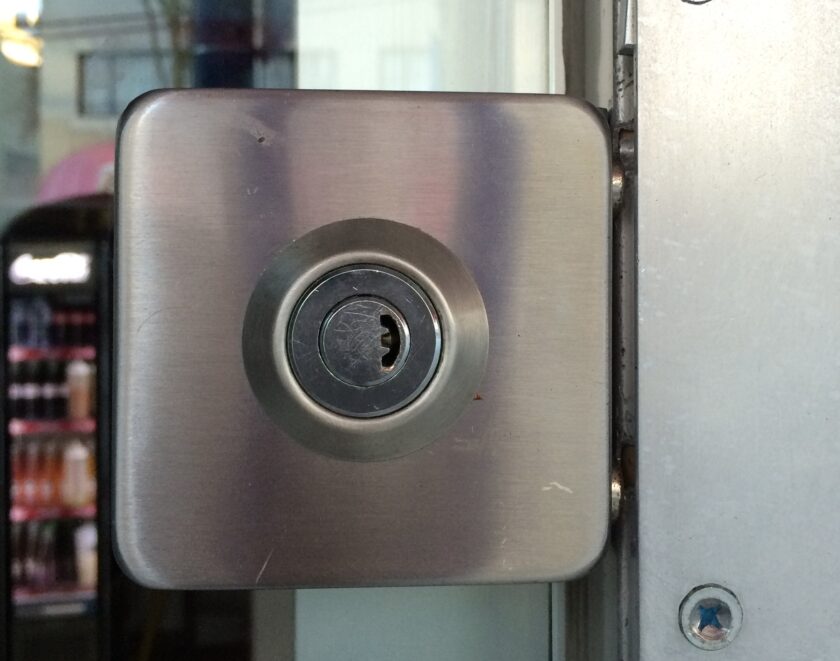 I found a very nice 7-lever padlock. This specimen was on a gate over a storefront and has seen some use. This large 60mm padlock appears to be marked “PLAZA”. 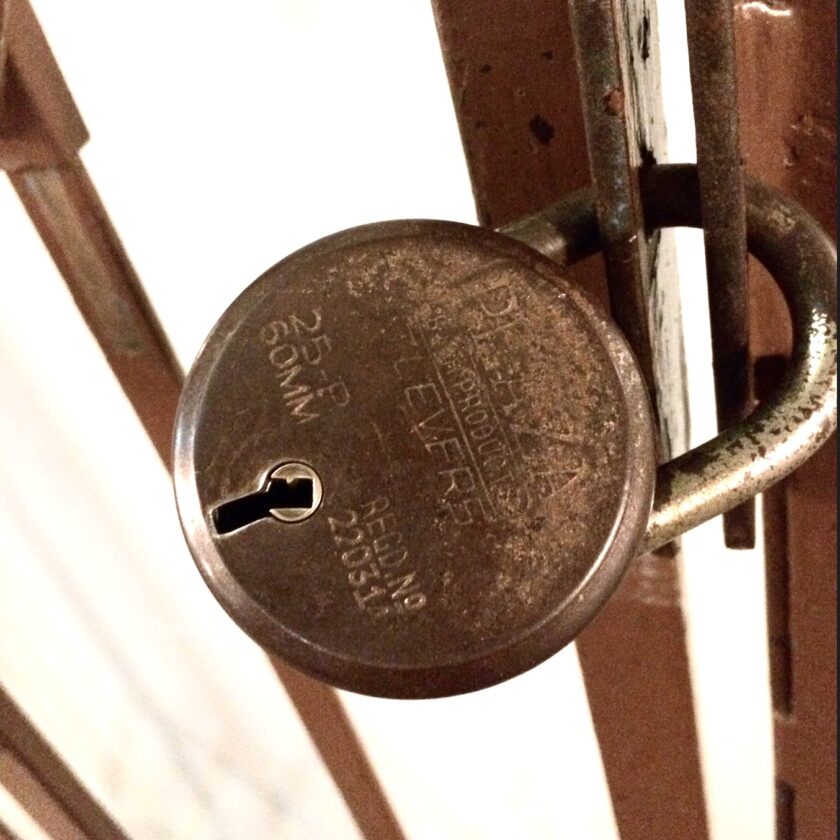 I also saw exactly one disc-detainer lock, in fairly poor condition. It appears to be an inexpensive Chinese knock-off of Abloy or Abus rotating disc locks. 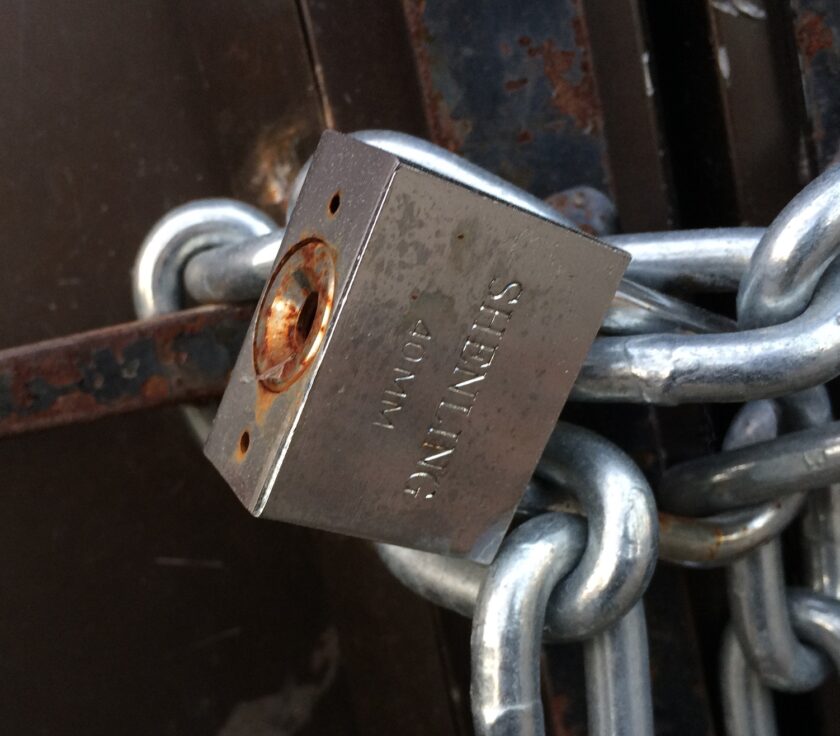 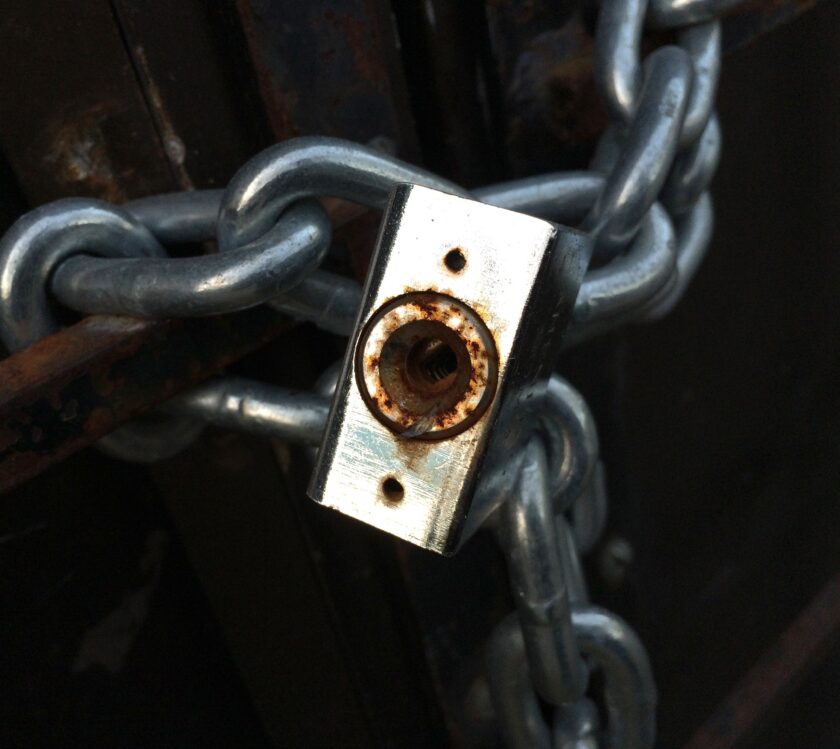 Finally, this is perhaps the most interesting security feature I saw on my trip. This appears to be hardened steel cover for a cylindrical knobset. I’m not totally sure what the purpose of this is, save to prevent someone from knocking the knob off the door, but it certainly is interesting. 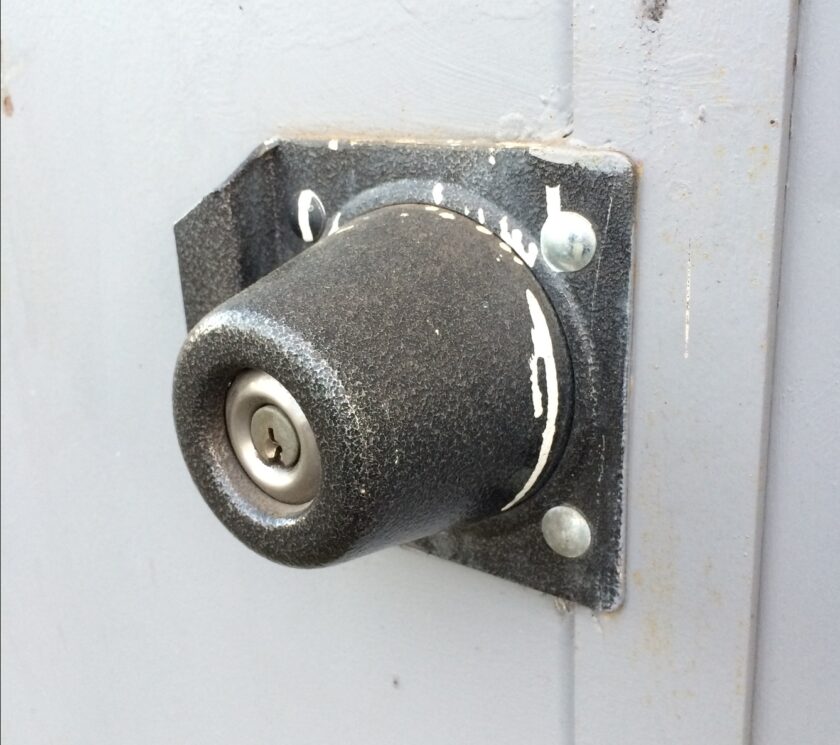