Last year I had the opportunity to spend some time in Belfast, Dublin, and Cork. Unfortunately, most of my time was spent in Dublin – my least favorite of the three. Recently I was reviewing my photos from that trip and realized how many noteworthy locks I actually found there. This will probably only be of interest to the lock nerds. If you aren’t you can still get something out of this: most American locks are junk compared to the locks used by the rest of the world.

If you enjoyed this, be sure to check out some of my other Lock Safari posts. I haven’t done one in a while, but more will be coming as soon as we’re able to travel again.

The first two don’t even really count. I did a two-day stop-over in Reykjavík, Iceland, and photographed the locks on my Airbnb apartments. They are certainly nice locks. The first is an ASSA in a Euro-Oval profile. This isn’t the high-security ASSA I recently wrote about – just a pin tumbler lock. It is still a very good lock. 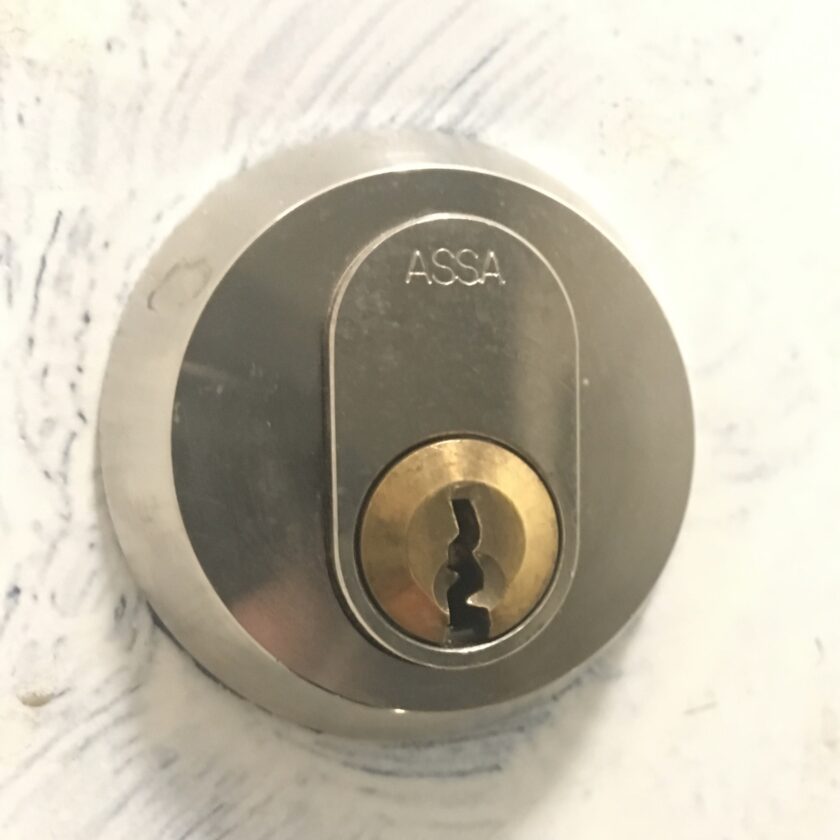 The next lock is a TESA (also now owned by the ASSA-Abloy conglomerate). TESA, like ASSA, makes “standard-security” and “high-security” locks. Even the standard-security locks, as this one appears to be, vastly outperform most residential locks in the US. Note that this lock with the exposed screws was the interior cylinder. 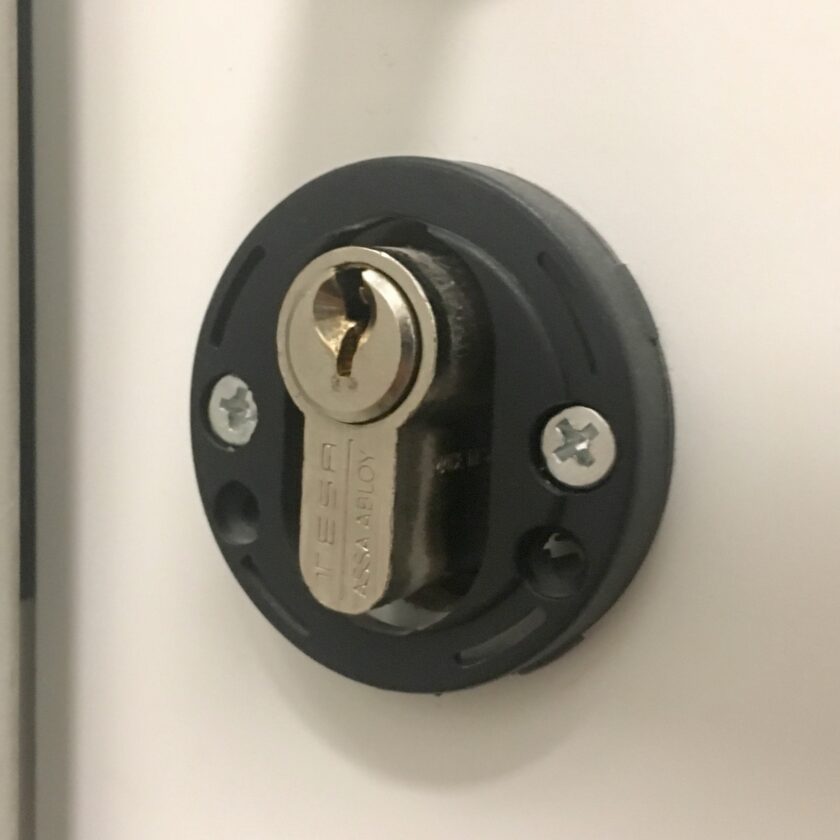 Two Airbnb apartments and two really nice locks. What are the odds? Really good – as I said most countries are way, way ahead of the U.S. when it comes to mechanical locks. Now, on to Dublin!

Once I got to Dublin I immediately started seeing interesting locks. I’ll be honest: I have no idea what this first lock is but it looks interesting to me. The keyway obviously has some contouring to it, and the first pin appears to have a bevel. I can’t be sure, but this lock certainly piques my interest. It was found on an elevator at our first Airbnb. Unfortunately I failed to take a photo of the key. 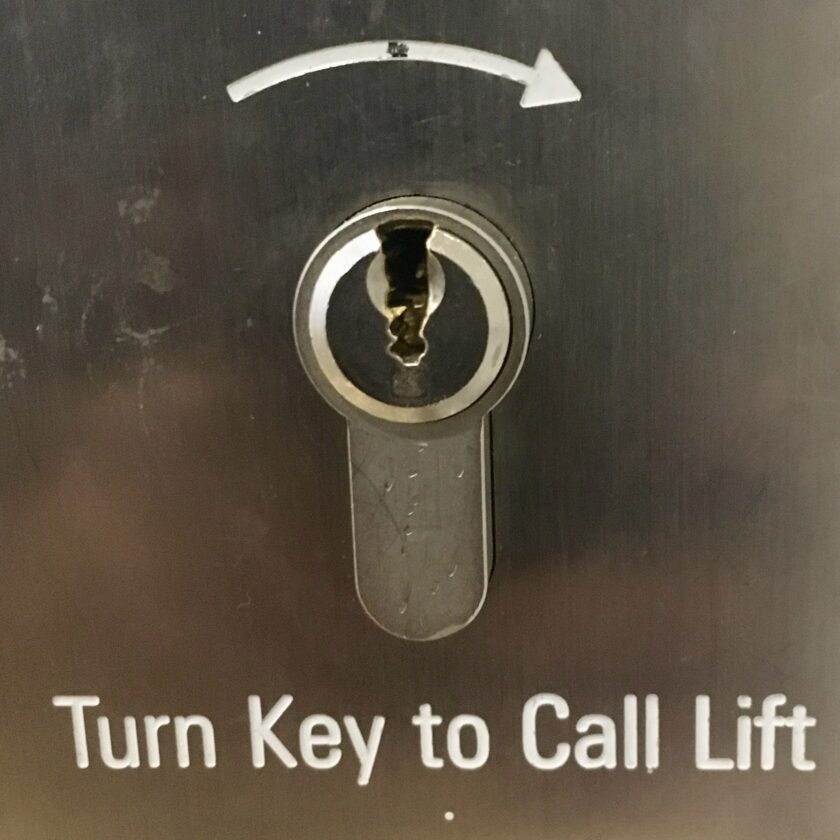 Most of the remainder of the locks here were found throughout town. I have no idea who makes this first lock. It looks like a standard pin tumbler, again in a Euro Oval form factor. Look at that keyway, though – very paracentric. I would hate to have to pick this lock. 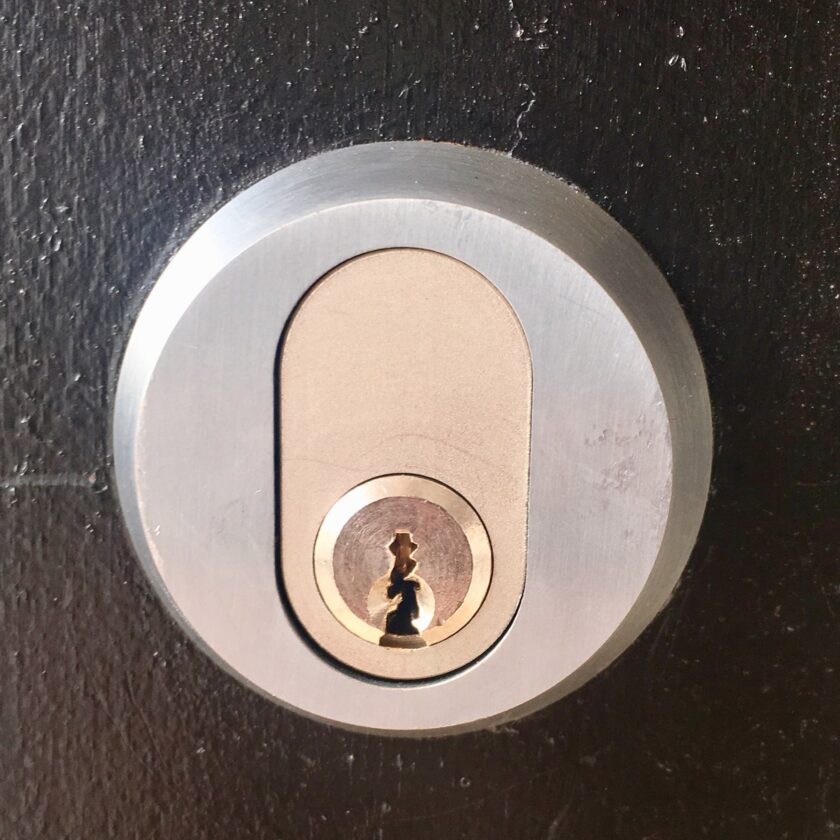 This is a Medeco I recognize the keyway, one of those products of unconsciously scanning hundreds of thousands of locks over the years. The “J. Williams Ltd.” is the stamp of the locksmith who sold/installed the lock. I expected to see many more Medecos in Dublin, but didn’t. 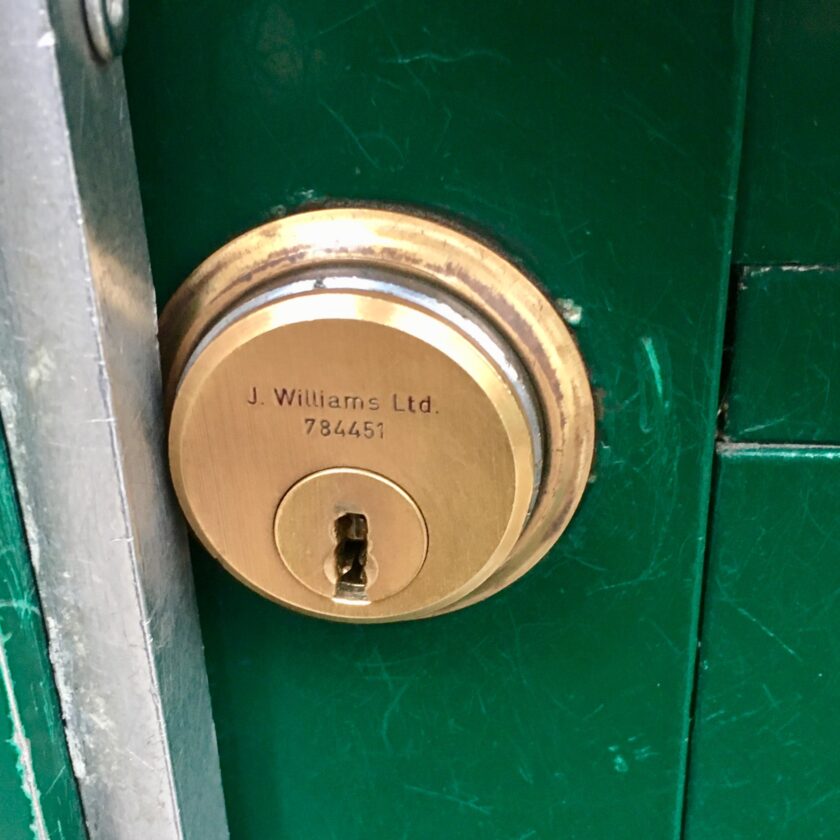 I did see quite a few Mul-T-Locks. Below are three examples – a rim cylinder, a Euro Profile, and a Euro oval. 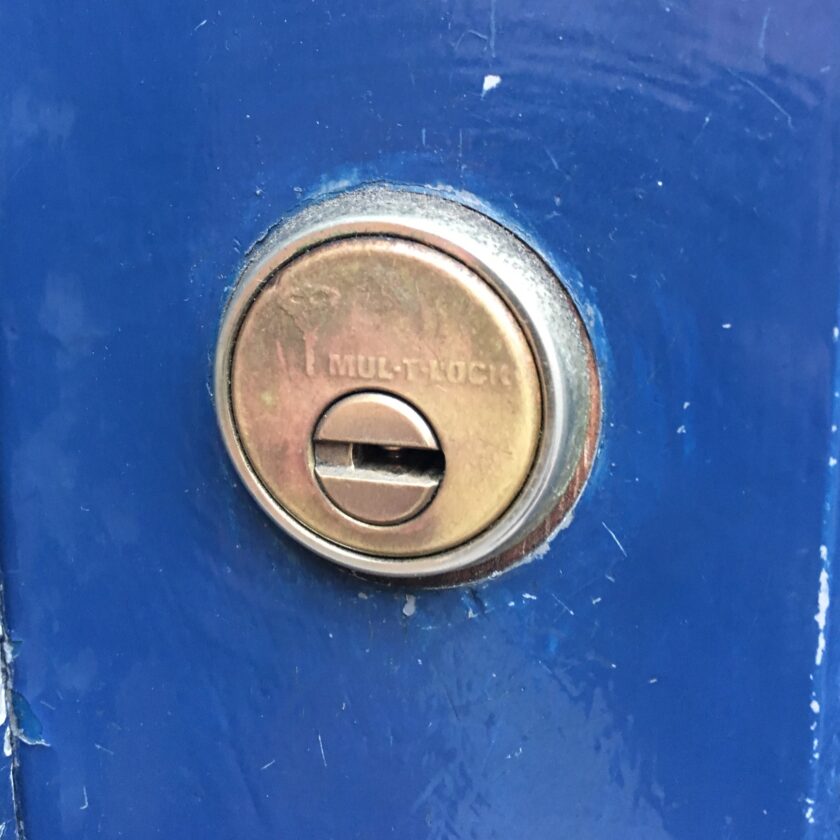 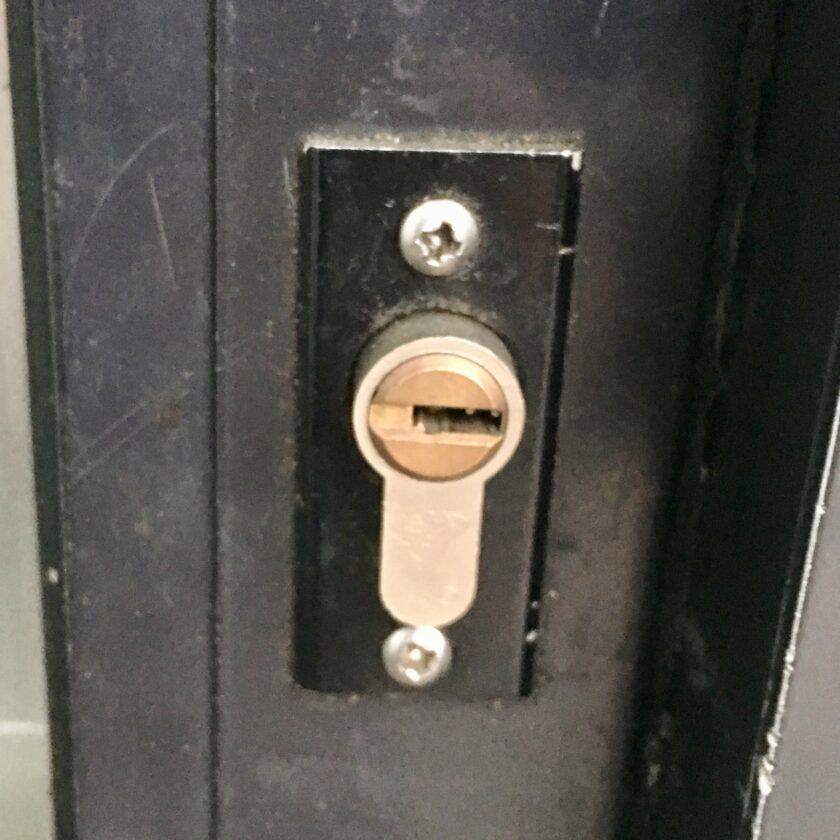 The third Mul-T-Lock, but that’s not the reason I included this photo. Above it is a very interesting Euro profile lock. I have no idea what it is, but it was also installed by J. Williams Ltd., same as the Medeco above. Check out the keyway; it is highly contoured. Again, this would be a very tough lock to pick because of the keyway. 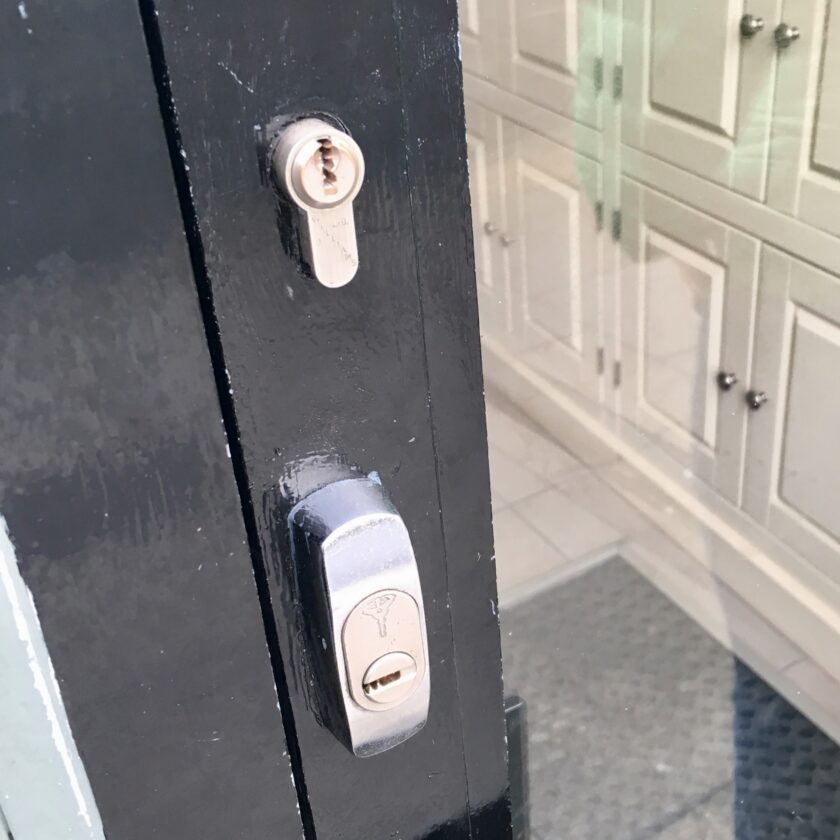 I wish I had taken the time to get a better picture of this Zeiss Ikon. The keyway is one of the most radically paracentric keyways I have seen in a long, long time. The keyway alone makes this a very cool find; imagine trying to maneuver a pick around in there. 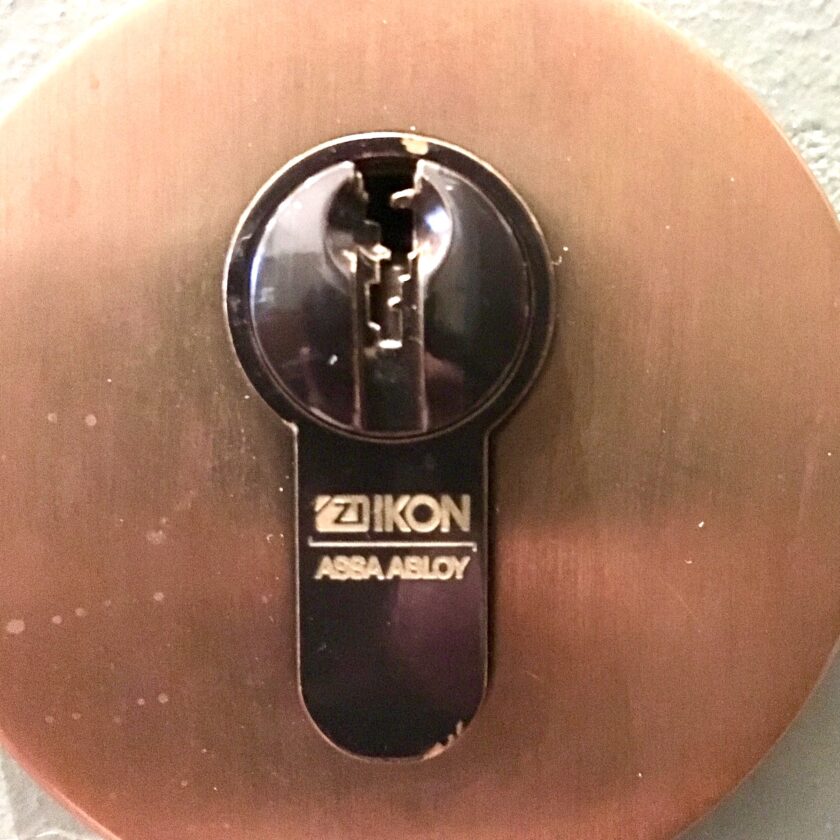 I also ran across a couple Abloys. This is a newer model, probably a Protec. This is a very, very good lock. I don’t think I’ve mentioned it previously, but not only are Abloys some of the most secure locks on the market, they are also some of the most durable. Their rotating disks don’t rely on springs that will eventually give out. These locks are fantastic for demanding outdoor/exterior environments. 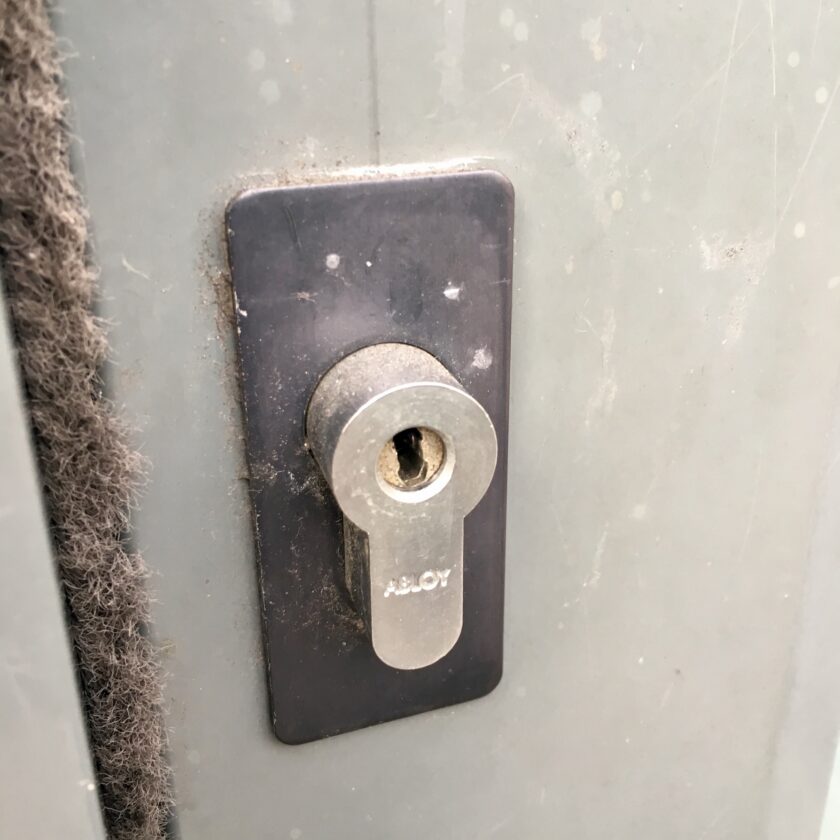 This Euro-oval lock was on our last Airbnb. It appears to be made by Abus, as indicated by the key below. 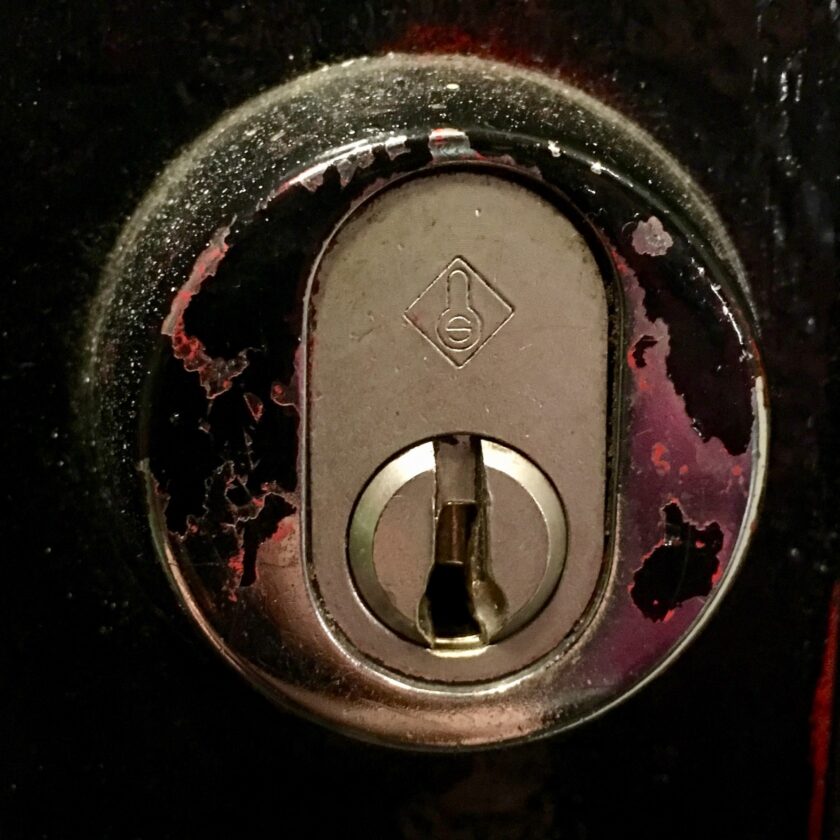 Generally know in the U.S. for their rotating disk padlocks (I found a couple on Lock Safari: Seattle) Abus also makes pretty solid door locks. This lock has six pins, a nicely contoured keyway, and a passive security measure. Note the recess on the tip of the key. That is there to allow a ball-bearing or some other feature to fall into place when the key is turned. If this recess is not present on the key, the ball bearing will be retained in its position and keep the lock locked. This is called a “passive” measure because it is an absence of material on the key rather than a specific feature that permits the lock to unlock. Of course this passive feature is in addition to the six pins, which are doubtlessly quite good. 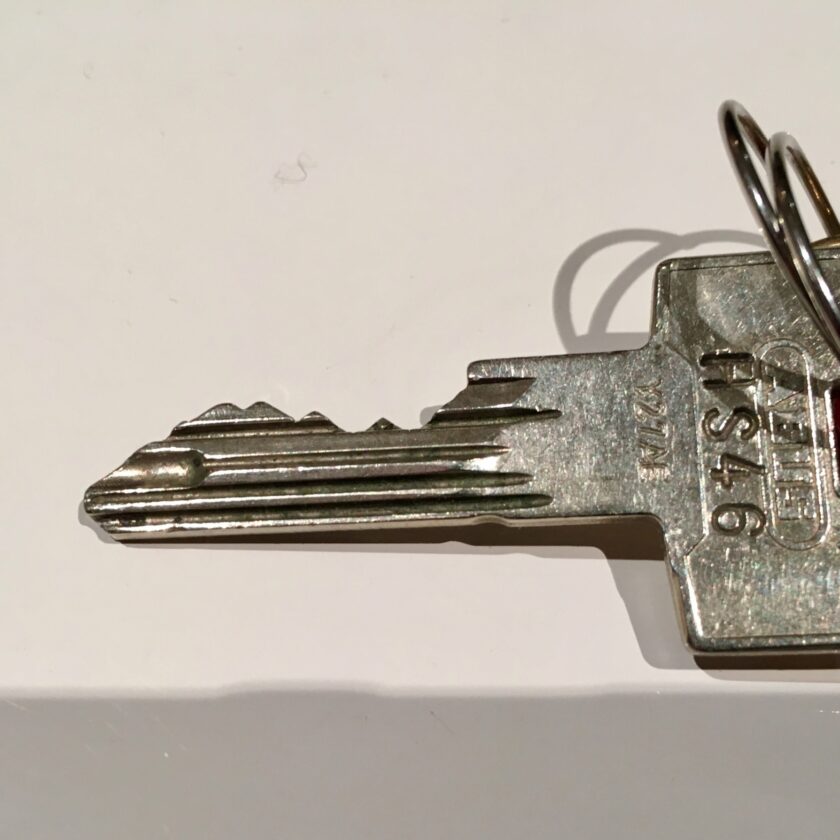 I found this awesome ASSA Ruko padlock on a dumpster in an alley. I didn’t take this padlock but I’m not going to lie: I was certainly tempted to. Someone left this beautiful padlock hanging unlocked because, “who would want a lock with no key?” I would! Don’t leave your padlocks lying around unlocked! The ASSA Ruko is a nice padlock from ASSA that spans the gamut from “standard-security” to “high-security”. I would liked to have gotten a photo of the keyway but it was pretty dark in the alley and I was lucky to get this blurry photo. 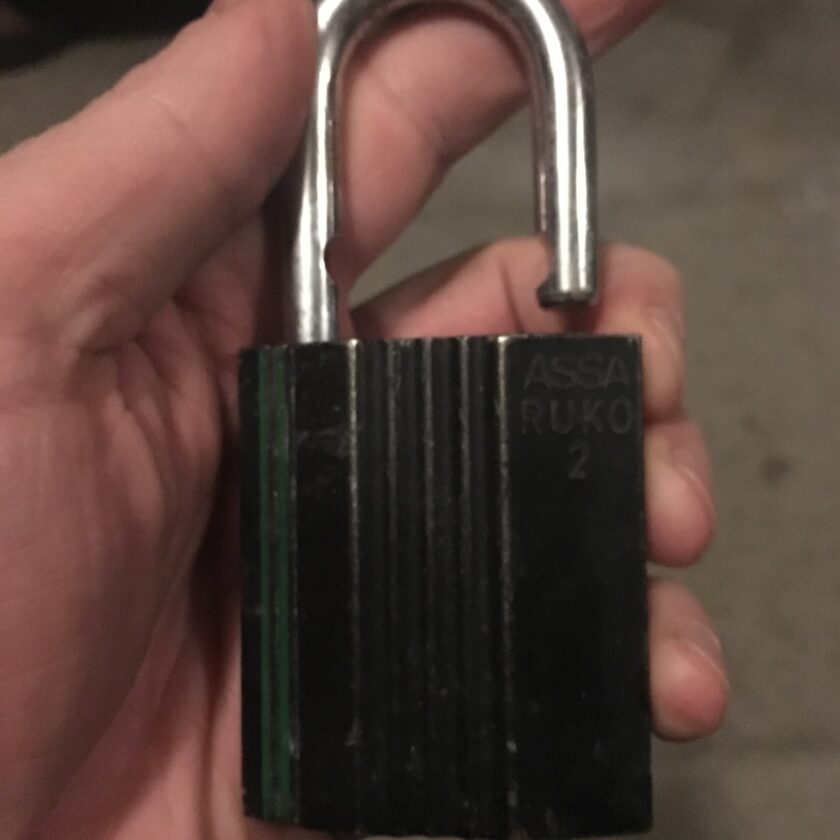 This Mul-T-Lock padlock was found on a gate at Trinity College. 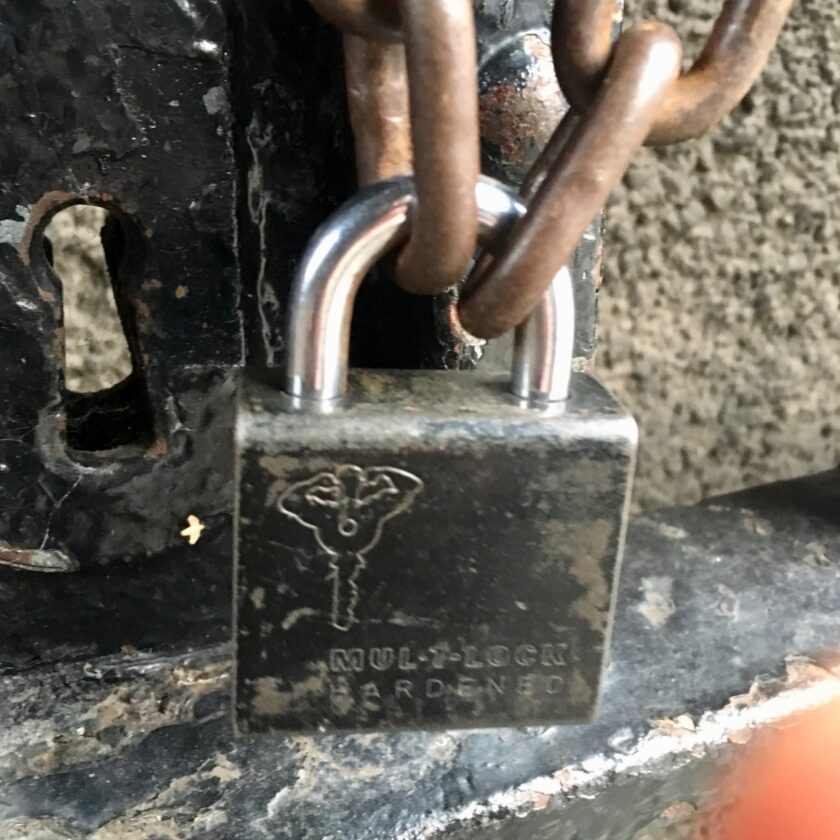 Another Mul-T-Lock at Trinity College. I found this one interesting because of the Chinese Tri-Circle padlock right beside it – top of the range, and bottom of the barrel. You almost couldn’t ask for a better contrast. At first I thought you could open the chain with either the Mul-T-Lock OR the Tri-Circle, but it doesn’t look like that is the case. 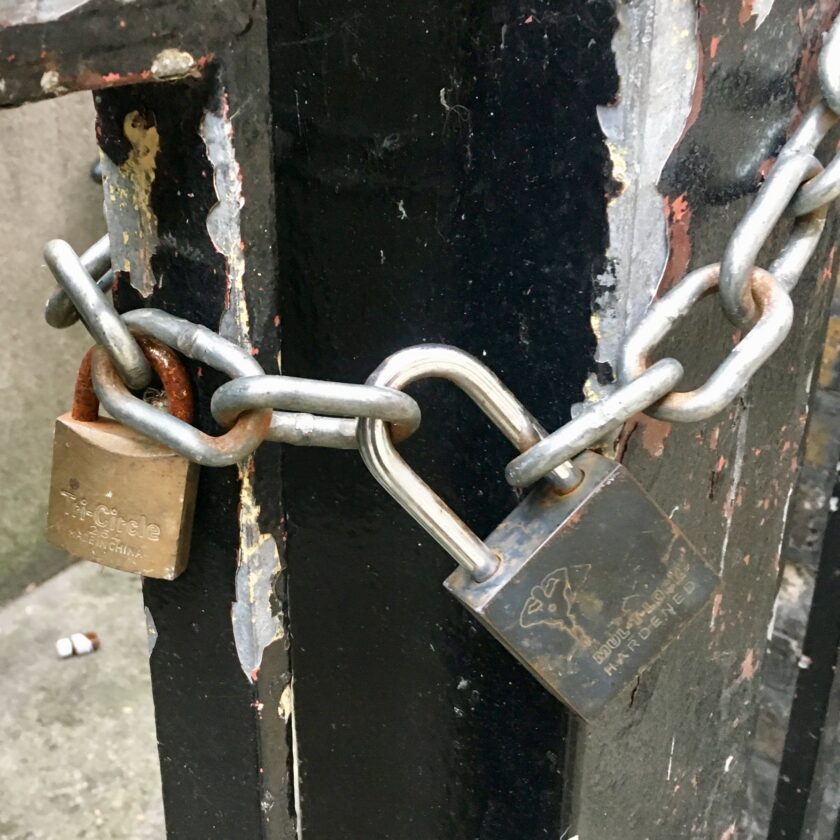 The last cool functional padlock I saw was an Abloy. This one was welded to one side of the chain it protects, probably to keep it from getting lost (or jacked by weirdos like me). 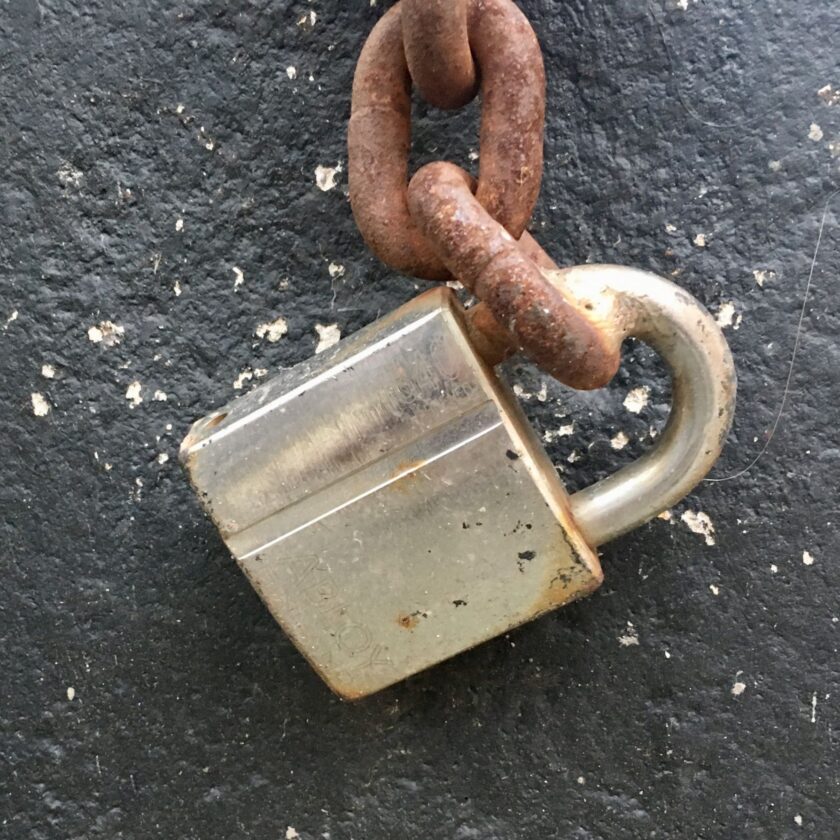 We also saw quite a few historical locks. I won’t bore you with all of them but we did see quite a few at Kilmainham Gaol. These included the locks on cell doors (obviously) and a number of padlocks and keys on display in the museum. 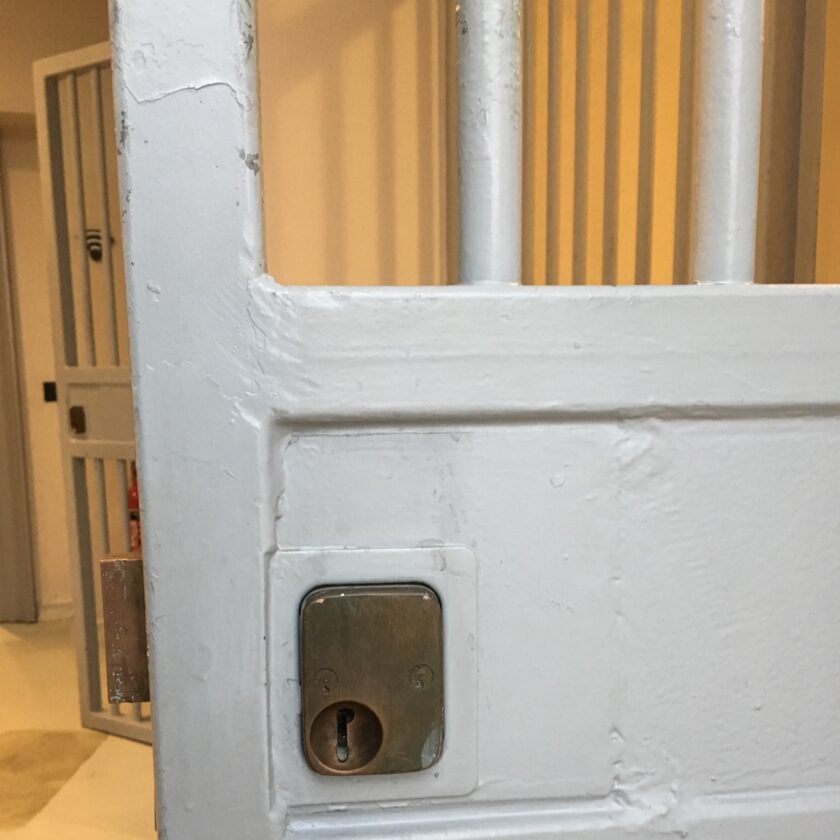 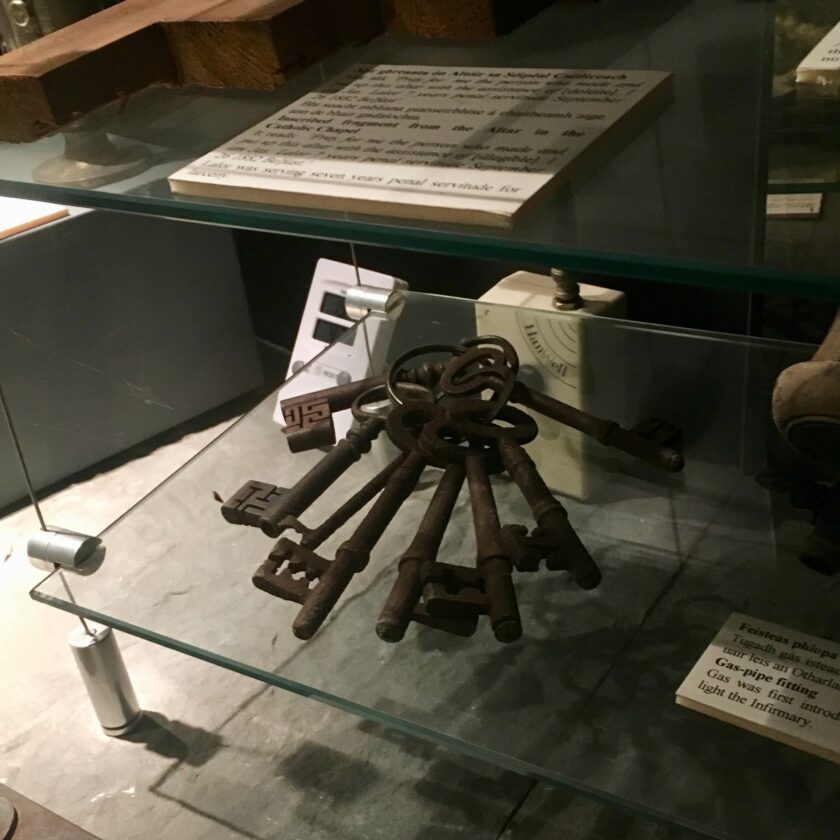 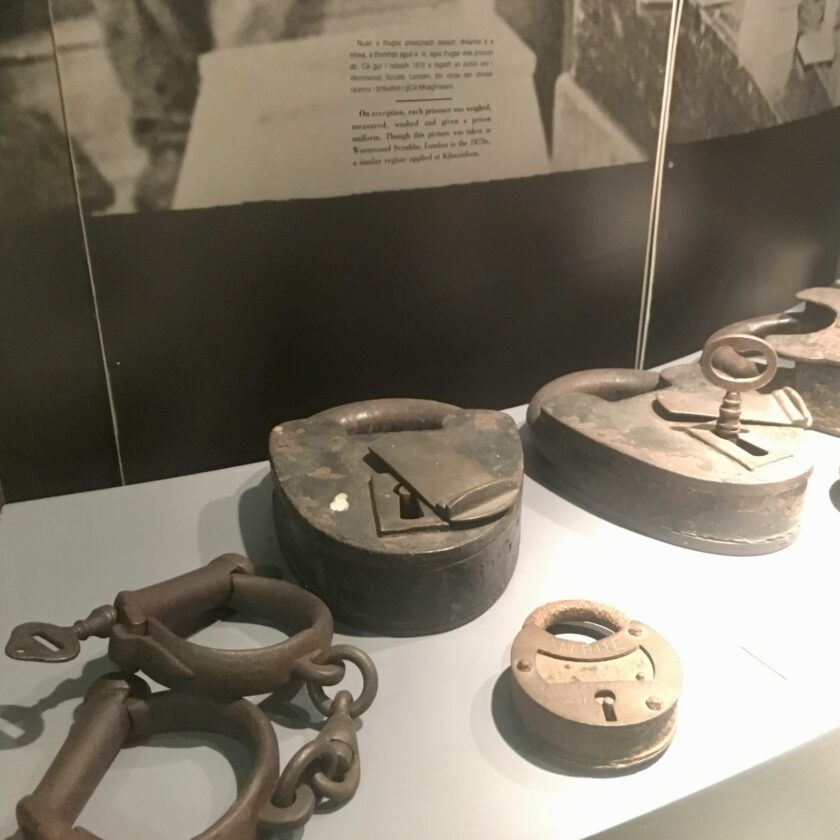 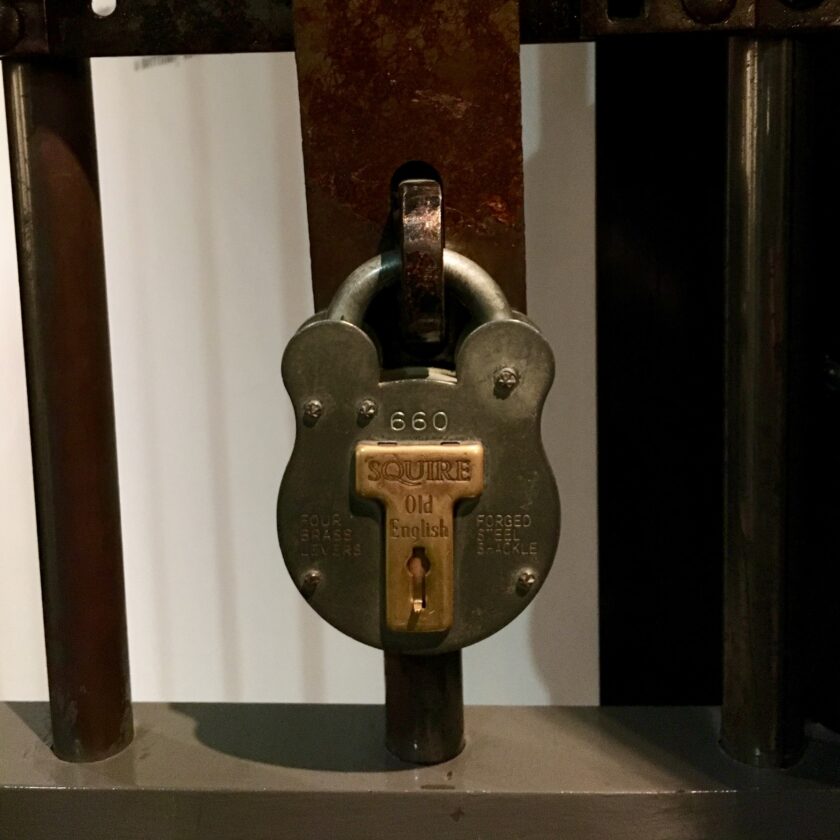 No tour of Dublin would be complete without a trip to the Guinness Storehouse at St. James’ Gate. The safe below was used to store Arthur Guinness’ prized recipe. One imagines now it is stored digitally and hopefully well encrypted. 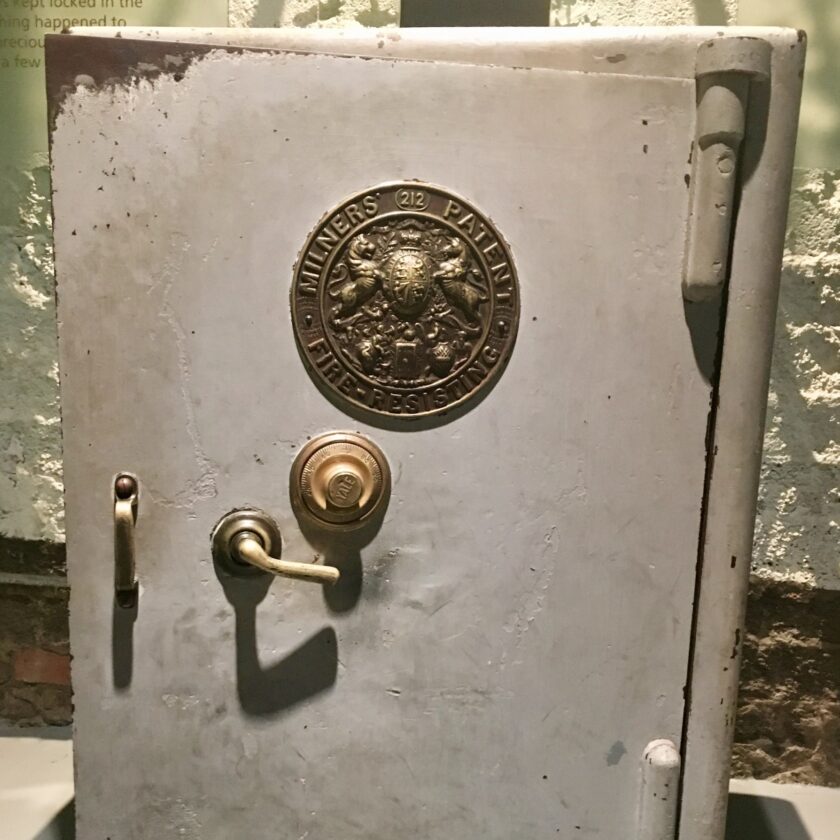